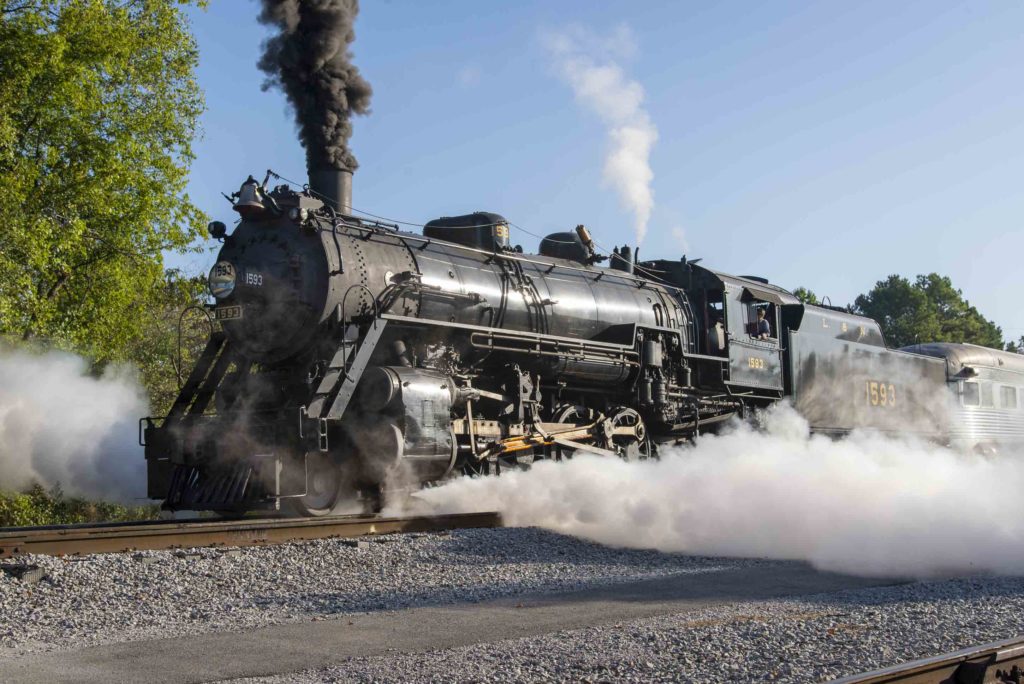 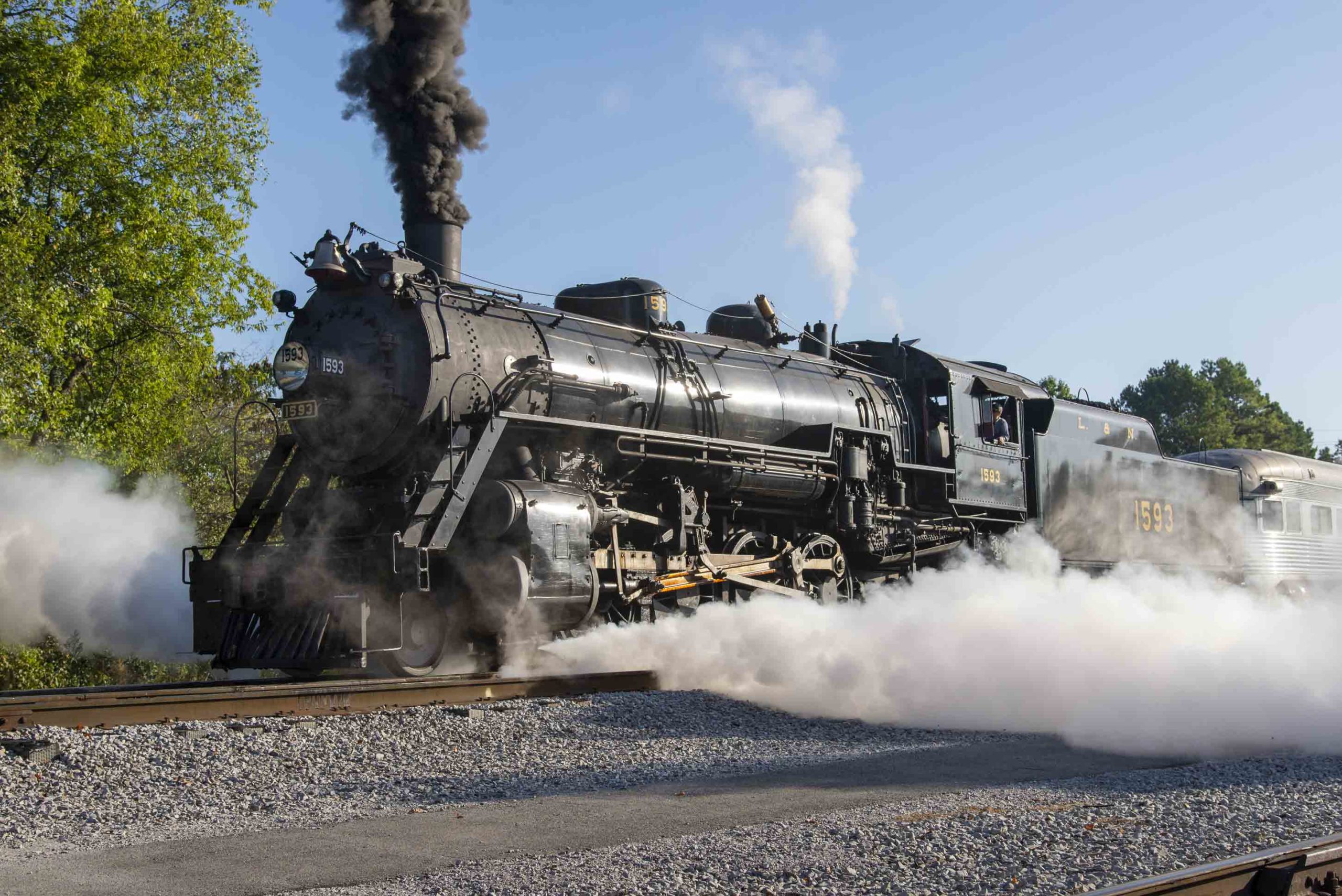 SR 4501 dressed as L&N 1593 departs Chattanooga Saturday.
Charles Buccola
CHATTANOOGA, Tenn. — Four years ago, the Louisville & Nashville Historical Society worked with members of the brand-new Kentucky Steam Heritage Corp., to cosmetically alter the appearance of C&O number 2716 to resemble an L&N M-1 class 2-8-4, number 1992 (one number higher than the last L&N “Big Emma,” all 42 of which were scrapped). It was fun, and the photo opportunities memorable, but, alas, it wasn’t a live steamer (‘Bringing a painting to life,” February 2017 Trains).
For its 2019 convention at the Tennessee Valley Railroad Museum in Chattanooga on September 19-21, 2019, society members worked with the museum staff—particularly veteran George Walker, TVRM’s general manager of passenger operations—to perform a similar makeover. This time however, it would be a working “L&N” steam locomotive.

George and his crew used lettering information and other specs provided by the L&NHS to disguise famed Southern Railway 2-8-2 No. 4501 as an L&N J-3 class engine, numbered 1593. The 4501, was built by Baldwin in 1911, and through years of service on the Southern, the Kentucky & Tennessee, and on excursions since 1966, it had acquired many of the styling features of engines built to the United States Railroad Administration during and after World War I. While the engine is not a USRA model (Southern’s own engines of the Light USRA Mikado design were class Ms-1), it comes very close from a visual standpoint. The L&N’s J-3 engines were also Light USRA Mikes, with 93 engines numbered 1500-1592. The next available number was selected since South Louisville Shops applied a Worthington feedwater heater to No. 1592, a feature added to #4501 during its most recent rebuilding.

To complete the makeover, an extra-large Sunbeam-model headlight (from L&N 2-8-0 number 1301, same type used on virtually all L&N steamers) and an L&N chime freight whistle were loaned, also thanks (again) to the Kentucky Steam Heritage Corporation. With a wooden number plate, correct lettering and numbering on the tender and engine, and an L&N trademark steam feature — the engine’s road number painted on the headlight lens — the disguise was remarkable.
“L&N 1593” posed for night photos, and powered the regular short-turn passenger run to Chickamauga, Ga. The icing on the cake was the inclusion of just-restored L&N heavyweight diner “Cross Keys Tavern” in the train. Another restoration completed just a day before the convention began was L&N caboose 1236. It was repatriated from a farm less than two months ago.
For a brief period, L&N fans were living the dream at Chattanooga. George Walker and the entire TVRM had worked tirelessly to make it a weekend to remember. Said one member, “…it was like going back in time, but with my digital camera!”