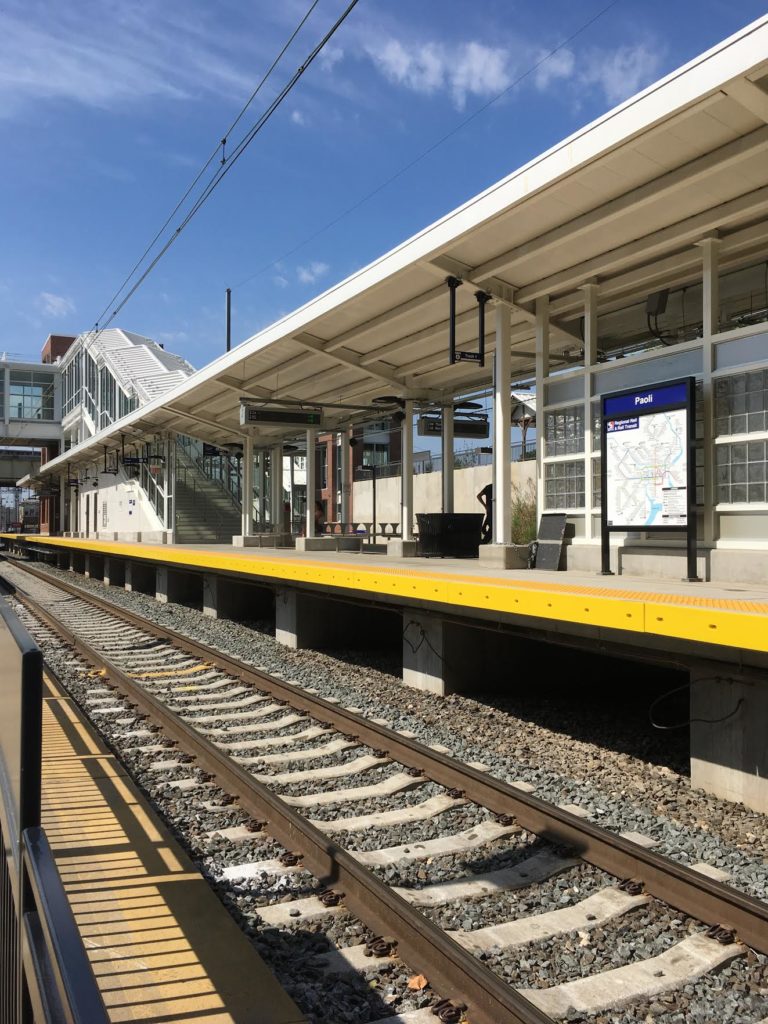 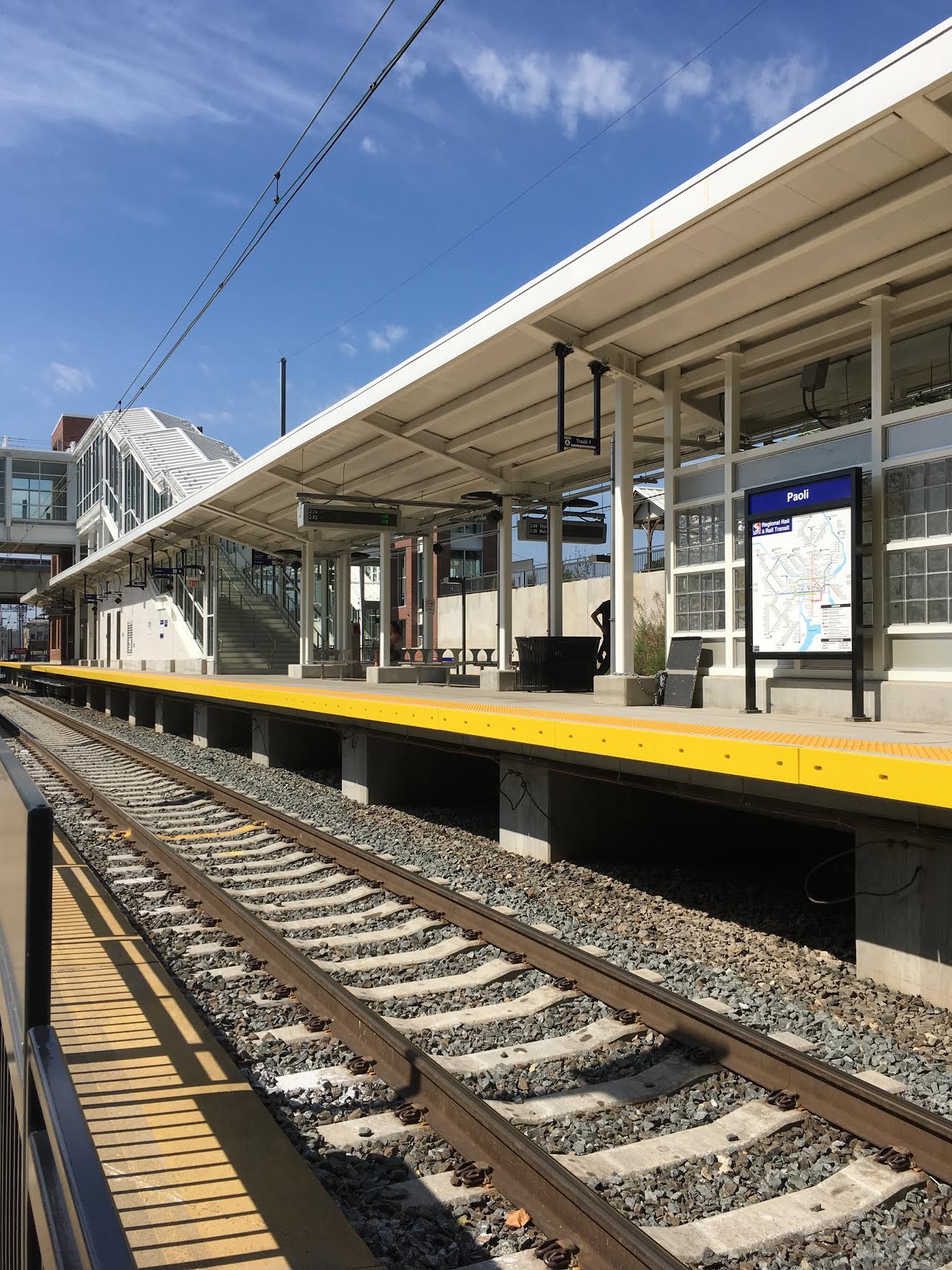 The rebuilt Paoli, Pa., station opened on Sept. 23.
Kitty Laepple
PAOLI, Pa. — The Paoli Local has a new home, but lost two of its tracks in the process. The $48 million Paoli Station Accessibility Improvement Project officially opened on Sept. 23. Amtrak and SEPTA officials, as well as state and local dignitaries, cut a ribbon to open the new facilities.

The improvements include a new center high-level platform, which required removing tracks 2 and 3 of the four-track former Pennsylvania Railroad Main Line — the historic Great Broad Way. To make the station fully accessible, new elevators and stair towers were built, connecting a pedestrian overpass to the new platform.

Owned by Amtrak, Paoli station is served by 25 Amtrak Keystone Service trains and the two New York to Pittsburgh Pennsylvanians on weekdays, as well as 78 SEPTA trains between 4:30 a.m. and 1:25 a.m. In 2018, 232,159 riders boarded Amtrak and SEPTA trains at Paoli. Five SEPTA bus routes also stop at the station, and there are 476 parking spaces available in two SEPTA parking lots.