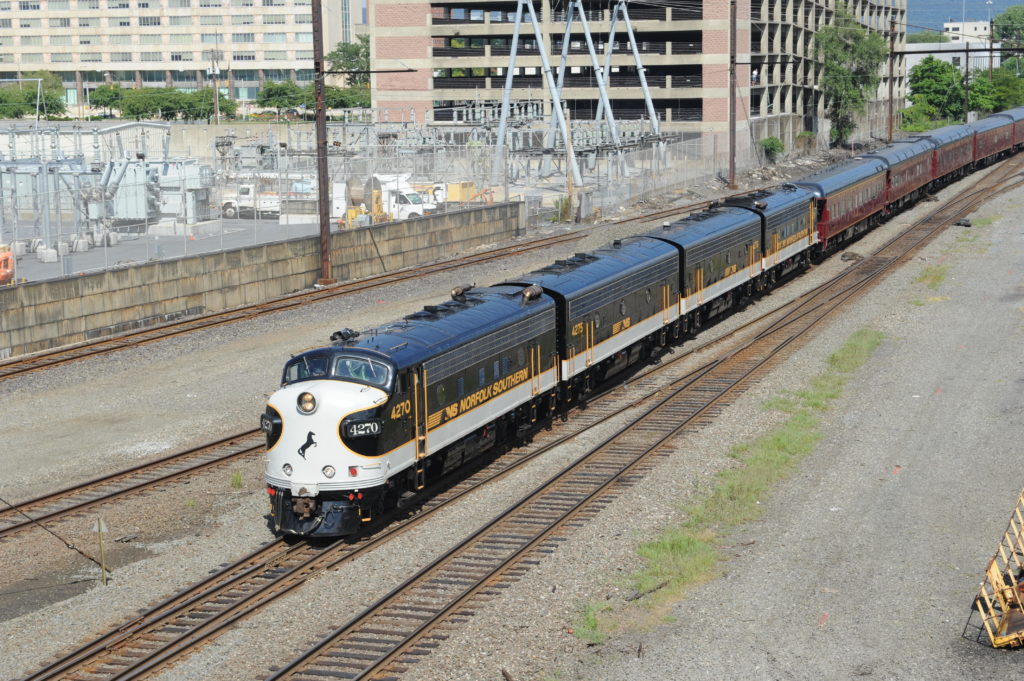 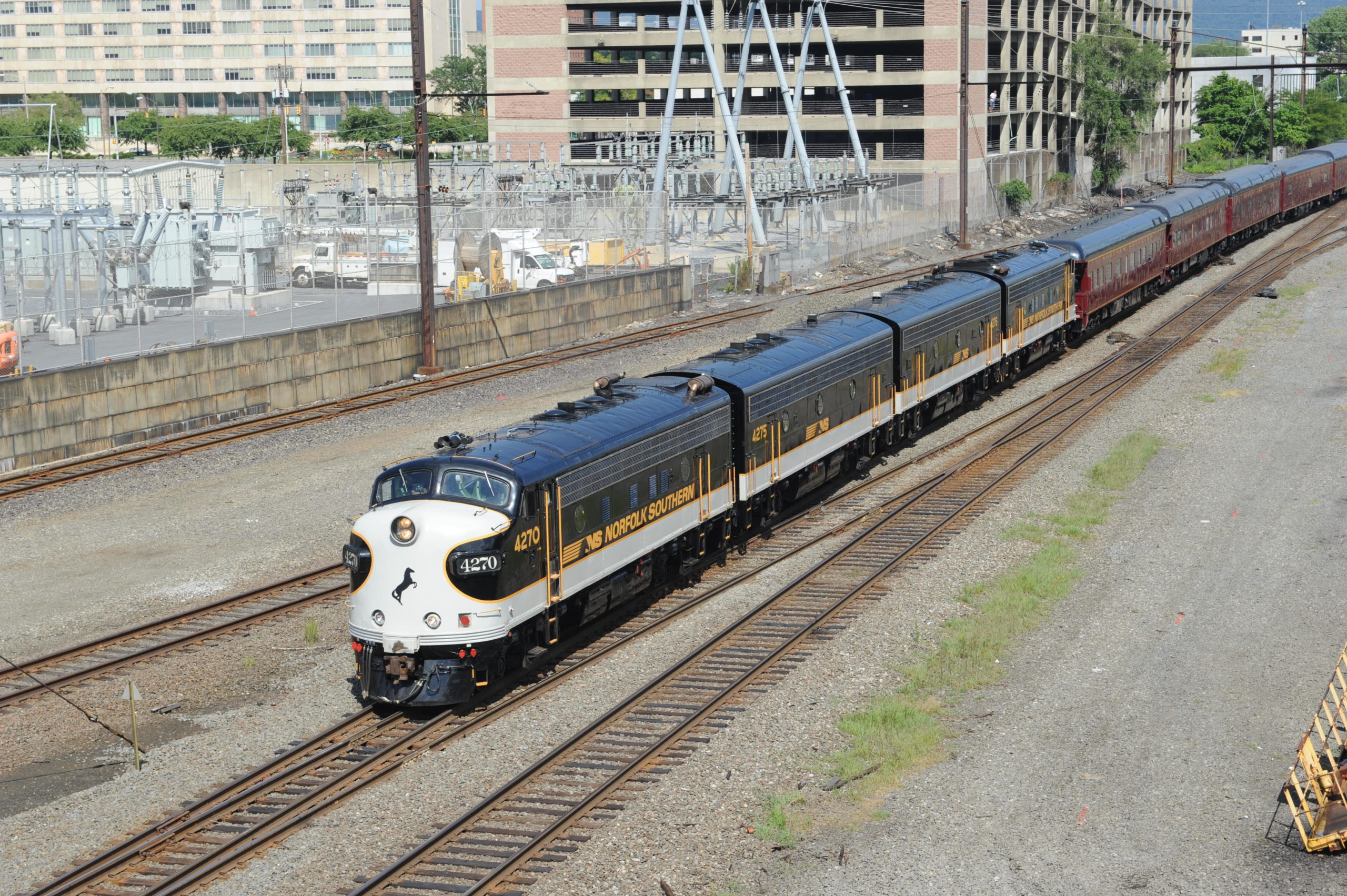 “We’re going to fix them up for our passenger train,” R&N owner and chairman Andrew M. Muller Jr. tells Trains News Wire. The railroad operates special trains over much of its 350-mile system throughout the year, using freight locomotives and its large collection of passenger cars.

R&N already owns two former Bessemer & Lake Erie F7s that are being restored for service. Muller says the newly acquired A-B set will be teamed up with one of the ex-B&LE units to form a matched A-B-A lashup.  Tentative plans are to replace the NS light gray paint with R&N Tuscan red on the streamlined units. They will retain their NS numbers. Interestingly, the Reading Company rostered a freight F7 carrying No 270 through the 1950s and ’60s. The new No. 270 will operate on some of that same trackage.

“I’m really surprised we got these,” Muller says. He expected a larger railroad to win the bid to buy the quartet. All four Fs are stored at Altoona, and Muller says that he expects his two to move east to the NS/R&N interchange at Reading, Pa., soon.

Initially, the new acquisitions may be viewed at Reading & Northern’s Reading Outer Station, site of a huge Christmas-light display.   Muller plans to use the new streamliners to lead the first train over a new bridge connecting the railroad’s Lehigh and Reading divisions nearing completion at Nesquehoning Junction, Pa.   This is expected to occur immediately before Christmas.

Disposition of the other two F units, another A-B set, was unknown in the days following the close of an equipment auction that ended Nov. 20.  All four had been acquired by NS in 2006 and rebuilt to GP38-2 standards by the railroad’s Juniata Locomotive Shop in Altoona.

Since then, they were based in Altoona, along with the company’s 20-plus office cars. The locomotives wear a version of the former Southern Railway black-and-gray F unit paint scheme, with an image of the railroad’s thoroughbred horse on the nose of each A unit. The cars wear the Norfolk & Western’s classic Tuscan Red paint with gold lettering.

The F units led office-car trains across the 19,500-mile, 22-state system, reaching New York, Chicago, and NS’s headquarters city of Atlanta. They regularly made trips to the Masters Tournament at the Augusta National Golf Club in Augusta, Ga., each April, and to the Kentucky Derby in Louisville each May. During each event, the parked train served as a hospitality suite.

They also pulled “Blue Ribbon Special” employee appreciation trains in 2011. In addition, they proudly represented NS at events and celebrations such as “Norfolk Southern Days” at the Railroad Museum of Pennsylvania, and the four-day “Streamliners at Spencer” gathering in 2014 at the North Carolina Transportation Museum in Spencer, N.C.

The disposition is not a complete surprise. In September, an NS office car train operated from Altoona to Atlanta behind NS 8099, the company’s Southern Railway green-and-gold heritage unit. It was the first time since the F-units made their 2007 debut that such a train ran without them. The office-car fleet includes a power car to provide head-end-power, so it can be led by a non-equipped freight unit.