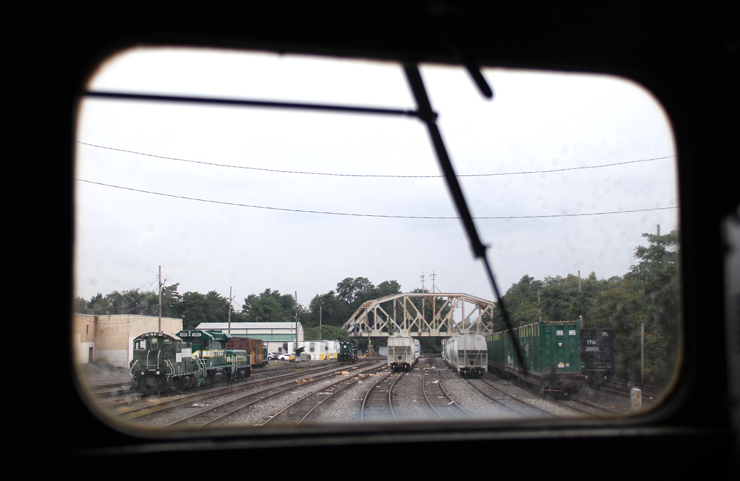 New York & Atlantic Railway’s Fresh Pond Yard, as seen from a cab of an NY&A locomotive. The MTA is funding a study of passenger service on the current freight-only Bay Ridge branch served by the NY&A. That line uses the bridge at center.
TRAINS: David Lassen 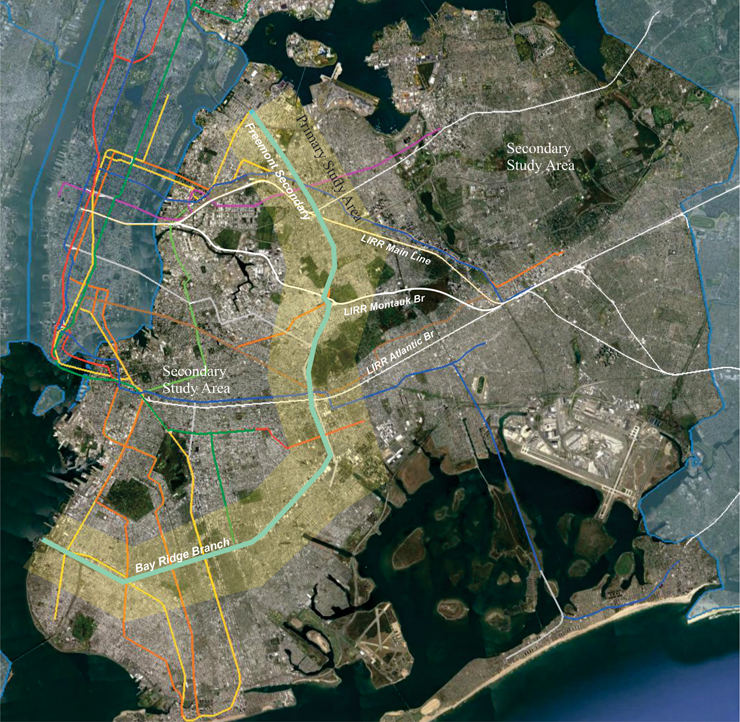 The MTA will study the possibility of passenger service on the freight-only Bay Ridge line, shown in light green on this MTA graphic.
Metropolitan Transportation Authority

NEW YORK — The Metropolitan Transportation Authority has approved a study on the possibility of bringing passenger rail service to Long Island’s Bay Ridge Branch, which has been freight-only since 1924.

The MTA has awarded a $1.3 million contract to engineering firm AECOM, which will work with subcontractor WSP to consider the feasibility of service on the 15-mile branch from Bay Ridge, Brooklyn, to Astoria, Queens. The line is owned by the Long Island Rail Road and operated by the New York & Atlantic Railway between Bay Ridge and Fresh Pond, with the segment north of Fresh Pond operated by CSX.

The study will evaluate potential for rail operation, which could be subway, commuter rail, light rail, or even bus service, although the line will need to accommodate both passenger and the existing freight operations. A transit operation could provide connections to numerous existing services; it crosses or nears 19 subway lines, as well as Long Island Rail Road passenger routes.

Any passenger service could have significant impact on the New York & Atlantic, which has been contract operator of freight service on LIRR routes since 1997.

“New York & Atlantic Railway will cooperate with the study,” NY&A president James Bonner told Trains News Wire, “while continuing to work diligently to ensure that current and future local customers have access to the many benefits of freight rail, including interconnection to the North American freight network.

“New York City and Long Island freight volumes have tripled over the past 20-plus years and continue to grow, both through our own efforts as well as those of our partners in all levels of government.  While service is expanding, the right-of-way has not grown along with it. There are existing limitations to the future growth of freight rail, and any study must factor in the implications of displacing or even limiting freight operations.”

The Regional Plan Association has advocated passenger service on the route for years, and has its proposal for service, the Triboro, on its website. The MTA’s contract does not address service over the Hell Gate Bridge into the Bronx, which is part of the RPA plan.