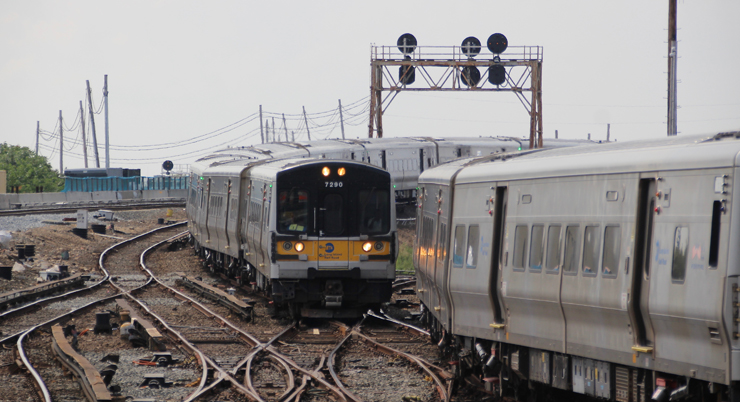 Long Island Rail Road trains negotiate tracks at the east end of the Jamaica station in an image from Aug. 18, 2019. No injuries were reported when an LIRR train derailed east of the station on Friday night.
TRAINS: David Lassen

The LIRR said in a Saturday statement that no one was injured when the last two cars of a 10-car train derailed 400 years east of the station at 9:27 p.m. The train, the 8:56 p.m. departure from Penn Station, was traveling at 13 mph when the derailment occurred; 383 passengers were on board.

As of 8:20 a.m. Saturday, a single truck on the train’s ninth car had yet to be rerailed; that was expected to be completed by early Saturday afternoon.

The railroad has launched an investigation “and will leave no stone unturned as it proceeds,” Senior Vice President of Operations Rod Brooks said. Investigators found a broken rail at the scene, but did not know if that was a cause or result of the derailment.