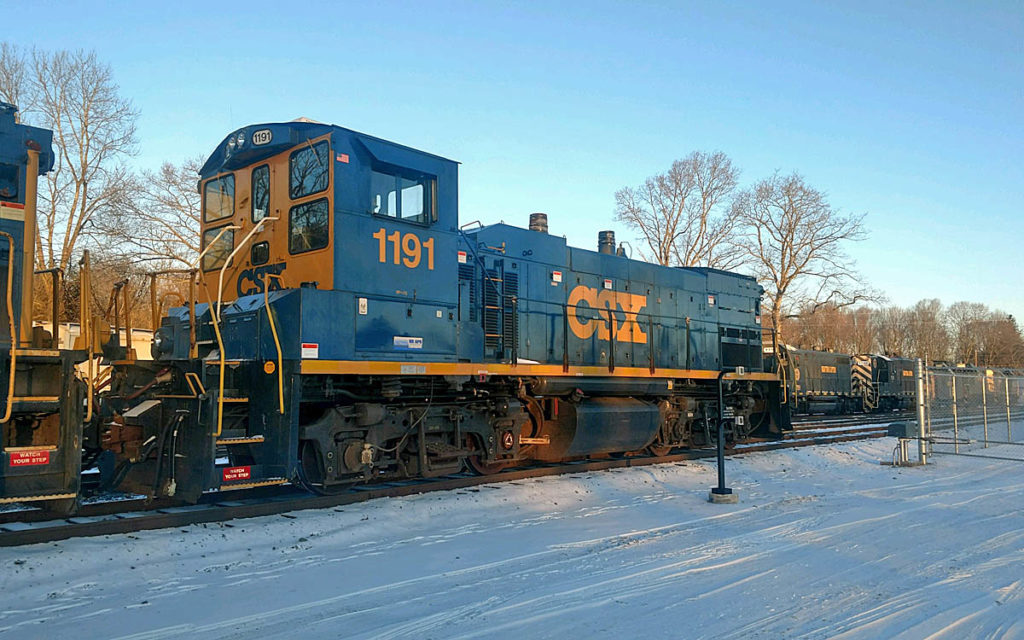 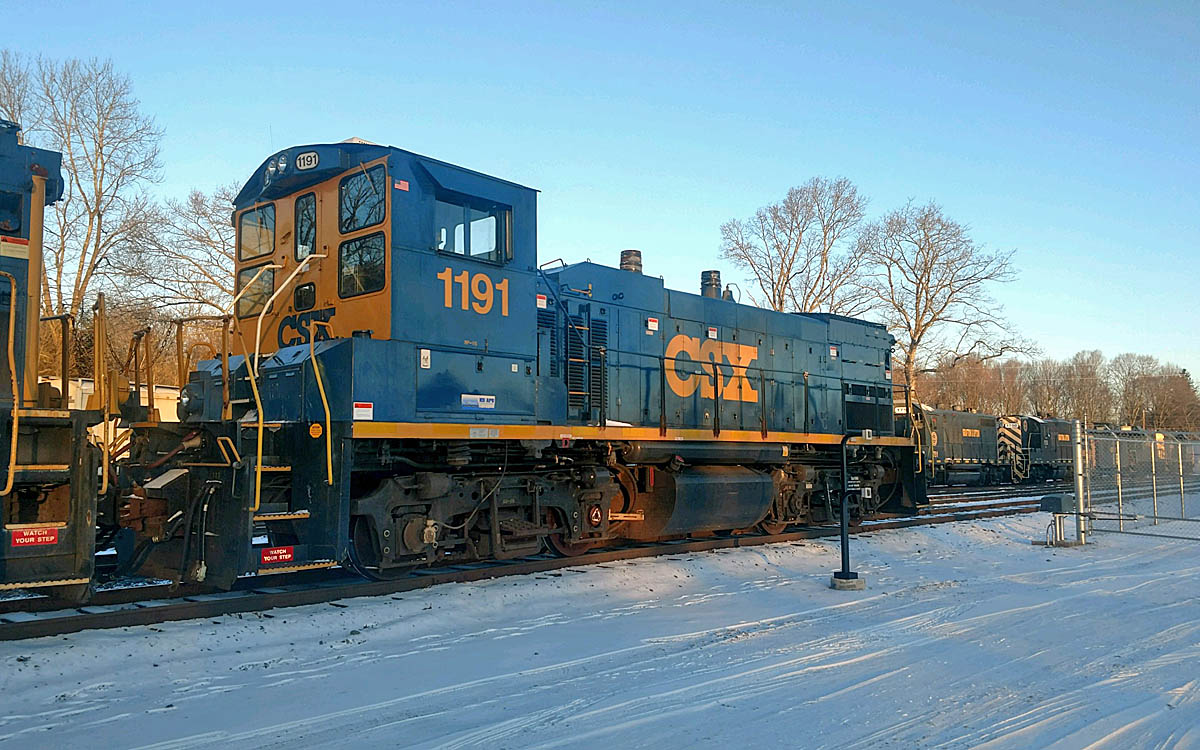 Grafton & Upton MP15AC No. 1191, one of three such units acquired from CSX, awaits inspection and removal of CSX markings at North Grafton, Mass. G&U’s older EMD power is seen in the background.
David Swirk, Grafton & Upton
NORTH GRAFTON, Mass. – To help with growing business, Massachusetts short line Grafton & Upton has purchased three EMD MP15ACs from CSX Transportation. For the past year, the 17-mile railroad has relied solely on a leased former Milwaukee Road GATX MP15AC, which has worked well, according to general manager David Swirk.

Until the arrival of the lease unit, G&U had attracted locomotive enthusiasts’ attention by relying on a roster of elderly EMDs, including GP7U, GP9, GP9R, CF7, and F7 models.

The three roster additions are ex-CSX Nos. 1158, 1160, and 1191, built as Seaboard Coast Line Nos. 4008, 4010, and 4221 in 1977-1978. They had been stored by CSX for about two years, but Swirk says all three are in excellent condition. The trio has features not often found on shortline locomotives, such as cab air conditioning and auxiliary power units to maintain cooling water temperature and keep batteries charged. Swirk says he chose from 116 units CSX advertised for sale. For maintenance and parts simplicity, the selected units came from two consecutive SCL locomotive orders.

Following full inspections and some work, the three will receive Grafton & Upton reporting marks, and be put in service still dressed in CSX blue. Repainting in G&U’s black and gold will be put off until warmer weather.

Swirk says that fuel economy was key to the purchase. The MP15s consume approximately 30 percent less fuel than the older Geeps when doing the same work, and an MP15 can handle one extra car over the G&U’s hilly profile. “With the price of fuel, this can make a big difference over a year,” Swirk explains. Electro-Motive Division built 255 of the Dash 2-era 1,500 h.p. end-cab switchers between 1975 and 1984.

He says that he expects that the leased unit will remain in service on the railroad. The five older units, plus a road slug, all still are stored on the property. Each unit will be evaluated to determine whether it will be retained by the company. G&U F7 No. 1501, built in 1952 for Bessemer & Lake Erie, is in secure storage, and its future will be considered along with the other locomotives.