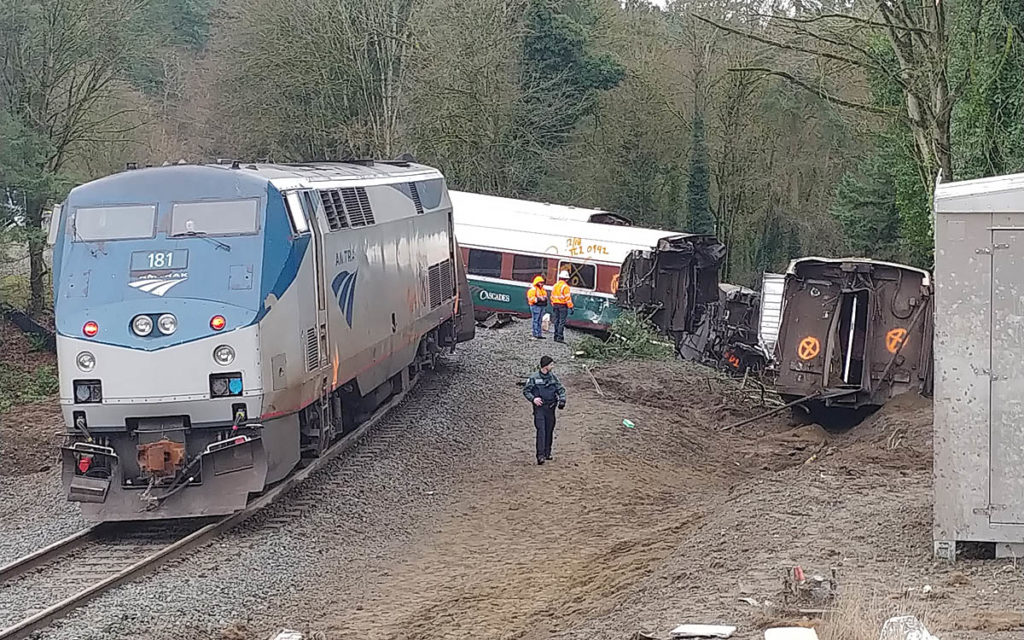 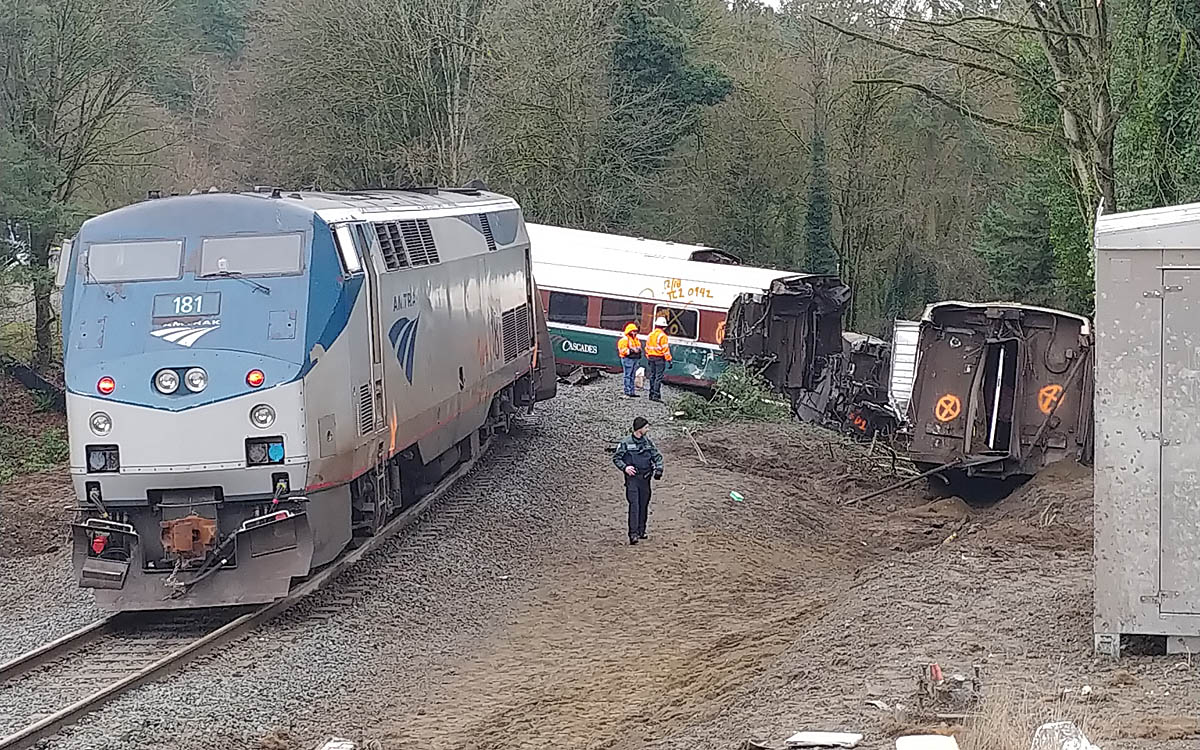 The engineer in the fatal December 2017 Amtrak Cascades derailment in suing Amtrak, alleging he was not properly trained.
Steve Carter

TACOMA, Wash. — The engineer at the controls of an Amtrak train involved in a fatal Washington state derailment in 2017 has sued the passenger railroad, alleging that he was not properly trained.

On Jan. 21, attorneys for Steven Brown filed a lawsuit in Pierce County District Court seeking damages resulting from the derailment of Amtrak Cascades train No. 501 in December 2017. The derailment killed three people and injured dozens more. It occurred during the inaugural run on the Point Defiance Bypass, a new alignment meant to speed up the trip between Seattle and Portland, Ore.

According to investigators for the National Transportation Safety Board, the train derailed when it entered a 30-mph curve at 78 mph, sending a locomotive and cars off a bridge and on to Interstate 5. Investigators said the engineer was unfamiliar with the new route and the new Siemens Charger locomotive leading the train [See: “NTSB says multiple state and federal agencies failed in 2017 Washington state crash,” Trains News Wire, May 21, 2019].

Positive Train Control was not in use on the route at the time of the wreck.

In the lawsuit, attorneys for Brown alleged that Amtrak had acted negligently when it failed to properly train the engineer on the new route and that he and others were not given a sufficient number of familiarization runs on the Port Defiance Bypass. The lawsuit also goes on to blame a number of nameless individuals only identified as “Does one through fifty.” The attorney states that they will file amended complaints as those individuals are identified.

“As a consequence of the Defendant’s negligence and carelessness in violation of laws and regulations, the Plaintiff has suffered hearing impairment, hearing loss, pain, anxiety, general and special damages, diminishment of earning capacity, loss of enjoyment of life, and general damages yet to be determined,” the suit reads.

Brown is not the first person involved with the wreck to take Amtrak to court. In September 2019, a jury awarded three passengers $17 million and in November another jury forced Amtrak to pay a 20-year-old woman who was on the train $4.5 million.