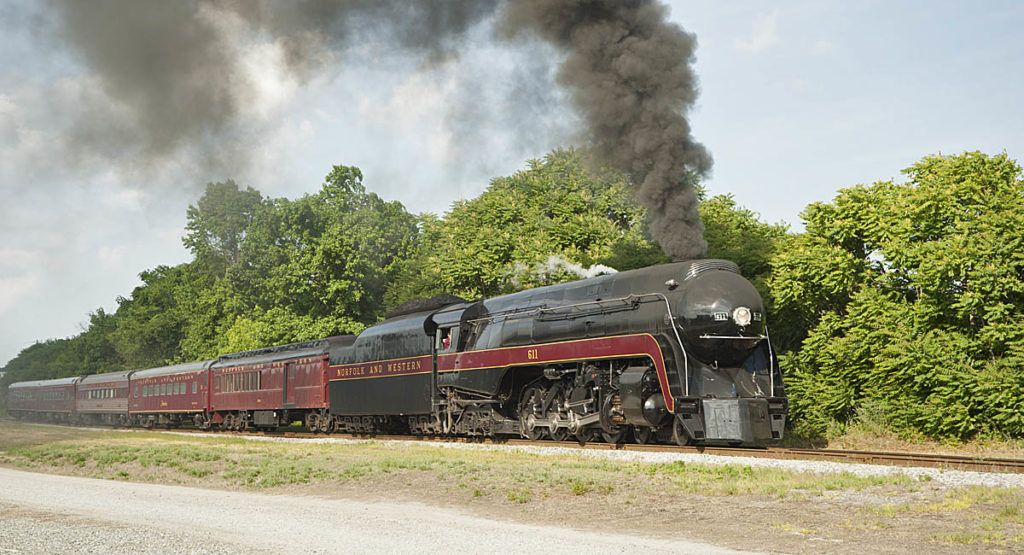 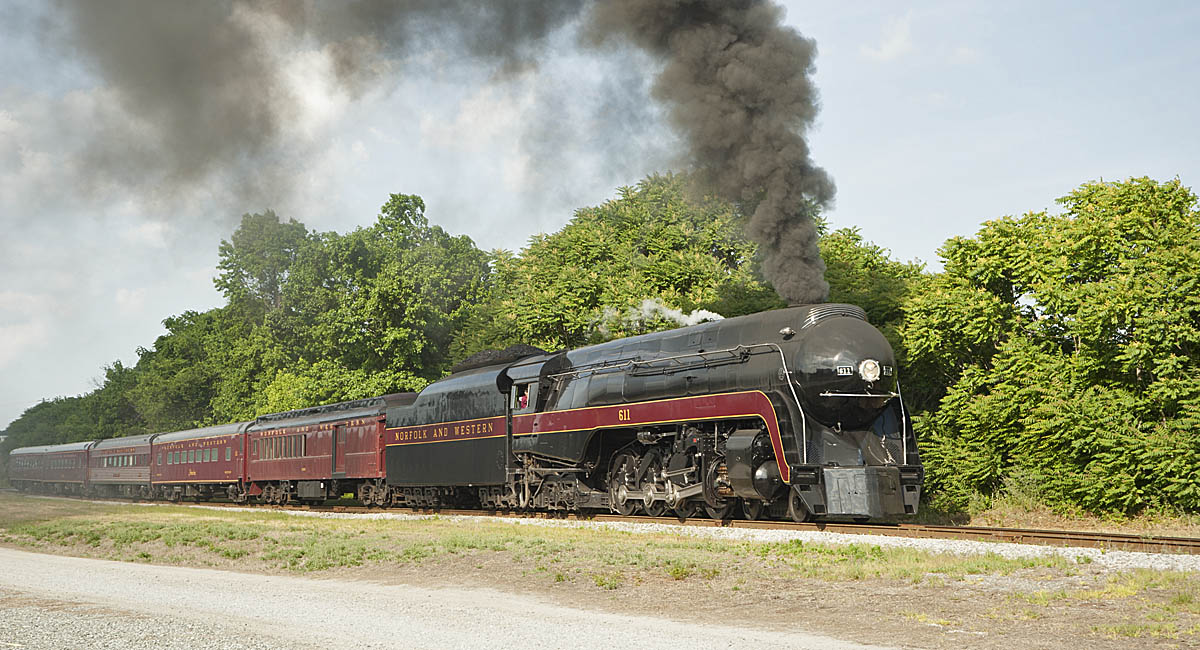 No. 611 pulls a photographers’ special at the North Carolina Transportation Museum in May 2015.
Jim Wrinn
ROANOKE, Va. – Norfolk Southern says the railroad has “fulfilled the program’s goals, and we are scaling back now” in regards to its vastly popular 21st Century Steam Program. In an article published in The Roanoke Times on Dec. 21, Norfolk Southern said the company would not operate any 21st Century Steam trips for the Tennessee Valley Railroad Museum or the Ft. Wayne Railroad Historical Society in 2016.

“For one thing, the 21st Century Steam program is over. Begun in 2011, the program was conceived with a five-year life span,” NS spokesperson Susan Terpay told the Roanoke Times.

“We have advised our third party, the Virginia Museum of Transportation, that we will work with them, if they meet financial and operational requirements, so that they can run 611 in Virginia and the Carolinas in 2016,” Terpay added.

Trains News Wire reached out to the Fort Wayne Railroad Historical Society and the Tennessee Valley Railroad Museum to see how this affects their 2016 operations and schedule.

“I think we all understand its 611’s time to shine. We’ve been extremely fortunate to help usher in a successful 21st Century Steam program and mainline steam in general on NS,” said Kelly Lynch, the communications manager at Fort Wayne. “We’ve been developing relationships for several years and now it’s time to expand on those. We’ll also be working closer with NS as our Headwaters Junction project moves forward. NS has committed to assisting the FWRHS in getting the 765 anywhere it needs to go.”

TVRM President Tim Andrew says there will be greater opportunities to see steam-powered trains on the museum’s own railroad next year with both locomotives remaining on-site. Diesel locomotives had to supplement steam power on excursion trains during the 21st Century Steam program, but now both locomotives will be in Chattanooga, powering excursions without diesels, during the 2016 season.

No set schedule has been announced for No. 611 next season, but Virginia Museum of Transportation Executive Director Bev Fitzpatrick told the newspaper that his organization has had “ongoing discussions with Norfolk Southern” and they hope to announce something after the first of the year.

This story was updated Dec. 23 to reflect the comments of TVRM.

23 thoughts on “NS steam operations to focus exclusively on No. 611 next season NEWSWIRE”