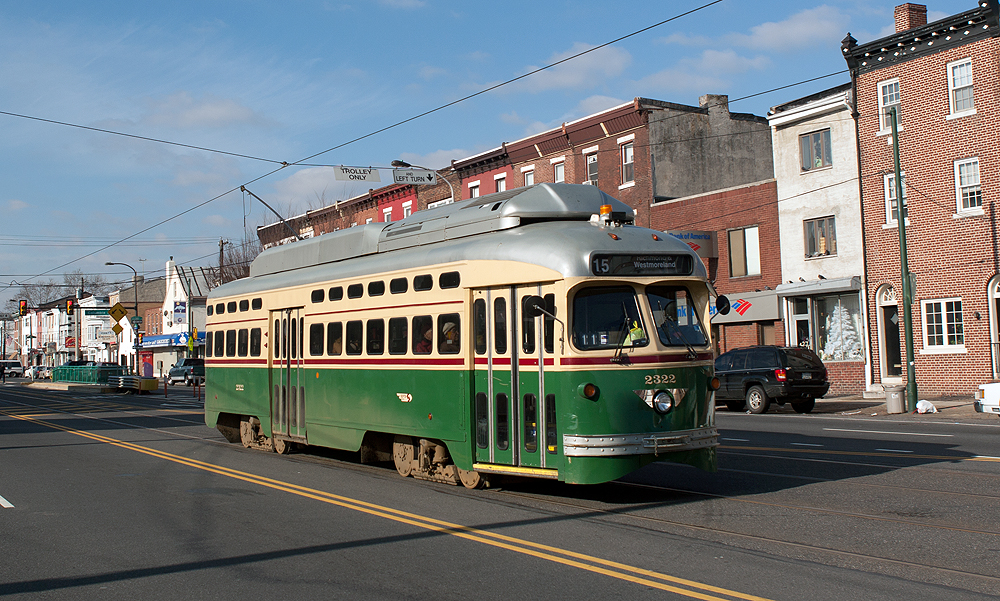 SEPTA has used the historic PCCs (now known as PCC IIs following a rebuild) on its Route 15 Girard Avenue Line since the mid-2000s. Earlier this month, the transit agency announced that buses would replace the historic streetcars because of a number of road projects. SEPTA officials say the eastern portion of the line, along Girard Avenue and Richmond Street, has already operated with buses for a number of years because of construction projects on nearby Interstate 95.

“SEPTA is making this temporary change to all bus service on the Route 15 due in part to two upcoming construction projects on Girard Avenue that would have required additional adjustments to trolley service,” spokesperson Carla Showell-Lee tells Trains.

SEPTA expects buses to remain on Route 15 through 2021, Showell-Lee says.

The news that the PCCs were being taken off the streets fueled fears that the historic cars may never return. In the early 1990s, SEPTA “temporarily” replaced its streetcars on three different routes but the green and cream PCCs did not return to regular service until 2005 and only after years of political pressure.

When the streetcars did return it was only on one route.

The streetcar fleet — made up of 18 1940s-era PCCs that were rebuilt in the early 2000s by Brookville Equipment Co. — have also been plagued with issues, including rusted chassis.

But Showell-Lee says SEPTA has no plans to sideline the streetcars for good.

“SEPTA loves its trolleys,” she says. “SEPTA will utilize this time to perform extensive maintenance and rehabilitation work on the fleet of 18 PCC trolleys that serve the Route 15. The goal of this work is to extend the life of the vehicles, and improve their reliability once they are placed back into service.”

The PCCs are expected to make their last runs on Route 15 on Saturday and buses will be on the route starting Sunday.

6 thoughts on “End of the line for Philadelphia’s PCCs? Not so fast, says SEPTA NEWSWIRE”