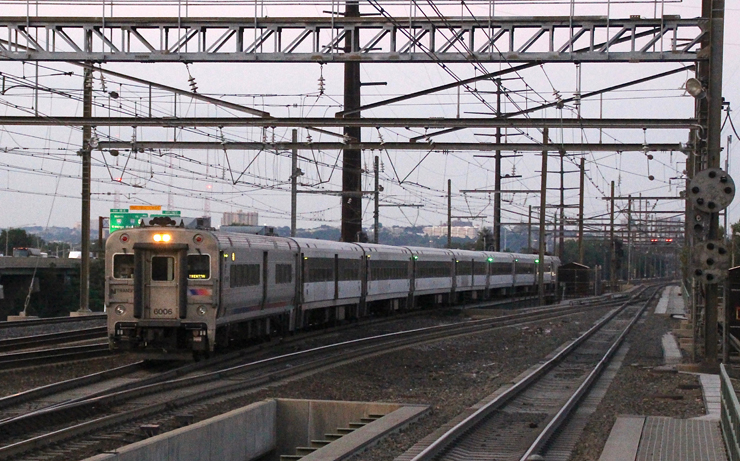 A NJ Transit train from New York arrives at Secaucus Junction, N.J., on Aug. 16, 2019. On Monday, a passenger fell from a train stopped at the station when the doors opened on the wrong side of the car.
TRAINS: David Lassen

SECAUCUS, N.J. — NJ Transit is investigating how doors opened on the wrong side of a train during a station stop, allowing a passenger to fall out of the train and onto the right-of-way.

The incident occurred Monday at Secaucus Junction, NorthJersey.com reports, when a man fell out of train No. 3513, operating on the Northeast Corridor from New York Penn Station to Rahway, N.J.

NJ Transit spokesman Jim Smith told the news site that the man suffered minor injuries and refused medical attention. While an investigation is continuing, Smith said, preliminary indications are that the door opened because of an error by a member of the train crew.

A passenger on the train said the train, a 5:25 p.m. departure from New York, was packed, and that when those on board realized what had happened, they called for help and pulled the train’s emergency brake.