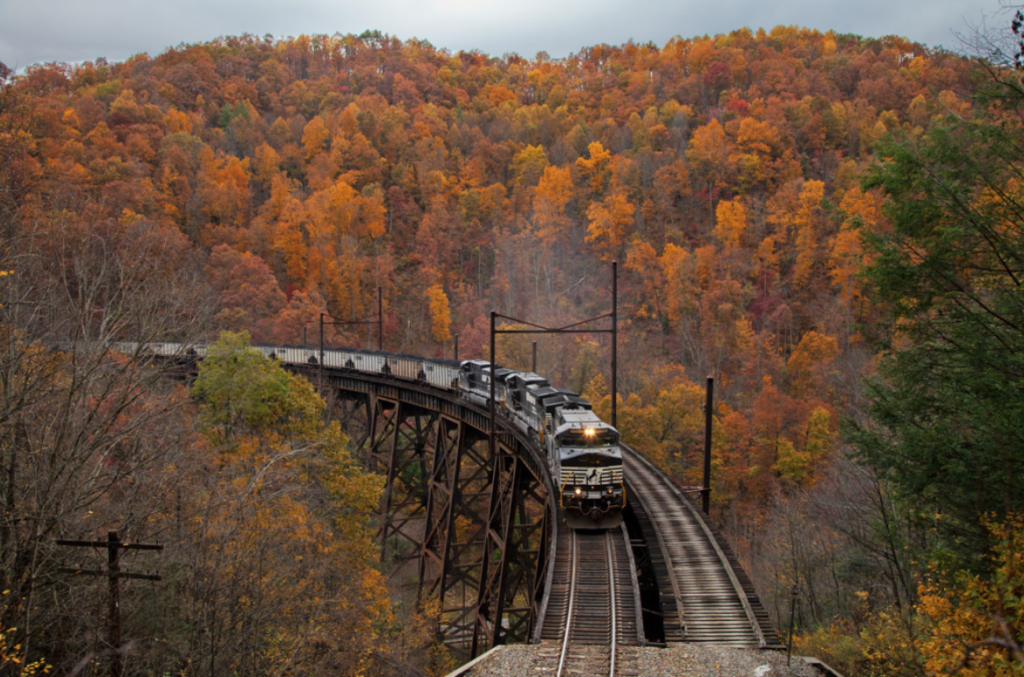 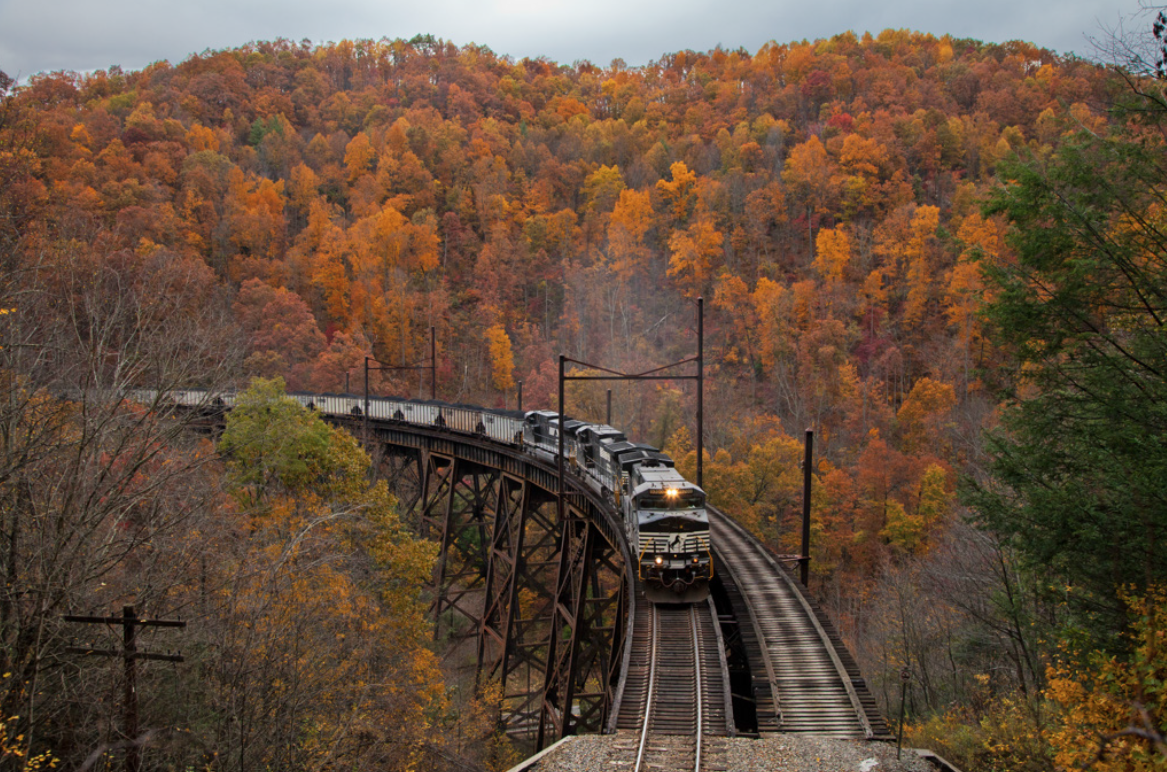 On a dreary fall afternoon situated east of Elmore in the hamlet of Garwood, W.Va., depicts Norfolk Southern train U86 struggling to maintain 10 mph as it crawls across a trestle and into Tunnel 9, located beneath the photographer. Evidence of the Virginian electrification is still visible in this section along the old Princeton Deepwater District in October 2012. NS says it will soon mothball the line between Elmore and Princeton, W.Va.
Samuel Phillips
MULLENS, W.Va. – The days of watching loaded coal trains double over the hill to Clarks Gap are numbered, as Norfolk Southern looks to reroute trains and abolish all rail traffic on a section of its ex-Virginian Railway Princeton-Deepwater District in West Virginia.

NS spokesperson Susan Terpay tells Trains News Wire that due to the decline in coal traffic, the railroad is phasing out the use of its mainline between Elmore and Princeton and rerouting traffic so loaded and empty coal trains will move in and out of Elmore via the Guyandotte Branch. Terpay says local customers at Princeton will continue to be served via the connection at Kellysville.

All trains to and from Elmore Yard will be routed via Gilbert. Loaded trains will travel west from Elmore Yard via the Guyandotte River Branch to Gilbert and from there, down the ex-Norfolk & Western Gilbert Branch to Wharncliffe, the junction to the Pocahontas District mainline.

At Wharncliffe, trains with eastern destinations, such as export or domestic utility destinations in southeastern Virginia and North Carolina will follow the mainline east to Bluefield and into Roanoke. The routing will be the same for empty trains returning west.

The new routing will add approximately 160 rail miles for trains accessing Elmore Yard. Currently, coal trains with western destinations in Ohio, Indiana, or other Midwest points use this route. Sources close to the railroad say the routing changes may take place as soon as October.

The Princeton-Deepwater District, a distance of about 50 rail miles was the Virginian Railway’s critical link in accessing the coal operations of south central West Virginia. The picturesque line features several impressive trestles, bridges, and a near two percent grade. Most trains operate between 18,000 to 20,000 tons and feature a unique manned helper operation from Elmore to Clarks Gap. An average of two to four trains operate on the Princeton-Deepwater District in a 24-hour period, excluding light-power helper moves.

The decision to close the district comes as coal traffic on the nation’s railroads decreased from 2014, though an NS executive said earlier this month that he would be surprised if coal traffic declined further for the Norfolk, Va.,-based railroad, citing demand from electric utilities companies.