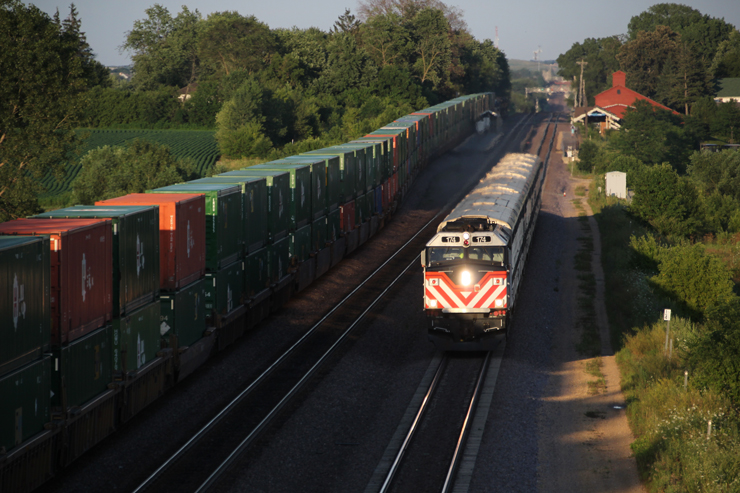 A Metra UP West train departs La Fox, Ill., and heads towards its final stop in Elburn on July 29, 2019. PTC-related changes to schedules for a number of UP West trains are among schedule adjustments announced by Metra.
TRAINS: David Lassen

CHICAGO — Metra will make minor schedule adjustments on five of its routes as of Sept. 3, with the changes including the continuation of a pilot program for more weekend service on two lines and adjustments necessary for the implementation of positive train control on one route.

On the Heritage Corridor, intermediate station times will be adjusted on all three morning trains, although departure from Joliet and arrival in Chicago will be unchanged.

On the UP Northwest, the pilot program which added five Saturday round trips and three Sunday round trips will continue. Also, weekend trains will be renumbered for the sake of consistency.

And on the UP West, departure times will be adjusted on six inbound trains and five outbound trains, all in off-peak periods, to reflect the operational issues resulting from PTC.

One thought on “Metra to adjust schedules on five routes NEWSWIRE”