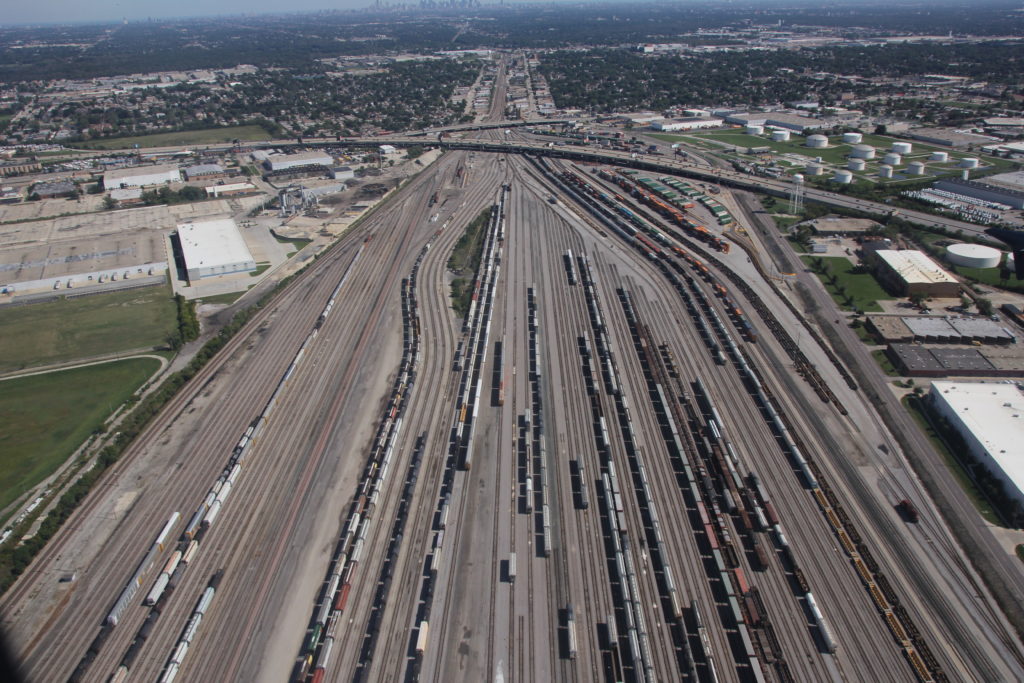 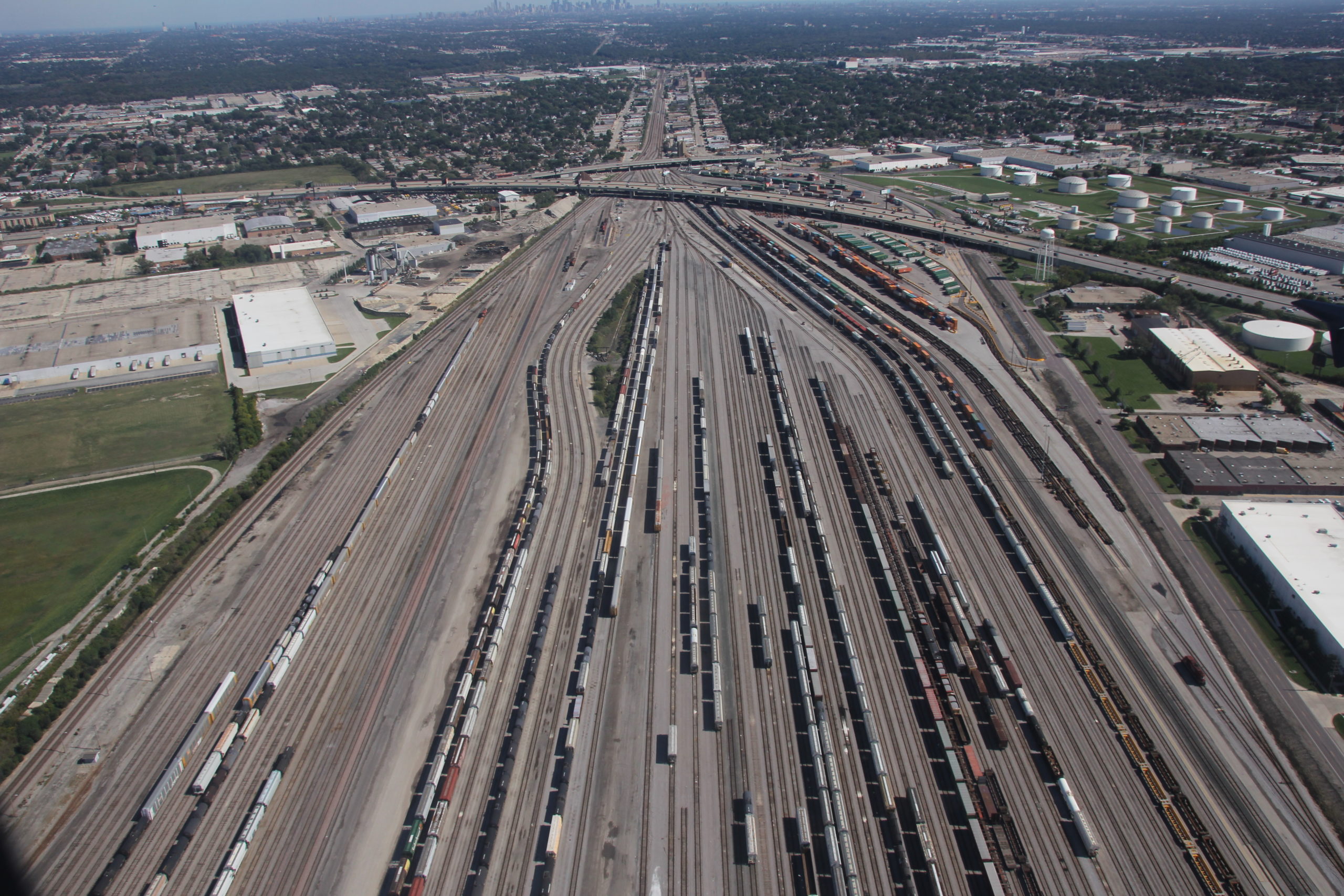 Canadian Pacific’s Bensenville Yard as seen from the window of a commercial flight that just took off from Chicago’s O’Hare International Airport in September 2015.
Chris Guss
CHICAGO — Agreements have been reached between Canadian Pacific, Union Pacific, and the Illinois Tollway in a years-long dispute over access to railroad property in and around the CP’s Bensenville Yard northwest of Chicago, officials announced Thursday.

The agreements call for the mutual exchange of property rights necessary for construction of a new multibillion-dollar tollway with interchanges creating new access into and around O’Hare International Airport, and will enable improvements to rail operations in the Chicago Terminal area, according to a statement from the Illinois State Toll Highway Authority.

The agreements include $250 million in costs to the Toll Authority to account for the necessary land acquisition, construction access rights, air rights, business impacts and future structural maintenance costs associated with the I-490 Tollway project, the agency said.

UP, in a statement, said the project will allow the railroad to “protect its Chicagoland operations and support future needs, while allowing the public to enjoy the benefits of a new highway system.”

Negotiations over access to the railroad property have been ongoing for years but turned into a legal battle in federal court and before the Surface Transportation Board. There, the Toll Authority sought the green light to condemn railroad property, deeming it vital for the new tollway.

CP had argued that the proposed condemnation would “indisputably interfere with current rail operations and that interference could prove disastrous to CP, its customers, and to the national rail network as a whole,” according to a filing with the STB. At one point, CP’s CEO Keith Creel told Illinois Congressional leaders that negotiating away “irreplaceable rail capacity is not an option.”

According to Thursday’s announcement, the agreements will allow construction of the new tollway (known as I-490) to cross the Union Pacific Railroad at several locations, including where western access into and out of O’Hare International Airport is planned, as well as near the site of a new interchange between Interstate 490 and the existing Interstate 294.

The new I-490 tollway is also planned to cross over the Canadian Pacific at several locations including where western access to the airport is planned and in the Bensenville Yard, which is operated by CP’s subsidiary, Soo Line Railroad Co. The project will require relocating Canadian Pacific trackage south of the yard, the announcement said.

The agreements would also provide the Toll Authority with property rights that will further local highway projects, eventually leading to the replacement of the at-grade crossing at the Union Pacific Railroad with a new bridge that will relieve congestion and improve access to the north side of O’Hare, the announcement said.

Specific details of the agreements and additional comments from the railroads were not immediately available.

CP had reportedly asked for $114 million for land acquisition and improvements to the Bensenville Yard in March 2014. The Toll Authority reportedly offered CP as much as $3.3 million for the easement rights at one time.

“The mutual benefits flowing from these agreements are the result of cooperation and respect for one another’s needs,” Canadian Pacific’s Executive Vice President of Operations Mark Redd said in the announcement. “We are excited that the agreements will help the Tollway meet the needs of the traveling public of Northeast Illinois and enable improvements to the rail network which will contribute to Chicago’s economy and help position Canadian Pacific to meet future demand for freight rail service.”

“Negotiations for these long-sought agreements began in 2012, and their complexity reflects the importance of the area to the railroads, as well as our own efforts to complete the Move Illinois Capital Program,” Toll Authority Executive Director José Alvarez said in a statement. “Our cooperation represents a substantial step toward the modernization of Illinois’ road and railway infrastructure to invigorate the communities and businesses in the region.”

The Toll Authority, commonly known as the Illinois Tollway, had asked the STB in 2017 for a declaratory order clearing the way for it to condemn property in order to build the new toll road on bridges over CP’s rights-of-way and, eventually, through CP’s Bensenville Yard.

CP had argued that it would be “significantly and permanently damaged’ if forced to grant the easements on its right-of-way.

The STB had urged the Toll Authority and CP to resolve the dispute through mediation, but both sides responded that they were independently seeking a settlement. In 2018, CP and the Toll Authority announced they had signed a letter of intent creating a “framework” toward resolving the long-standing dispute.