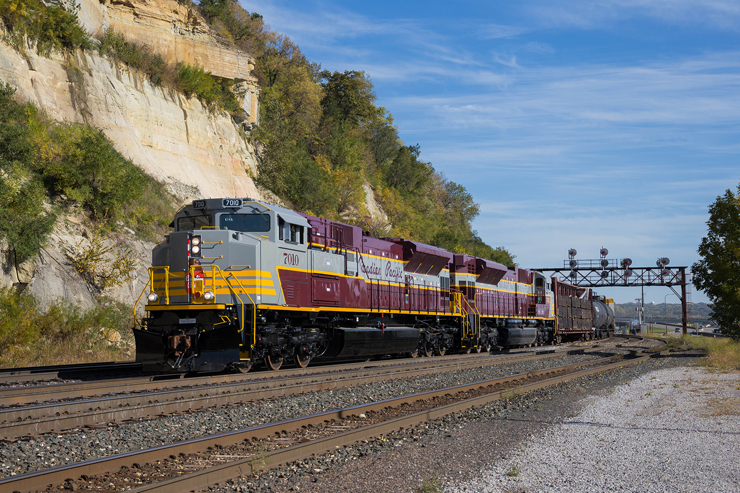 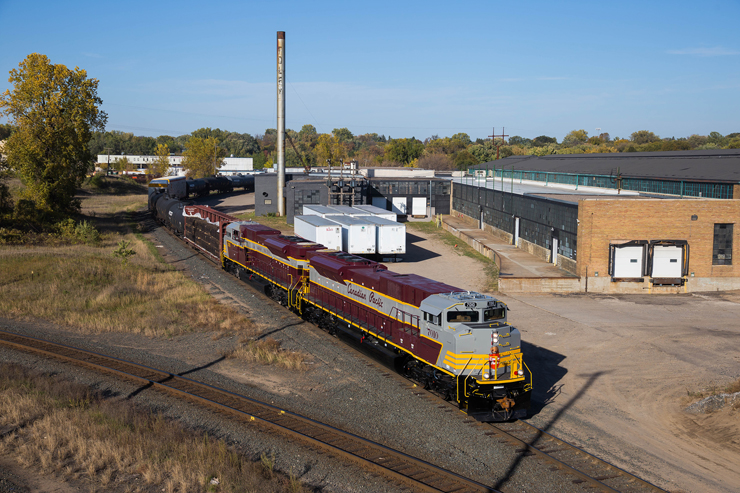 Canadian Pacific train No. 197 arrives at Shoreham Yard in Minneapolis to pick up intermodal traffic on Oct. 18, 2019.
Dan Kwarciany

The units are two of ten being released in heritage paint after being rebuilt by Progress Rail in Mayfield, Ky. They are part of an order for 60 SD70ACUs using the railroad’s stored SD9043MACs. Several other SD70ACUs in CP’s standard red scheme have been delivered and put in service in western Canada.

Train 197 made a late afternoon departure from St. Paul, then stopped in Minneapolis to make a lift at CP’s Shoreham Intermodal facility. The train then proceeded west on the former Soo Line main line en route to its ultimate destination of Alyth Yard in Calgary, Alberta.

A few hours before the heritage units made their first run, the business train departed St. Paul behind all three F units after No. 4106 was repaired. This was a deadhead move back to the business train’s home base in Calgary. The three Fs also wear the Tuscan red, gray, and gold paint scheme.