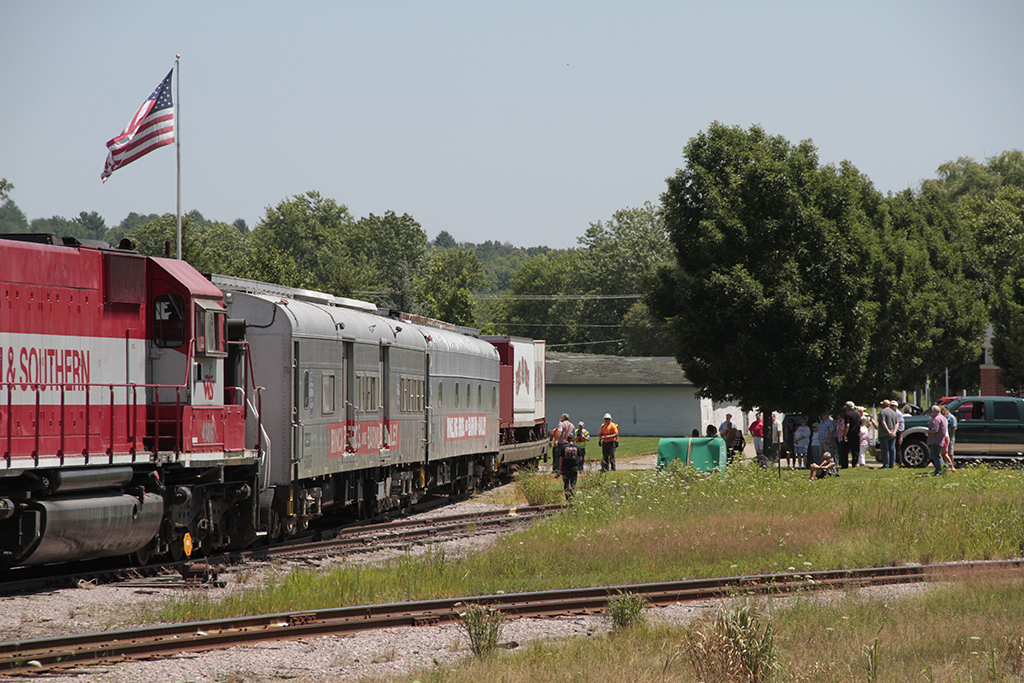 After learning the circus would be discontinued, the museum partnered with several donors to secure a passenger car through an online auction held earlier this spring. Managers at Feld Entertainment, the parent company of Ringling, then decided to donate the animal stock car and the flat car with circus wagons. The cars just recently arrived after being moved in freight service from Oak Island, N.J., and Florida.

Former circus train workers, including trainmaster Joe Colossa, and the public gathered near Circus World this week to welcome the railcars to Baraboo.

The passenger cars will join a museum filled with other circus memorabilia. They are currently on display on a spur track across the street from the museum’s archives building.

Baraboo is where the original Ringling brothers started the “Greatest Show on Earth” in the late 1880s. The town would serve as the headquarters of their circus and carnival operations through the early 1900s. The town is often referred to as Circus City for its role in hosting Ringling.