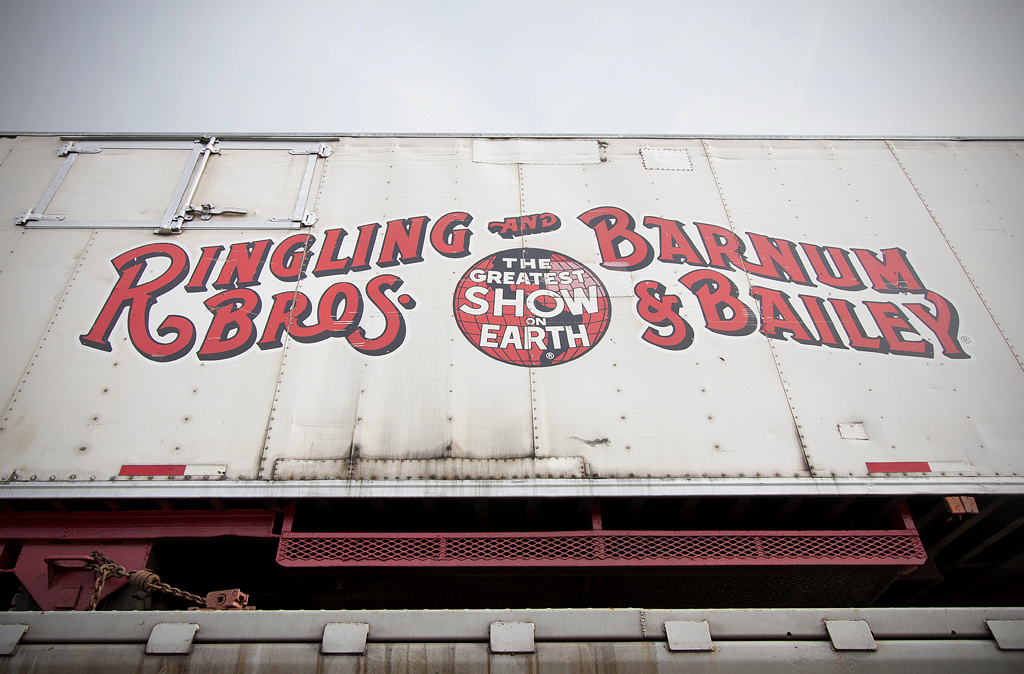 The side of one car in Ringling Bros. and Barnum & Bailey Red unit train in April 2010.
Chase Gunnoe
CHARLESTON, W.Va. — Small town America, the faces of smiling kids, and experiencing the nation’s beauty from a railcar are lifetime highlights for former workers on board the ‘Greatest Show on Earth.’

Brett Goertemoeller, a former chief mechanical officer and trainmaster on the company’s Blue unit, says the opportunity to join the circus came at a time when he needed to start fresh in life.

“Ringling gave me that fresh start and life reset,” he says.

And it was a decision he did not regret.

“Watching the looks on the faces of the kids as we rolled through small towns — seeing almost all of the U.S. by rail,” says Goertemoeller when asked about what he appreciated most about his time on the train.

Goertemoeller, a steam preservationist, spent three years on the train. He appreciated the opportunity to be a part of its unique culture and to experience America by rail.

“There were over 200 talented people on the train from over 30 countries. They did everything from strong men to dancing,” he says. “Some of the best experiences were the times we were all hanging out having guests at the train for barbecues. Just to see the awe on everyone’s face as my wife and I welcomed our guests to our home – on the train.”

“No one ever comprehended just how huge that train really was… is,” Goertemoeller says.

“Just seeing their looks of overwhelming joy was the best part of the job,” says Stockman when reflecting back on trips through small, rural towns across America. 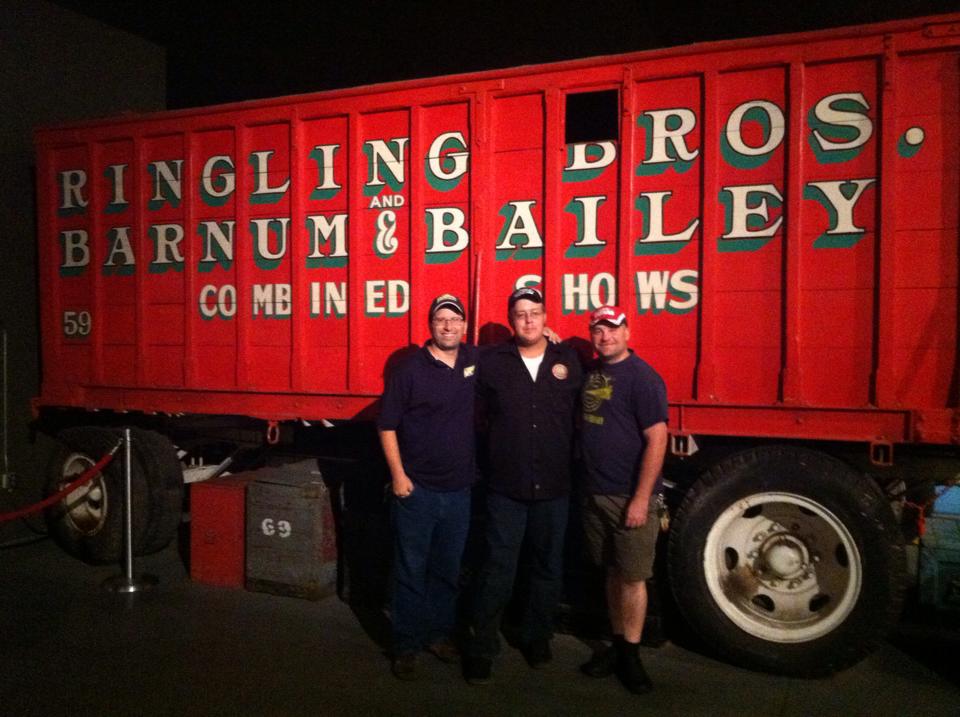 From left to right, Joe Colossa, Kyle Stockman, and Brett Goertemoeller pose in front of a Ringling Bros. artifact. The three men pictured all met one another through their tenure on the circus trains.
Contributed photo
Kyle Stockman joined the Red unit in 2012 as a train mechanic. In 2013, he was transferred to the Blue unit as assistant trainmaster.

Stockman says he found Ringling Brothers when he was looking for a job in the rail industry.

“I ended up applying and was given a job the next day,” recalls Stockman. “At the time, I had no idea what to expect from the job, but it was definitely the best thing I have ever done in my life.”

As a rail enthusiast, Stockman appreciated being able to see the country from the vestibule of a train. It wasn’t just the passing scenery that made his tenure on the circus train memorable — it was also the people.

Unlike any other job in his life, Stockman says the family-like experiences on-board the train is what made the experience worthwhile.

“The family atmosphere that existed on the train and the fact that we all loved and traveled together definitely made it unique,” says Stockman. “Coming from a small town in Vermont, I never in a million years would have thought I’d have the opportunity to be apart of the operation…”

Stockman left the circus in 2015 and now resides in California where he is a steam mechanic and employee of the Mendocino County Skunk Train. Regardless of where Stockman’s interest in railroads takes him in the future, he says he will always be honored to have worked on the ‘Greatest Show on Earth.’

Colossa, like others interviewed, says breathtaking scenery and the culture of the train made it a job like no other.

“There are many different cultures represented on the train. You pick up some words in different languages and you get to taste wonderful recipes from around the world,” says Colossa.

When asked about some of the challenges he dealt with while managing railroad operations and personnel, he says it’s relatable to that of a small community.

“The train is home – it’s not just a vehicle to get from point A to B. You would have the same challenges on the train that you might find in a small community.”

Aside from dealing with on-train issues, Colossa says the biggest challenge was working with the railroad.

Colossa says that circus trains are moved as extra trains, oftentimes having to dodge freight rail traffic while moving to another destination.

“Very challenging sometimes, especially when you only have, for example, three days to cover 1,200 miles to get to the next city.”

Despite those on train logistics and other issues, Colossa says the circus train was a way of life that he misses dearly.

“I’m fourth generation in my family to be around the circus. So being there and being a part of it was like nothing else on earth for me,” he says.

Colossa spent 14 years with the train, including 13 years on the Blue unit and one year on the Red unit. He recently left the company to partner with others in acquiring the Al Ringing Mansion in Baraboo, Wis.

Both of the Ringling Brothers and Barnum & Bailey Circus trains will be retired by late May of this year. The fate of the more-than-120-car collection is to be determined, though in a recent news conference, Feld Entertainment managers say the disposition process would begin in the next several months.

4 thoughts on “What’s it like on the Ringling Bros. train? NEWSWIRE”