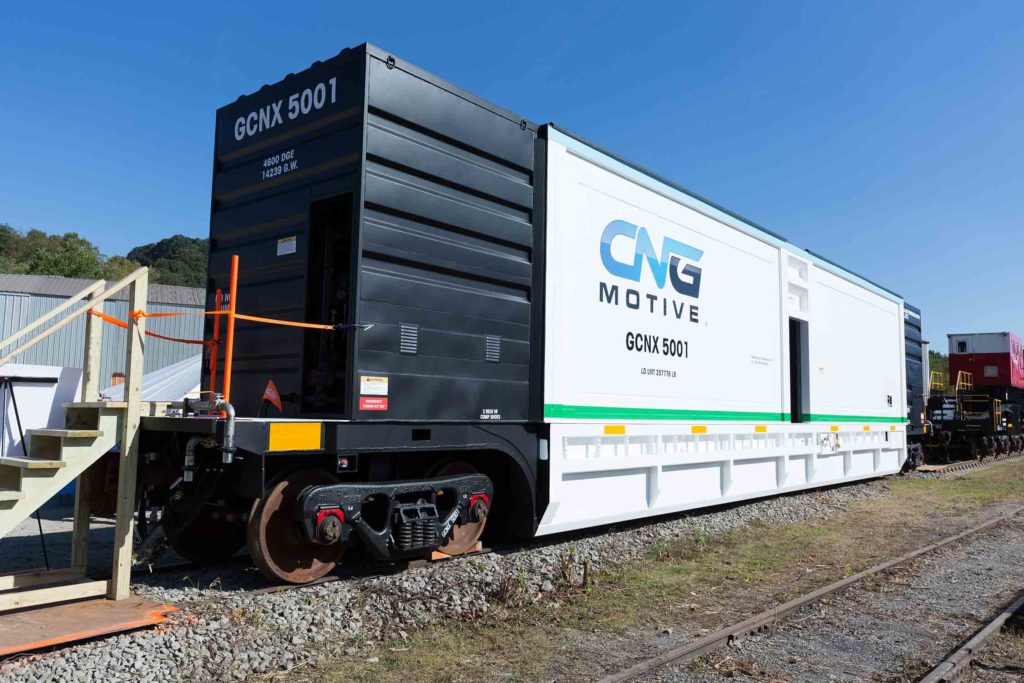 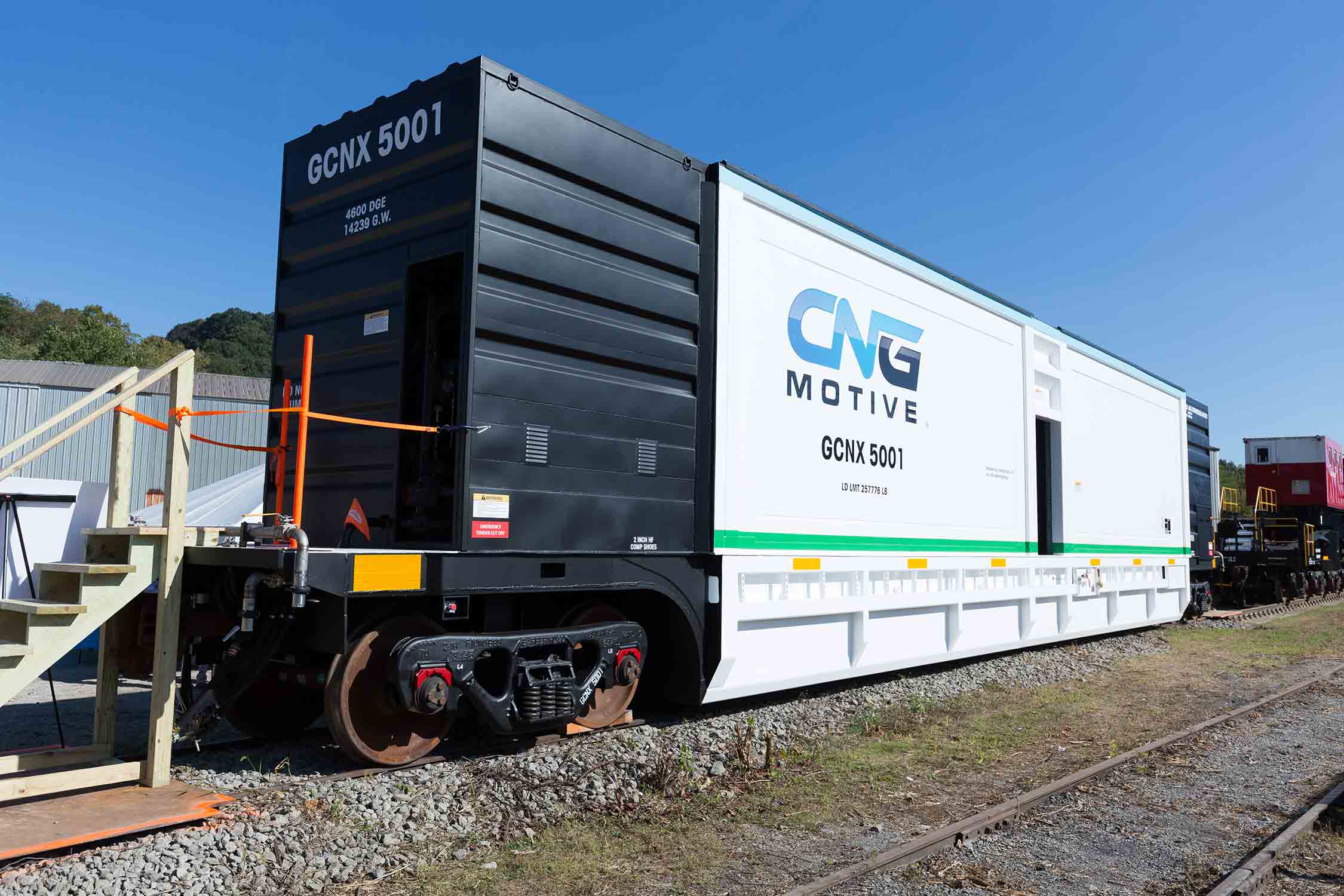 CNGMotive’s new, purpose-built compressed natural gas tender resembles an intermodal well car.
Chris Guss
NEW CASTLE, Pa. – At a press event at Kasgro Rail’s New Castle, Pa., facility yesterday, CNGMotive unveiled the industry’s first compressed natural gas tender. Tender GCNX No. 5001 was built new at Kasgro for CNGMotive and features 28 separate CNG storage tanks in two groups giving the tender a storage capacity equal to 4,600 gallons of diesel fuel, also known as diesel gallon equivalent.
The tender design resembles a traditional intermodal well car, with the well portion used primarily for natural gas storage and the ends of the car over the trucks for the control system and pressure reduction system. The tender is setup to provide one or two locomotives with CNG while in service. Its design complies with the upcoming AAR Tender Specification M-1004 for crash worthiness, shock, and vibration.
When final assembly and testing of the tender is complete and Norfolk Southern receives their letter of concurrence from the Federal Railroad Administration, the tender will begin revenue testing between Williamson, W.Va., and Lamberts Point, Va., in export coal service. NS is borrowing BNSF SD70ACes Nos. 9130 and 9131 for the tests since NS has no six-axle locomotives equipped with dual fuel equipment. Both locomotives are currently in Alliance, Neb., being worked on prior to shipment to NS. While BNSF used these locomotives for liquefied natural gas testing previously, no additional modifications are needed for compressed natural gas testing. Regardless of the storage medium a tender uses, compressed or liquefied, the associated equipment on a tender converts the gas to its ready-to-use form prior to sending it across to the locomotive for combustion.
NS hopes to being testing later this year or early 2020 with the new CNG tender with a planned minimum six month test period. Refueling will take place at the midpoint of the test corridor at Shaffer’s Crossing in Roanoke, Va., by Roanoke Gas Co. The tender will refuel on both the loaded and empty side of its loop. CNGMotive will use a patented Chill Fill technology during the refill process which will reduce the refill time to under an hour by increasing the fill rate by approximately 10 times the traditional rate.