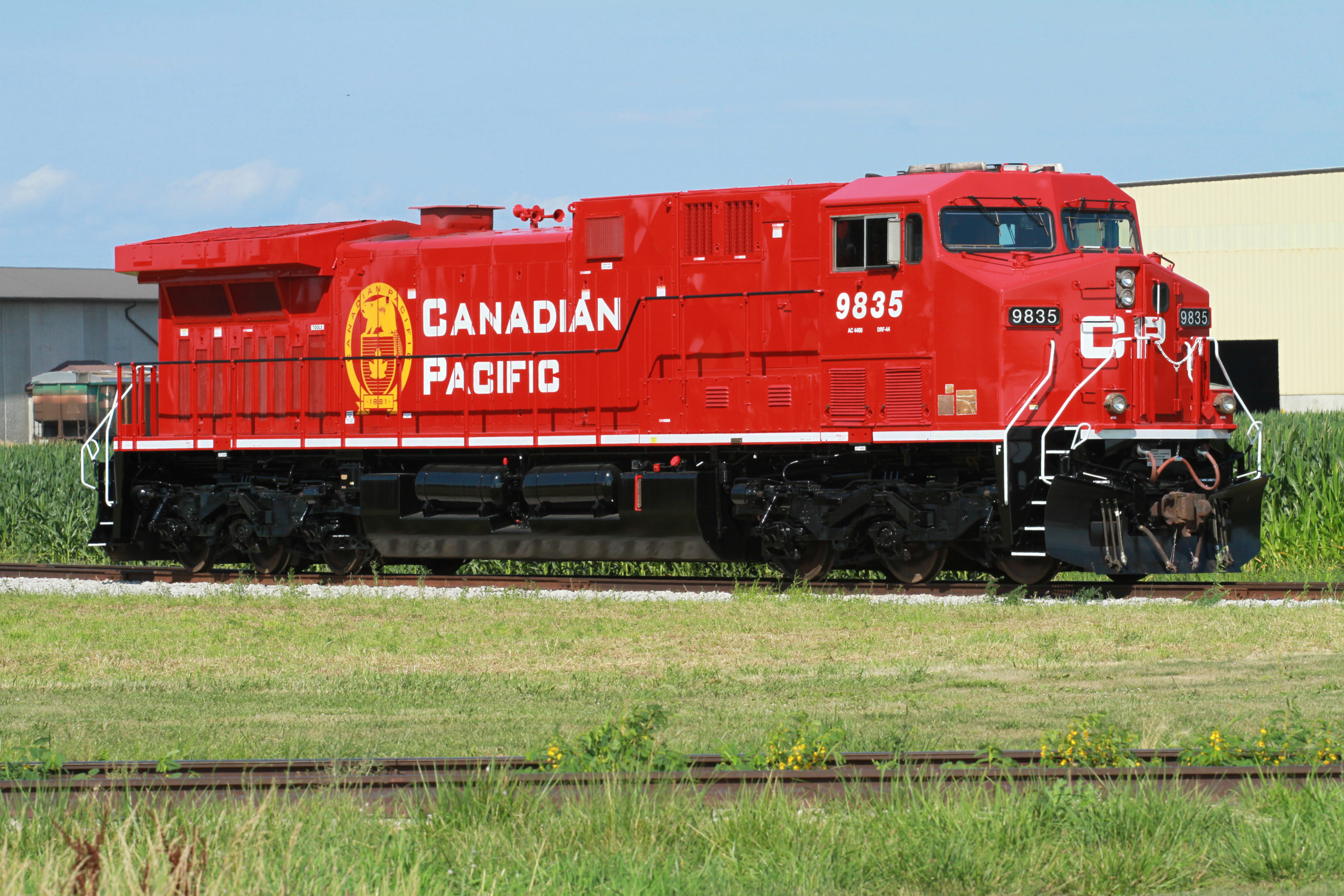 Canadian Pacific AC4400CW No. 9835 sits outside Relco’s Albia, Iowa, shop.
Bradley J. Grefe
ALBIA, Iowa — Canadian Pacific has reintroduced its heritage logo to the side of its locomotives. Earlier this month, AC400CWs Nos. 9835 and 8639 were released from the paint booth at Relco in Albia with the logo on the long hood. The logo, first introduced in 1997, is a simplified version of the original with a solid color for the design versus the shading that appeared on the original that was used from 1997 to 2007. The design features a beaver, maple leaf, company name, and year the company was incorporated — 1881.

The railroad officially announced the return of the iconic logo in February of this year, but until now, no locomotives or rolling stock has had the new design applied. With an increase in repainting on the horizon and rebuilt locomotives coming later this year, Canadian Pacific’s fleet will be receiving a much needed facelift following years of little to no repainting of its locomotives.