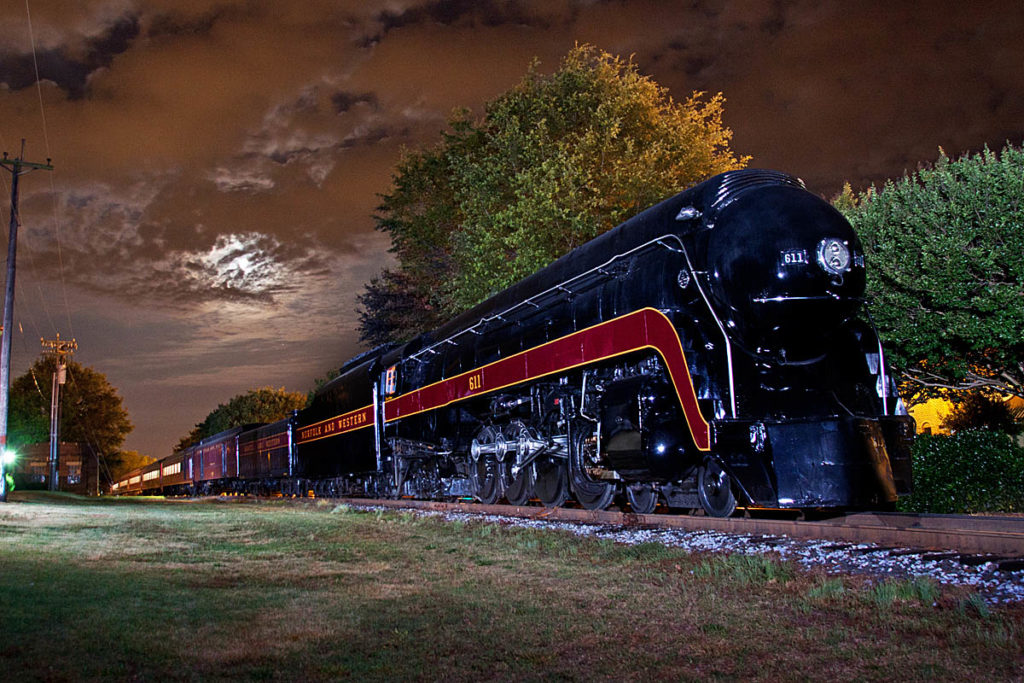 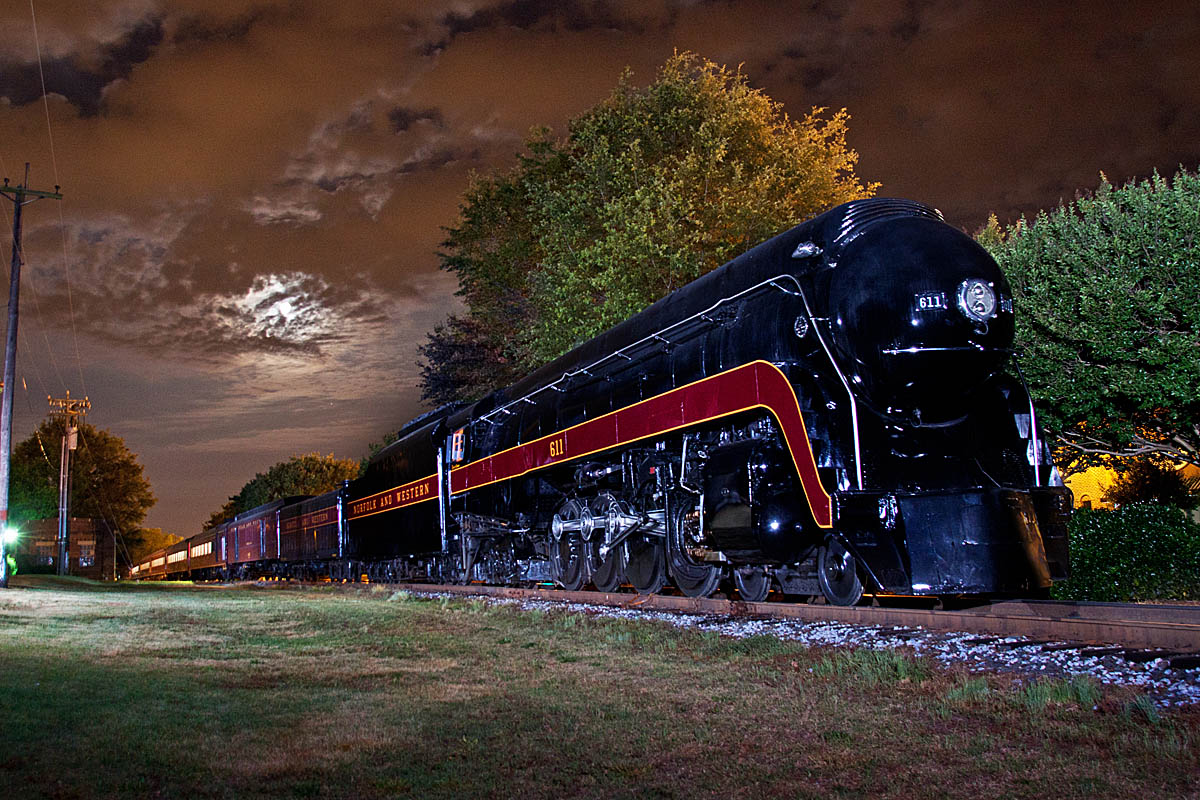 Norfolk & Western 4-8-4 No. 611 is seen at the North Carolina Transportation Museum prior to its departure for Roanoke in May 2015. Officials with the Virginia Museum of Transportation say they’d like to work with Amtrak to take the locomotive on excursions on passenger routes in the East.
David J. Stewart
ROANOKE, Va. — Three years of excursion service has proved that Norfolk & Western No. 611 is up to the task of heavy duty excursion service. Now its owner, the Virginia Museum of Transportation in Roanoke, wants to run the iconic 4-8-4 in new territory: Amtrak routes within the Norfolk Southern system as early as the 2018 season.

Fans, friends, and families may see a wider schedule by 2018 depending on how well the museum, Amtrak and Norfolk Southern work out the details.

“We know if you go to the same place too many times, you’re going to saturate the market. We saw some indication of that this year,” says Bev Fitzpatrick, museum director.

No. 611 capped its 2017 season with three days of trips from Roanoke to Lynchburg and Walton, Va., over Memorial Day weekend, the same trips 611 made since it rolled out of the shop fully restored in 2015.

“We’re looking to go further and wider,” Fitzpatrick says. “Places that are more distant from the Roanoke or Charlotte (N.C.) area, where we’d be able to find great ridership. Norfolk Southern suggested that we ask Amtrak.

We don’t know what the cost will be. We don’t have any idea about the details yet,” he says, “but that’s the way we’re heading, and we feel good about it. We’ve talked to Wick Moorman and a couple of folks in operations to see where might be able to go under their umbrella.”

Moorman is Amtrak CEO, and past CEO and chairman of Norfolk Southern.

“We would have never had 611 without Wick,” Fitzpatrick says. “He loves the locomotive. He understands the value of it, and we’re hopeful that he will find a way to help us.”

Among the details, the three parties would have to find locations where they can turn the train, Fitzpatrick says. One Amtrak route that will definitely not host 611 is the Northeast Corridor. The locomotive’s cylinders are set too wide to clear the corridor’s high station platforms.