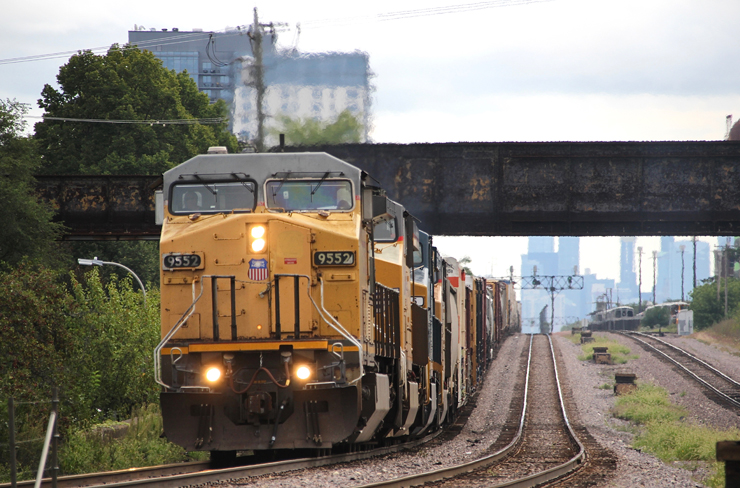 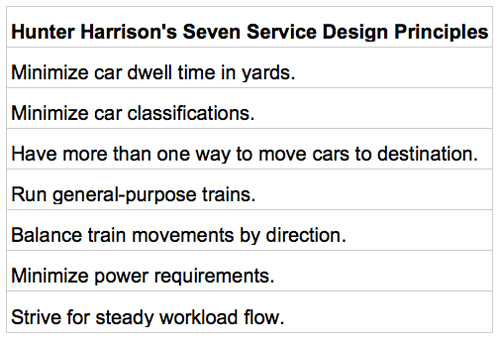 OMAHA, Neb. – Union Pacific sees Precision Scheduled Railroading as a way out of the operational and service rut in which it’s been stuck for the past year.

“By a number of measures it’s evident that we have not made the kind of progress I expect in improving our service and productivity performance in recent months,” CEO Lance Fritz told investors and Wall Street analysts on a Wednesday morning conference call. “We’re not meeting the expectations of our customers, and we know we can be better.”

“I believe a large part of the problem is attributed to the complexity in our network transportation plan … compounded by significant changes in business mix,” Fritz said. “Unified Plan 2020 is a way of addressing that network complexity. In a nutshell, it’s Precision Scheduled Railroading principles implemented on the Union Pacific network, taking into consideration the unique characteristics of our franchise and our base customers.”

UP will roll out operational changes in phases, plans to retain its current lineup of classification and regional yards, and will not rationalize its 32,000-mile network of main lines and secondary routes.

A key question: Can Union Pacific “Hunterize” its operations without having Harrison or a team of Precision Scheduled Railroading veterans?

Yes, Fritz says, noting that UP has closely watched operations at CN, CP, and CSX. “We’ve learned a great deal from those interline relationships: Exactly what PSR is, how it works, how it impacts us and how it impacts them,” Fritz says.

UP does have some people who are familiar with Precision Scheduled Railroading, including Cindy Sanborn, who was chief operating officer at CSX and now serves as vice president of UP’s Western Region.

“We have the right talent to be able to implement those seven core tenets and do it effectively on the Union Pacific franchise,” Fritz says.

UP decided to implement the new operating plan in three or four phases to minimize the potential for disruption. Service suffered at CN, CP, and CSX as Harrison rapidly rolled out systemwide operational changes while leading those railroads.

Implementation will start around Oct. 1 with more than 250 changes to the operating plan on the Mid-America Corridor, UP’s routes linking Wisconsin, Chicago, and Texas. The corridor handles half of UP’s merchandise traffic.

“It’s not a small toe in the water,” Fritz says. “It’s a pretty substantial move right out of the chute.”

The next phase is likely to begin early in 2019, with the final phase complete late in the year.

UP does not anticipate idling any of its 14 hump yards or converting them to flat-switching facilities. UP also will complete its 15th classification yard, Brazos Yard in Texas, by 2020 as planned.

Brazos is necessary to handle manifest traffic growth on the Gulf Coast and to streamline operations in the Mid-America Corridor, says Tom Lischer, executive vice president of operations.

But UP will use yards differently as the new operating plan unfolds, Fritz says, partly by having road trains swap blocks at hump yards – something the current operating plan avoids. Cars also will bypass yards en route to their final destinations.

The railroad is not considering line sales as a part of its shift to Precision Scheduled Railroading. And UP’s operating ratio targets don’t hinge on asset sales, Chief Financial Officer Rob Knight says.

UP still aims to reduce its operating ratio to 60 percent by 2020 and eventually reach its long-term target of 55 percent.

This prompted a question from an analyst: If the financial targets are the same, what’s the big deal about the new operating plan?

“What’s transformational about this is how we’re going to design the transportation plan itself, how we are going to execute the service product for our customers,” Fritz says. “We’re going from a focus on trains to a focus on cars and car movement.”

As a result, UP expects to see its costs dramatically improve due to much better utilization of crews, cars, and locomotives. It will need fewer of each as cars are handled fewer times en route and transit times improve.

UP also will run more general purpose trains that include bulk, merchandise, and intermodal traffic, executives say. But UP will leave its premium intermodal trains untouched.

Implementation of Precision Scheduled Railroading at other railroads led to 20 percent to 30 percent reduction in the number of employees. UP would not provide details on potential changes to the employee headcount. But officials say they expect substantial productivity gains and cost reductions.

UP learned from the “Blend and Balance” pilot program it launched last October in the corridor linking the Pacific Northwest and Chicago, Fritz says. The program was reminiscent of the Harrison philosophy of running general purpose trains and balancing the network by operating equal numbers of trains in each direction every day. The idea is to keep crews and power in balance with the added efficiency of increasing train length.

But Blend and Balance was a kind of light version of Precision Scheduled Railroading. It focused on trains, not individual cars, and did not fully embrace wholesale operational changes.

“We learned a lot from that pilot and now believe that a more unconstrained implementation of those concepts, and other PSR principles, is warranted across our entire rail network,” Fritz says.

Kenny Rocker, executive vice president of marketing and sales, said UP will talk extensively with customers about operational changes. “We are doing this to grow volume,” Rocker says, although he acknowledged that the needs of some shippers may no longer fit the UP network.