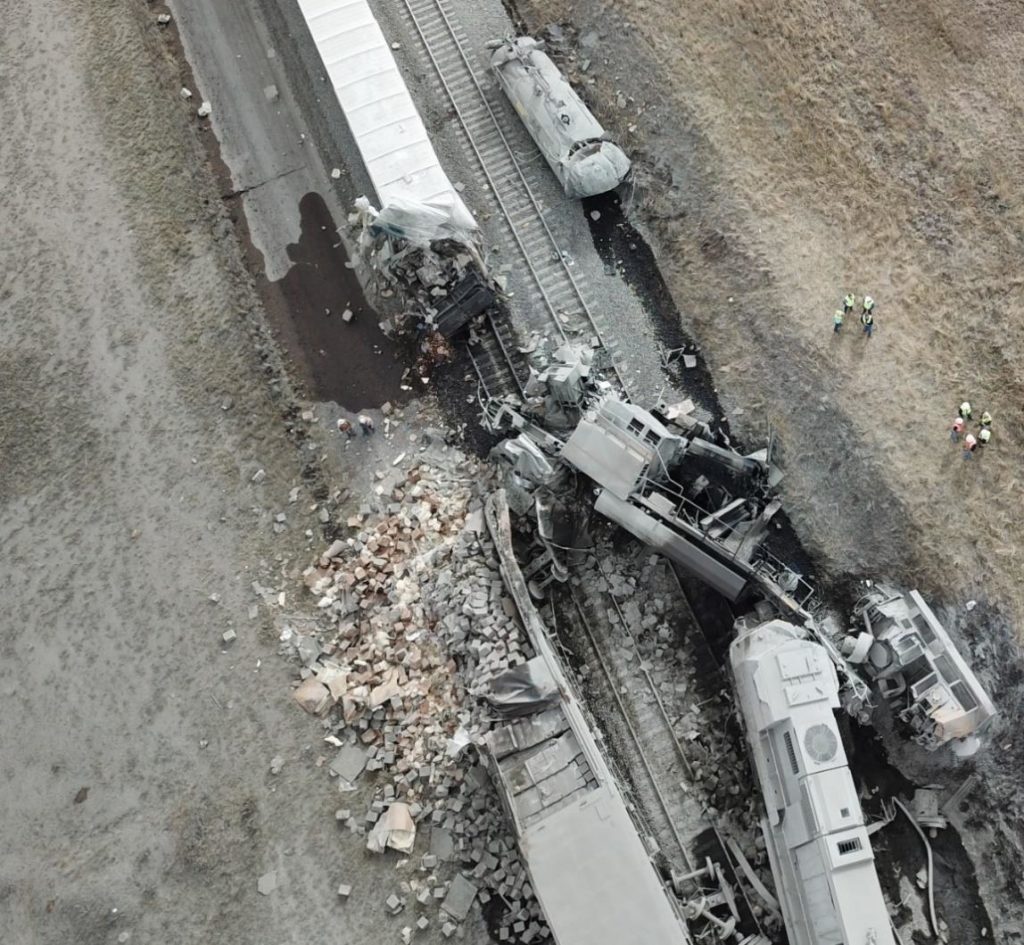 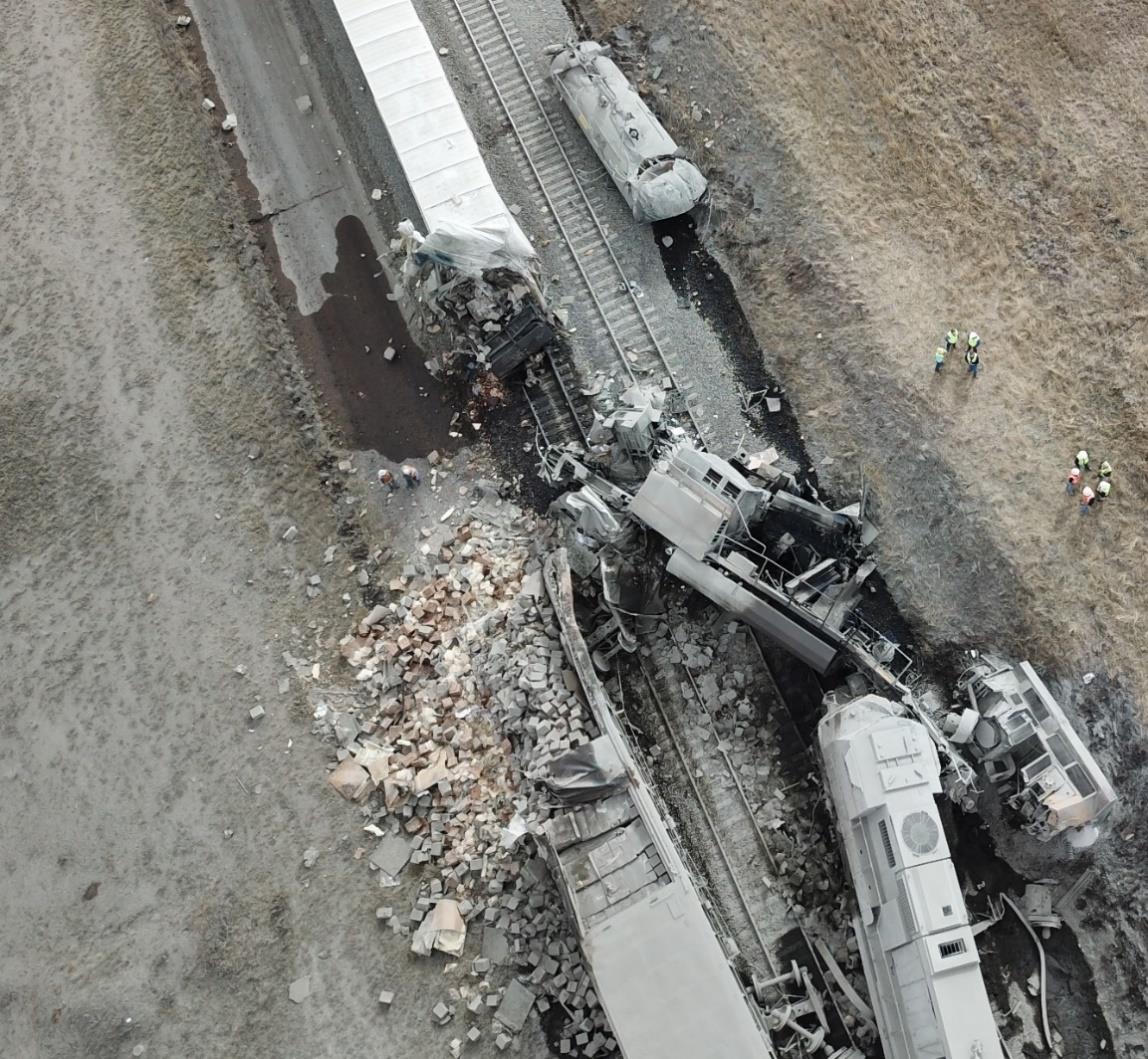 Union Pacific workers took an aerial drone photo of the wreck of two UP freight trains on Oct. 4. An eastbound train struck a parked train near Sherman Hill, killing two railroaders.
Union Pacific via the National Transportation Safety Board
Safety investigators around the world are still gathering data and learning what caused several runaway train incidents in both the United States and Australia in the latter months of 2018.

In Tasmania, Australian safety experts are looking into what caused a freight train to roll away from a cement loading facility in Railton, Tasmania, Australia, on Sept. 21. No crew members were on board the train as it rolled approximately 13 miles before being routed into a stub-end siding track near Devonport. Preliminary findings say the train’s operator was using a remote control device to operate the train when the device became unresponsive to commands. Two bystanders reported minor injuries as the train derailed in the siding.

In Wyoming, safety experts are investigating a failed air brake system on a Union Pacific freight train descending Sherman Hill on Oct. 4. The eastbound train and its two-person crew attempted to apply the train’s air brakes while descending Sherman Hill. Rather than slowing down, the train’s speed steadily increased from 18 to 29 mph, when the crew made an emergency brake application.

The air brakes failed to apply and the train reached 56 mph before crashing into the rear of a parked train near Granite City, Wyo. The two crew members were killed in the collision. Preliminary statements from the National Transportation Safety Board say the ongoing investigation focuses on the train’s air brake system, head-end and rear-end radio-linked devices, train braking simulations, and current railroad operating procedures.

One month later, back in Australia, BHP rail officials were forced to intentionally derail a runaway loaded iron ore train on Nov. 5 as it sped across the Western Australia landscape for more than 55 miles without a crew member onboard. Preliminary findings from the Australia Transport Safety Bureau say the train’s one-person crew member stepped off the locomotive to inspect a railcar before the train began to roll away and increase speed.

The BHP Remote Operations Center in Perth intentionally derailed the train at a switch about 50 minutes after the runaway was reported. The train consisted of four locomotives and 268 railcars. The train was headed to Port Hedland from Newman Mine in Western Australia.

A few weeks later in the United States, Norfolk Southern dealt with a runaway tank car near Allentown, Pa., on Nov. 18. The paraffin wax-filled tank car rolled from Emmaus, Pa., through Bethlehem, Pa., a distance of about 11 miles before NS crews could climb onto the car and apply its handbrakes. Videographers gathered trackside to catch the single tank car as it rolled through crossings and through signal interlockings on parts of former Reading and Lehigh Valley trackage. NS is still investigating the incident. No injuries were reported.

In an age when safety is paramount, and technology to prevent accidents has never been better, these freight train runaways were inconceivable — until they happened. For unnerving reminder that railroading remains a dangerous job wherever it is practiced, Trains editors name Runaways the No. 6 story of 2018.

One thought on “Trains Top stories for 2018: No. 6, Runaways NEWSWIRE”