Home / News & Reviews / News Wire / CP or NS: which has a soul for preservation? NEWSWIRE 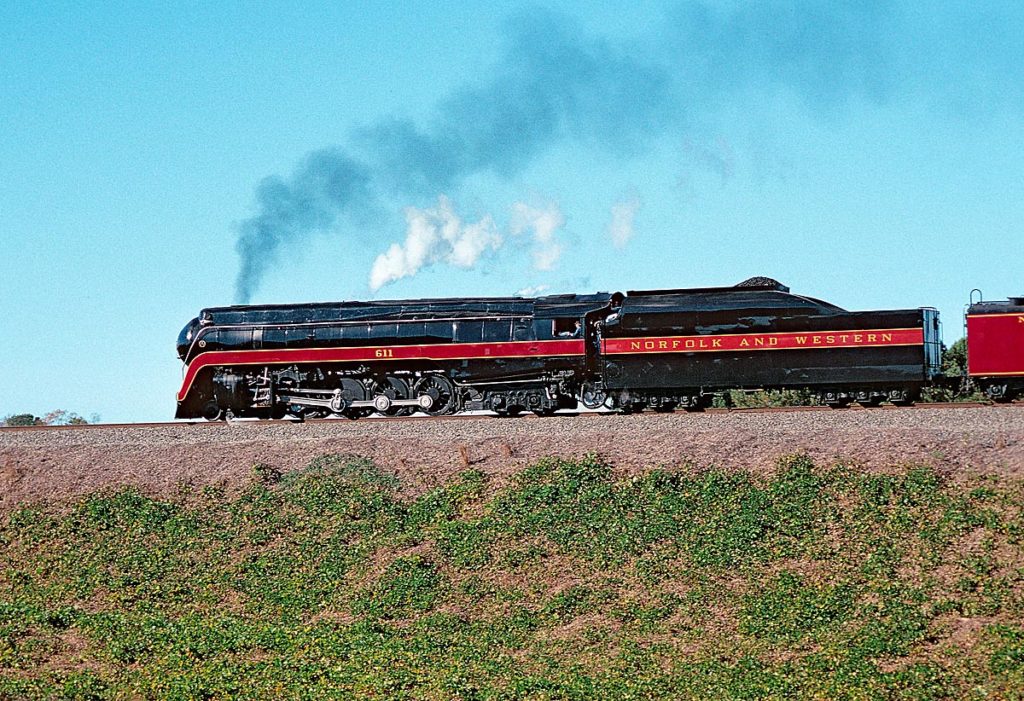 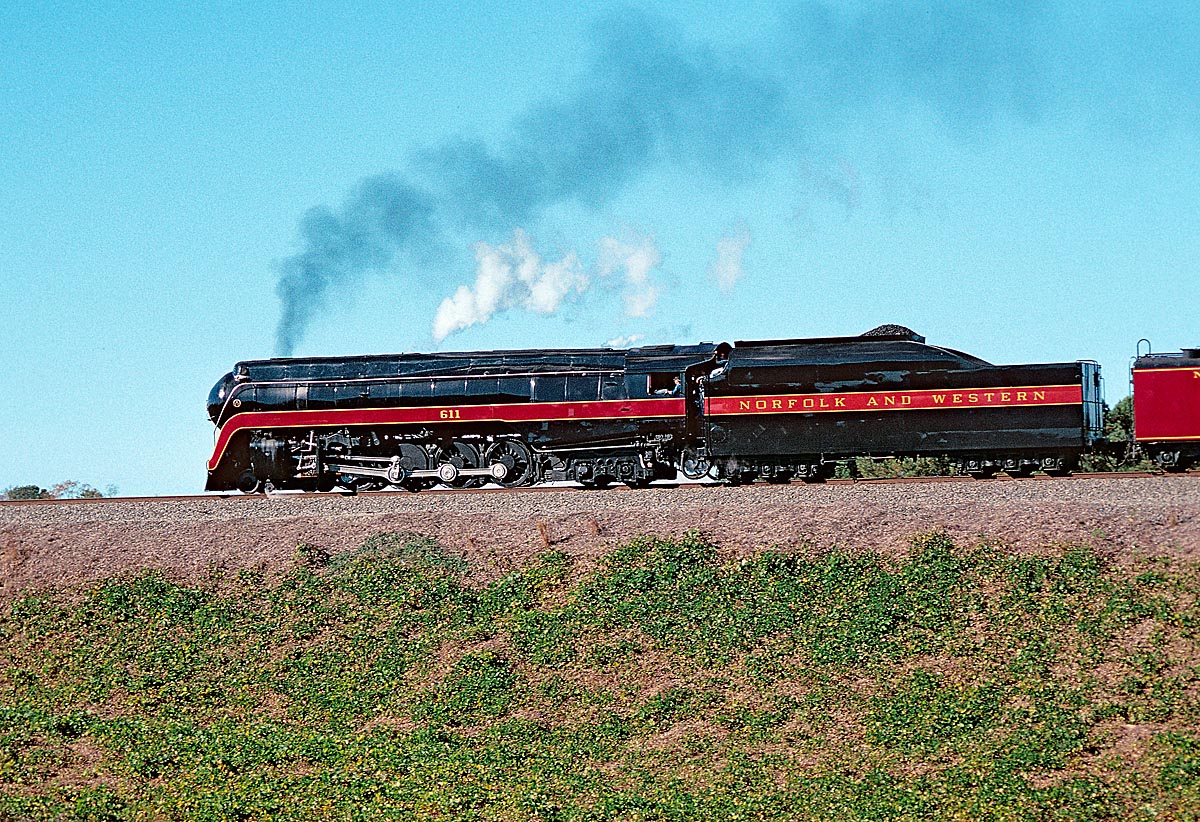 No. 611 on an excursion.
Jim Wrinn
Canadian Pacific’s offer to purchase Norfolk Southern has the full attention of industry analysts and investors. They’re thinking deeply about the railroads’ “net present values,” network operations, and regulatory filings. But what about the companies’ souls? How do the two companies compare in terms of railway preservation? 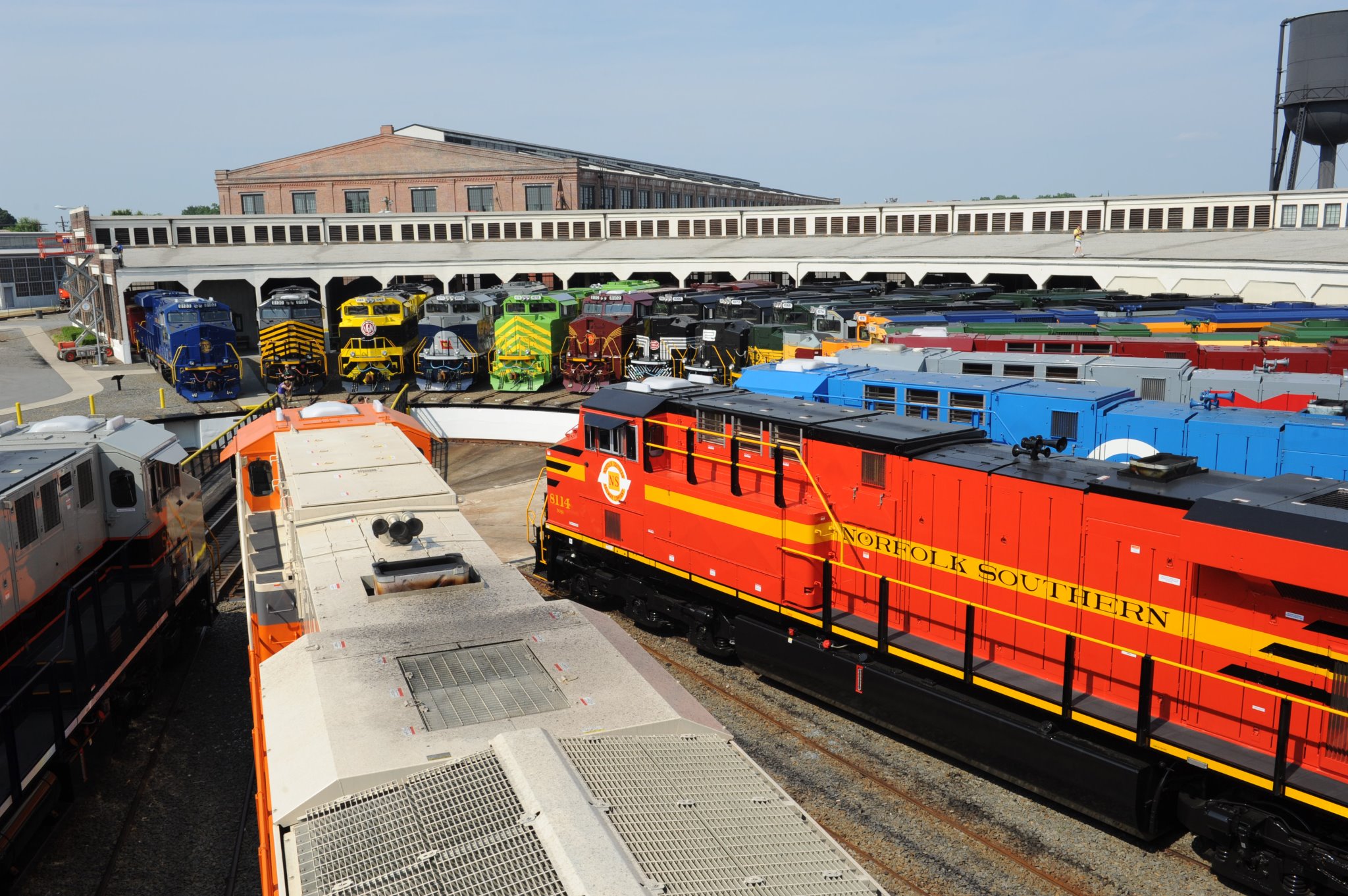 A product of Norfolk Southern’s heritage soul: an entire fleet of locomotives in heritage paint schemes. As seen in Spencer, N.C., in 2012.
Norfolk Southern
Norfolk Southern
Let’s start with the obvious leader in Class I railroad showmanship — NS. The industry’s followers have grown accustomed to NS recognizing its heritage in ways that have exceeded most observers’ expectations. We know that Norfolk Southern’s 21st Century Steam Program excursions are the only such trips offered in the country on a large scale.

NS has also been a good supporter of sustainable railway preservation projects, donating cash and services, repairing locomotives, and moving equipment across its system. Thanks to NS, major events like the NS heritage unit family gathering and Streamliners at Spencer took place in 2012 and 2014, respectively.

Norfolk & Western Class J No. 611 had a successful spring and summer in Virginia and Nickel Plate Road No. 765 traveled far into upstate New York and northeastern Pennsylvania from Indiana. Tennessee Valley Railroad Museum piloted several successful trips featuring Southern Railway 2-8-2 No. 4501. Taken together, NS and its steam partners accumulated thousands of miles and generated much public and employee good will in the 2015 good season. Oh, and NS’ executive F units and business car fleet are just plain nice to look at, day or night, rain or shine.

NS CEO Wick Moorman’s retirement this year resulted in executive leadership changes in the top ranks, and we’re waiting to learn how the new administration of CEO Jim Squires will treat the steam and heritage unit programs in 2016 and in years to come. 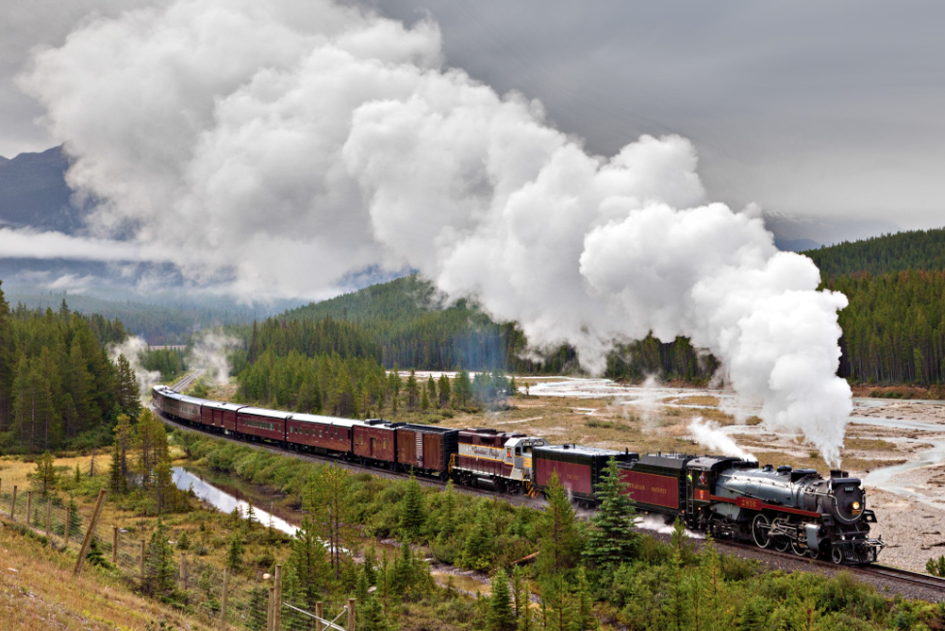 And what about Canadian Pacific’s heritage soul? It’s once proud steam program is cold and dead. CP 4-6-4 No. 2816 the Empress pulls the westbound Children’s Wish Foundation toward Kicking Horse Pass on the Alberta/British Columbia border in 2010. The engine has remained cold since 2011.
Matthew Hicks
Canadian Pacific
More than 2,400 miles to the northwest in Calgary, Alberta, CP public steam excursions are non-existent. CEO E. Hunter Harrison is an industry businessman, transforming Canadian Pacific since taking the helm in late 2012. Harrison has led the company into record profits and significantly reduced operating ratios. He eliminated steam and preservation in the process. Many believe it will stay that way.

Canadian Pacific 4-6-4 No. 2816 resides in Calgary with much of the railroad’s heritage fleet. Under former CEO Fred Green, the semi-streamlined Hudson was restored and operated from 2001 to 2008 until sidelined by the Great Recession. It ran again in 2010 and was featured in a well-received IMAX film “Rocky Mountain Express.” It last operated in the summer of 2011 on public excursions that promoted the Children’s Wish Foundation. The locomotive has been out-of-service since
a mechanical issue midway through its two-month excursion season that year. Under Harrison’s leadership, the locomotive has not returned to steam. Likewise, Minneapolis-based Milwaukee Road 4-8-4 No. 261 has not turned a wheel on its former main line after Harrison’s arrival. Sources close to the group say they see no point in even asking about a 261 excursion on CP rails because they believe the answer would be “no.”

In a head-to-head match-up NS seems to outshine CP in every way on railway preservation. But there is hope if a CP-NS combination comes to fruition. Only one railroad sought candidates for an employee to maintain and service steam locomotives this summer, you guessed it — CP.

13 thoughts on “CP or NS: which has a soul for preservation? NEWSWIRE”