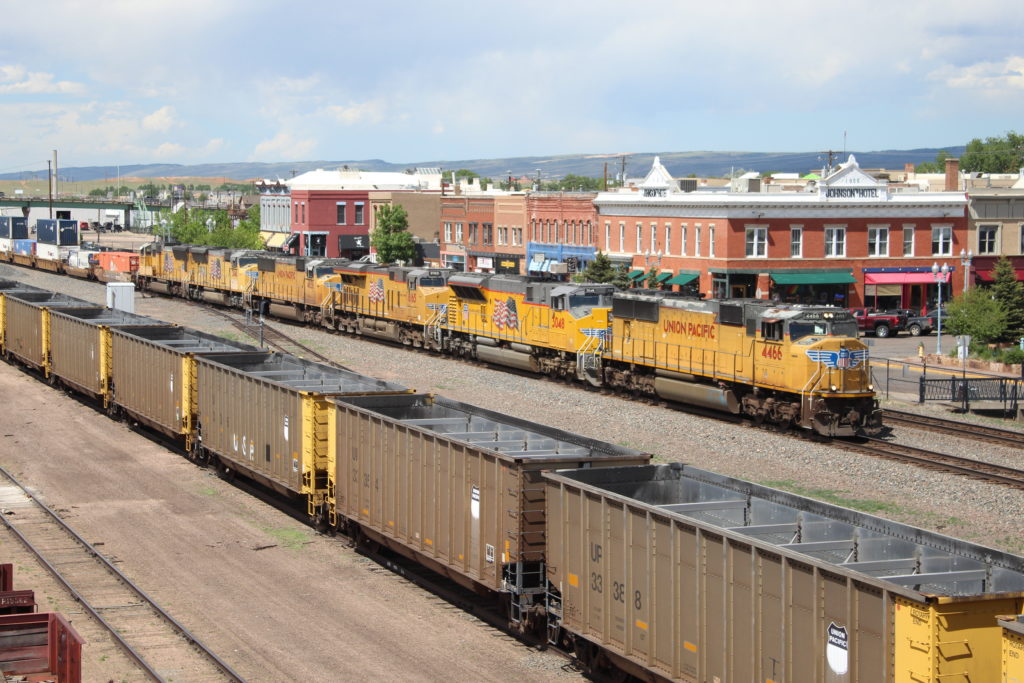 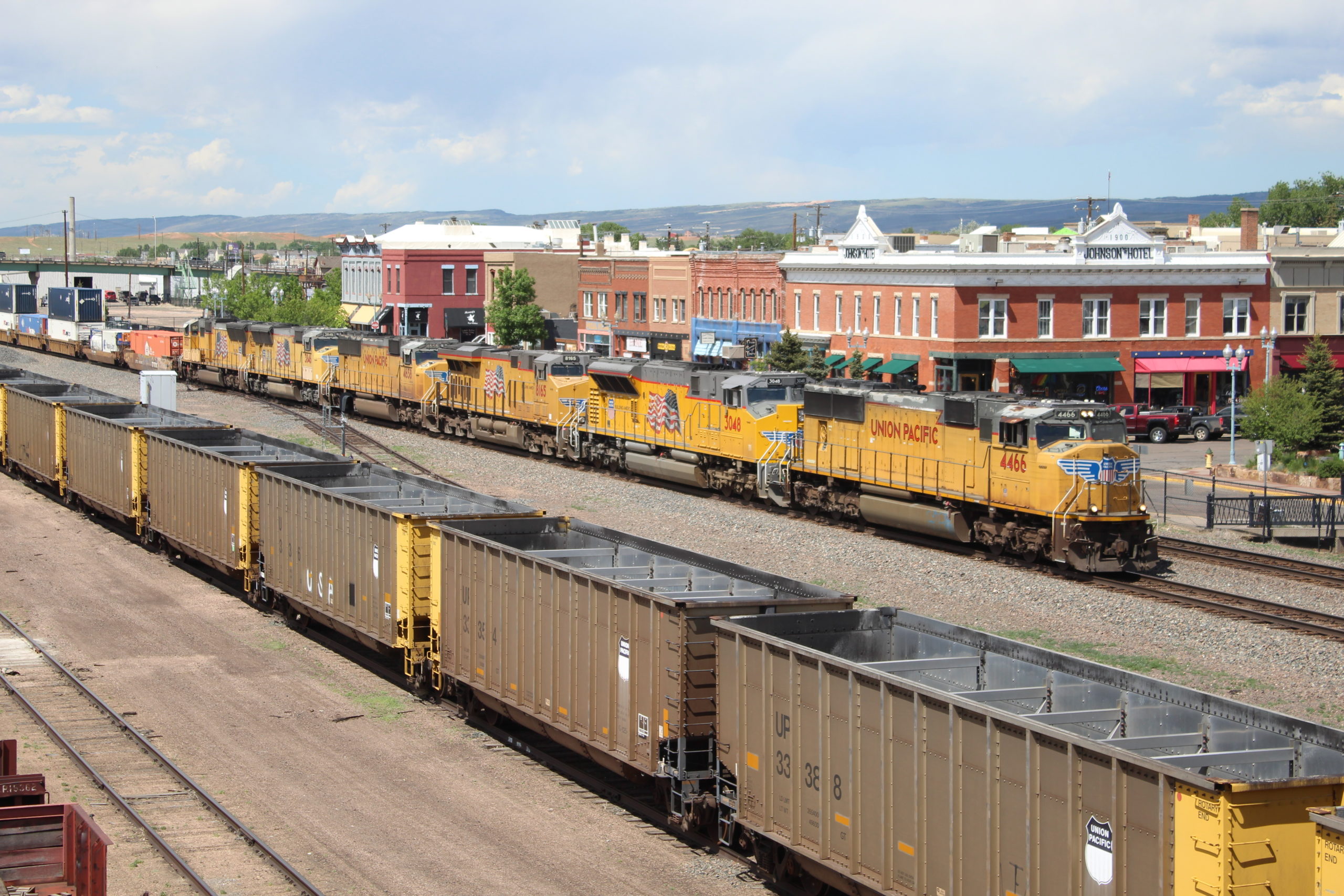 Behind six units, an eastbound Z-train flies through historic downtown Laramie, Wyo., on June 7, 2018, exactly 150 years to the day that Union Pacific tracks reached the town named for French-Canadian fur trader Jacques La Ramee.
Bill Stephens
OMAHA, Neb. — More of Union Pacific’s intermodal trains will operate daily, up from five or six days a week, as the railroad boosts departures as part of its shift to an operating plan based on the principles of Precision Scheduled Railroading.

“As Union Pacific continues to implement Unified Plan 2020, we are working to create balanced directional flows in our Los Angeles to Midwest/Texas/Southeast corridors,” UP said in a customer advisory on Monday. “To achieve the balanced flows, service frequency will increase in a number of lanes.”

Service between Los Angeles and the Global 1 and 3 terminals in the Chicago area, for example, will go from six days a week to seven.

In other cases, service frequency will increase from three days per week to four, such as between Kansas City, Mo., and Long Beach, Calif.

The changes, which are effective Jan. 15, are designed to keep UP’s locomotives, crews, and intermodal cars in balance and avoid costly repositioning moves.

Running the same number of trains in each direction every day is a key element of the operating philosophy touted by the late E. Hunter Harrison while he was chief executive at Canadian National, Canadian Pacific, and CSX Transportation.

The only potential problem, Gross says, is that containers that arrive at terminals on weekends may sit until Mondays, which runs counter to railroads’ goals of keeping container storage at intermodal terminals to a bare minimum.

Some receivers are not open on the weekends and won’t accept shipments on Saturdays or Sundays.

“Other than that, I can’t see how it’s anything but a good thing,” Gross says of more frequent intermodal service.

Those changes, which are scheduled to take effect in January and February, aim to reduce complexity in the intermodal network, which in turn can help increase reliability.

The railroad is in the second phase of rolling out its new UP 2020 operating plan on lines linking Southern California with Chicago and Texas. The first phase began Oct. 1 on the Mid-America Corridor, UP’s routes linking the Midwest, Chicago, and the Gulf Coast.

CORRECTION: Union Pacific’s Global 1 and 3 terminals are near Chicago. An earlier version of this story incorrectly reported that information. Dec. 19, 2018 8:13 a.m. Central time.