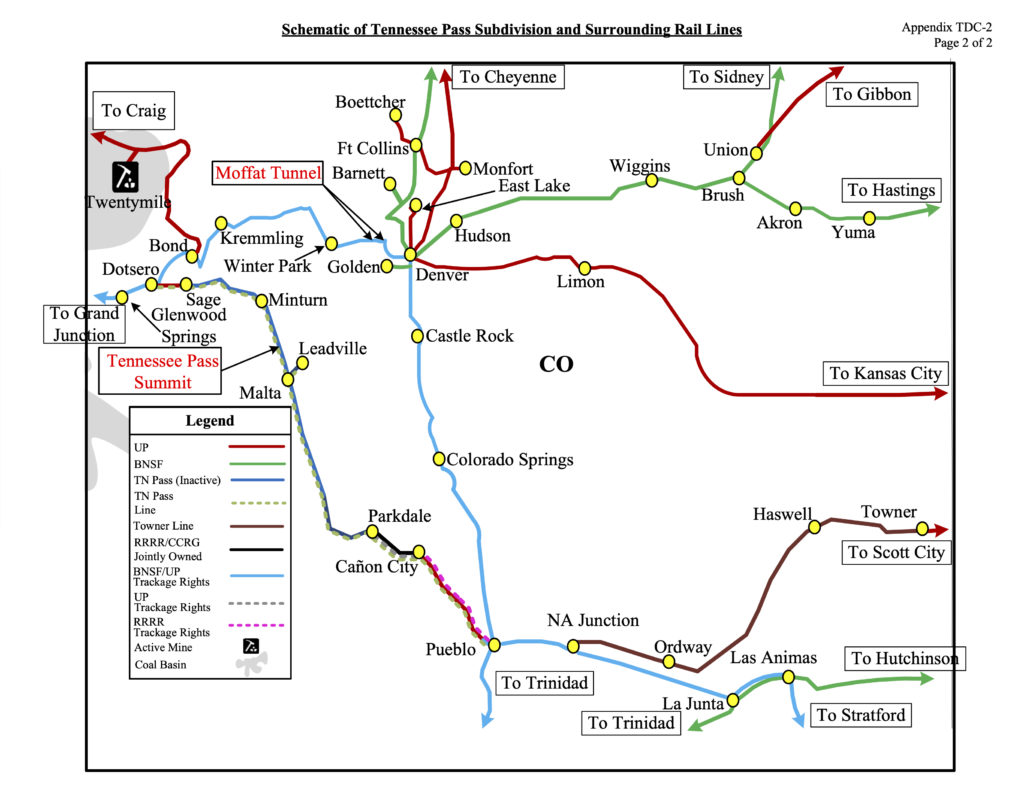 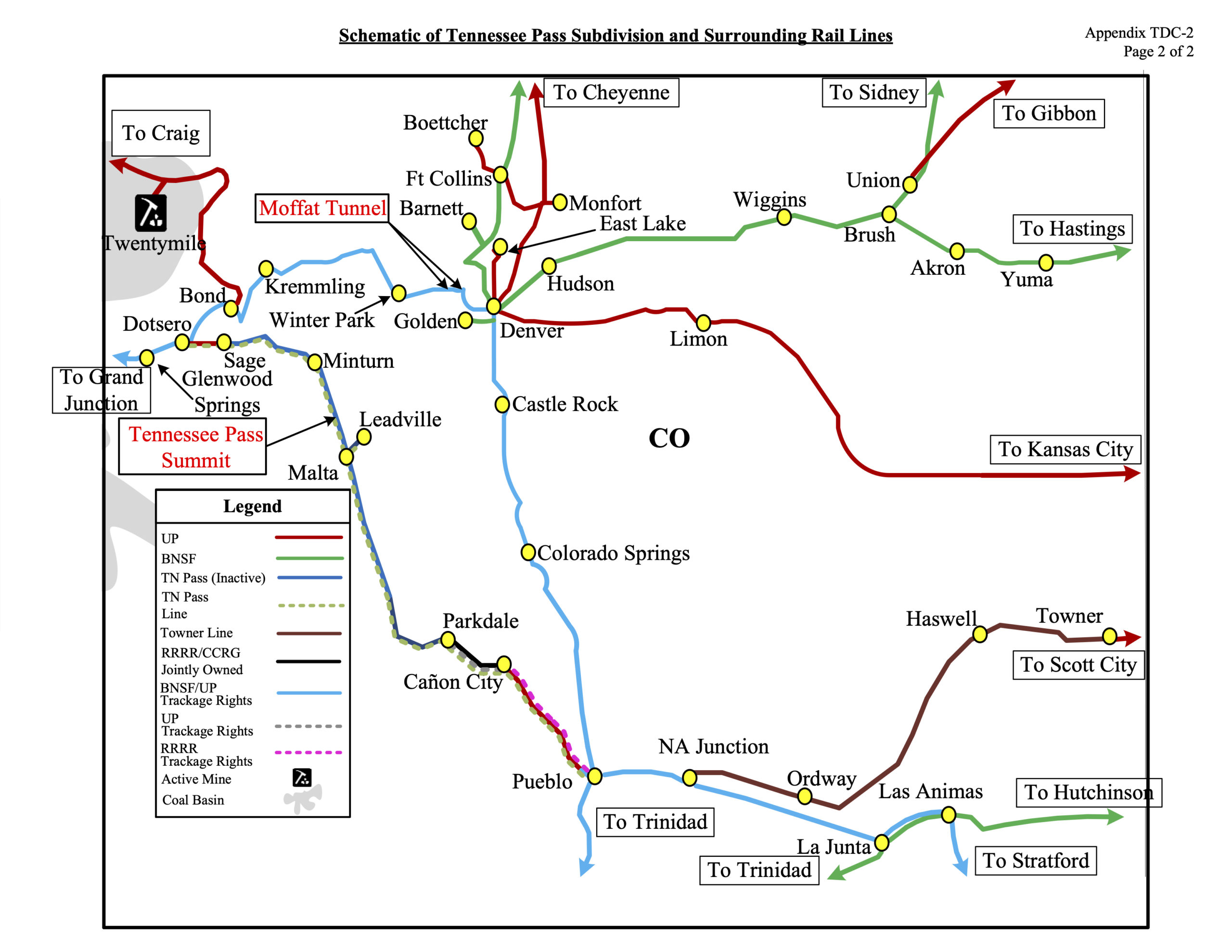 KCVN LLC and its subsidiary, Colorado Pacific Railroad LLC, last week said they would buy the long-dormant route for its liquidation value of $8.8 million, down from a $10 million offer they made to Union Pacific in November.

UP in December declined Colorado Pacific’s offer and said it was in active discussions with other parties to restore service on the line.

But KCVN and Colorado Pacific say they could find no evidence that UP was talking with potential line suitors. So, they filed a feeder line application to gain control of the route. It’s the same maneuver they used in 2018 to acquire and resuscitate the 121.9-mile Towner Line in eastern Colorado.

The sale of the Tennessee Pass line to Colorado Pacific would create a nearly 400-mile route extending from Towner, Colo., to Dotsero, Colo., that would provide grain and mining shippers with a shortcut to Utah and the West Coast, KCVN says in its filing.

KCVN last year spent $3.5 million to restore the Towner Line to FRA Class 2 track standards and in April expects to begin service on the line, with Watco’s Kansas and Oklahoma as the designated operator.

UP says it continues to work with another potential operator for the Tennessee Pass route.

“We are aware of the complaint; however, we are in active discussions with another party to potentially restore service to the line, and we plan to continue those discussions,” a UP spokeswoman says.

KCVN is controlled by New York real estate developer Sheldon Solow and his son, Stefan Soloviev, who reverted to the traditional spelling of the family’s name.

Soloviev, who controls Colorado Pacific, has extensive land holdings in the West totaling more than 350,000 acres, including cropland in Colorado, Kansas, and New Mexico. His companies, which operate under the name Crossroads Agriculture, own grain elevators in eastern Colorado and western Kansas.

“If they want to move grain west, either to flour mills at Salt Lake City/Ogden or Los Angeles, or for export from Pacific Northwest points along the Columbia River in Washington, the wheat must first move 250 miles east to Hutchinson, Kansas, and then be placed on another westbound UP line, along which it travels 250 miles back west just to reach the State of Colorado again, having traveled 500 miles without any net westward progress,” William Osborn wrote in Colorado Pacific’s regulatory filing.

Efforts to move grain westward are stymied by the 500-mile detour and the long-closed gateway at NA Junction, where the Towner Line meets the UP-BNSF Railway Joint Line 26 miles east of Pueblo, Colorado.

Karyn A. Booth, an attorney who heads the transportation practice at Thompson Hine in Washington, says feeder line applications fall somewhere between rare and routine.

“They are not an everyday occurrence,” she says.

Feeder line applicants must demonstrate that:
• A sale is required by “the public convenience and necessity.”
• The current owner has no interest in providing service over the line.
• Current service is inadequate.
• The sale of a line will not have an adverse financial effect on the current owner.
• The sale will improve service.

Tennessee Pass, with its 3% grade, was one of two main lines the Denver & Rio Grande Western maintained over the Continental Divide. UP took over the combined Rio Grande-Southern Pacific system in 1996 and a year later ceased regular service over the pass.

The east end of the railroad, from Pueblo to Parkdale, was later sold to a short line, Rock & Rail, but UP maintains trackage rights. The Royal Gorge Route Railroad also operates excursions out of Cañon City. Both would remain in place under Colorado Pacific’s plans.