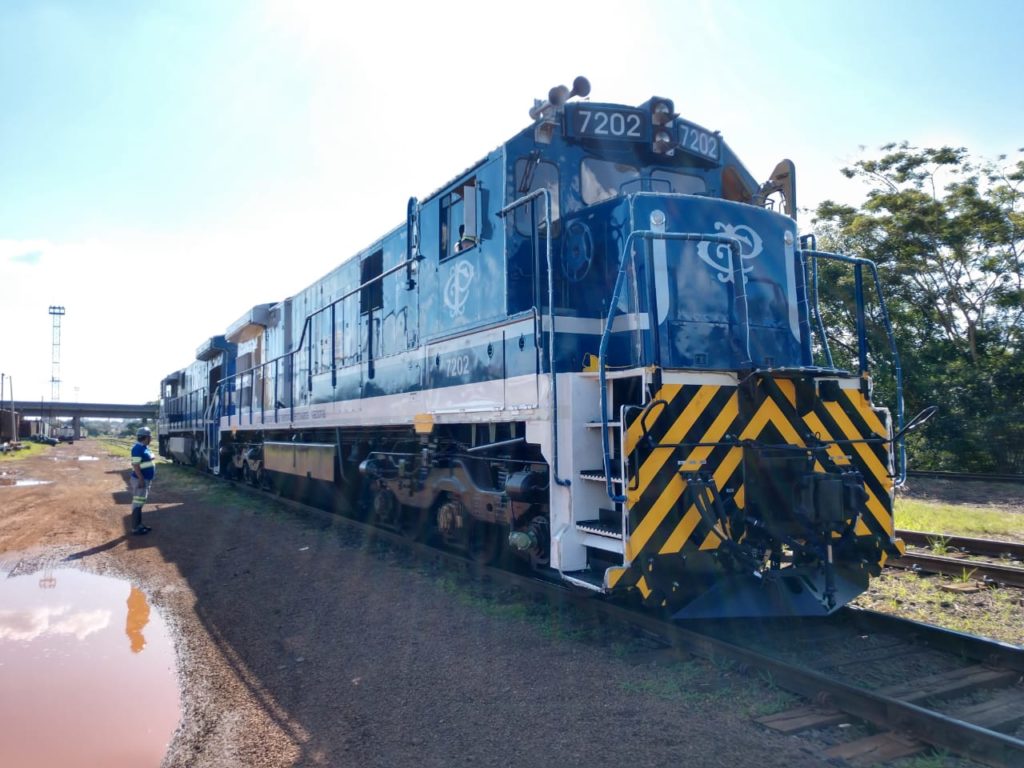 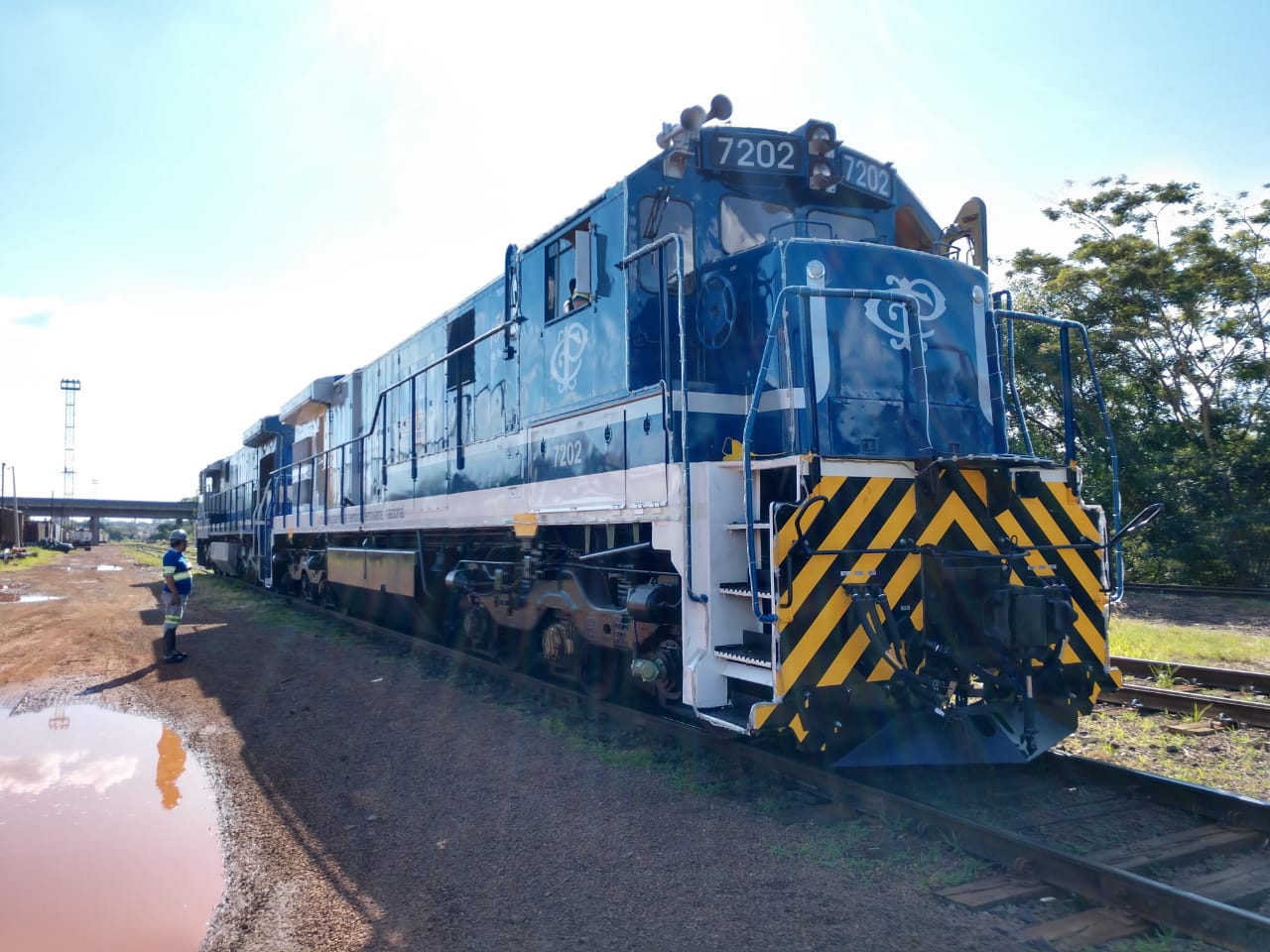 A Brazilian heritage rail group saved and restored a C30-7A locomotive in time for holiday train duty in the South American country.
Bruno Sanches
ARARAQUARA, São Paulo, Brazil — A Brazilian preservation group that saved the country’s only surviving C30-7A locomotive made quick work of its restoration and is now taking it on a tour of the state of São Paulo, just in time for the holidays.

Earlier this year, the Regional Sul de Minas Chapter of the Brazilian Association of Railroad Preservation agreed to purchase Rumo Logistica No. 7202. The locomotive was owned by a recycling company after being retired in 2017. The locomotive is one of seven C30-7As built for Brazil, according to Volunteer Bruno Crivelari Sanches. Conrail also owned C30-7As. The locomotive differs from the GE C30-7 because it has 12 cylinders instead of 16 cylinders.

Rumo Logistica led the restoration and painted the locomotive in a special tribute scheme to celebrate the 150th anniversary of the Companhia Paulista de Estradas de Ferro, a railroad that once ran in the São Paulo.

The restoration was completed just in time for the locomotive to lead Rumo Logistica’s annual Christmas on Rails train (Brazil’s version of the Canadian Pacific Holiday Train). The train departed on a 25-city tour on Dec. 16.

“It is a great opportunity to end our activities with the feeling of unity and hope that Christmas brings us,” says Carmen Maron, spokesperson for Rumo Logistica.