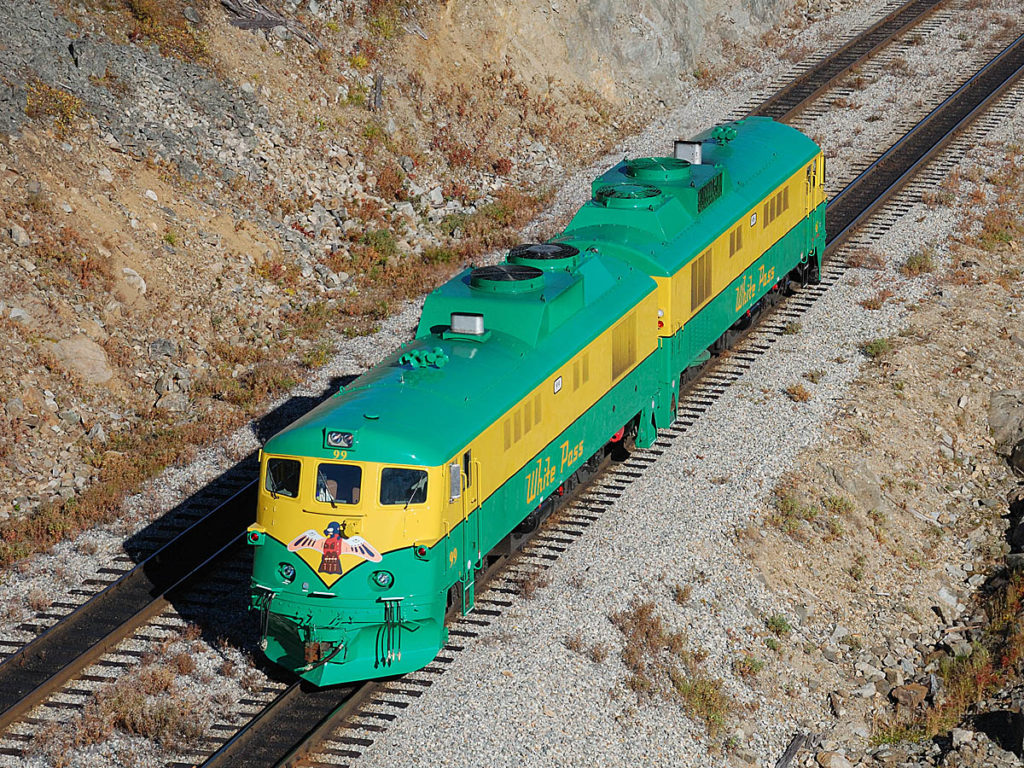 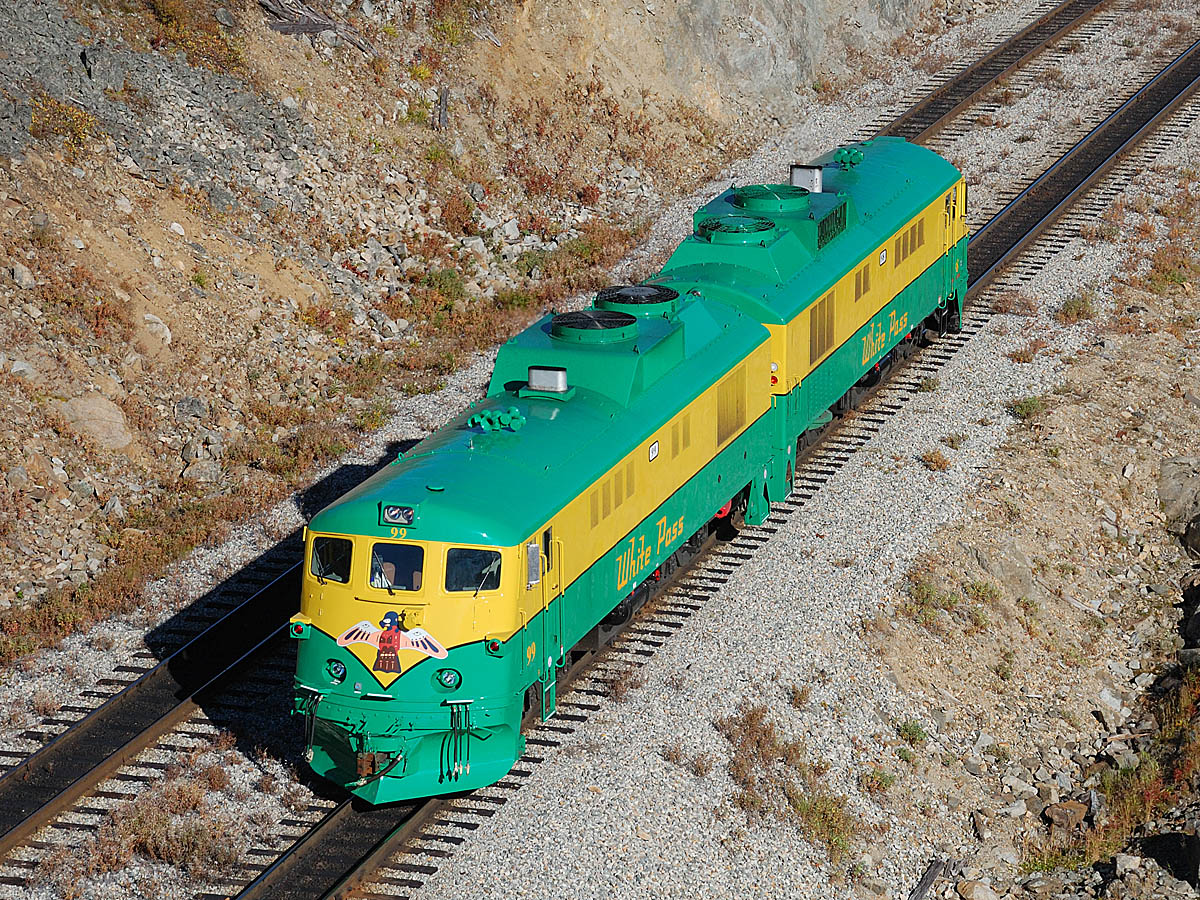 Previously rebuilt GE shovelnose diesels show off their fresh paint. Nos. 90, 93, and 98 will see rebuilds in 2019.
David Lustig
SKAGWAY, Alaska – As part of White Pass & Yukon Route Railway’s general expansion of tourist operations for the upcoming 2019 season, the railroad dispatched 10 coaches and three locomotives from its Skagway headquarters to Washington in November for retrofitting and upgrading. The equipment was barged from Skagway to Bellingham, Wash., and then trucked to Hamilton Construction in Sedro-Woolley, Wash.

The locomotives, Nos. 90, 93, and 98, are part of a small fleet of General Electric-built shovel-nose diesel fleet dating back to 1954. The majority of the GE units on the roster had been previously rebuilt and re-engined with Cummins prime movers by contractors CEECO in Tacoma and Sygnet Rail in Tenino, Wash.

All equipment is scheduled to return to Skagway ready for service by the end of April 2019.

As of Aug. 1, 2018, owner TWC Enterprises sold the railroad and its Skagway port operations to a consortium that includes Alaska-based Survey Point Holdings, and the cruise company Carnival Corp.

“We feel that maintaining the right of way between Carcross and Whitehorse is possibly a future opportunity for future tourist traffic for the White Pass & Yukon Route,” the railroad says in a statement to Trains News Wire. “Our tentative initial plans are to clear the brush and the communication wires over a several year period. The necessary costs of replacing bridges, culverts, roadbed and track are considerable. However, while we have no immediate plans to provide passenger service between Carcross and Whitehorse, we want to preserve that opportunity in the event traffic warrants restoring this service.” 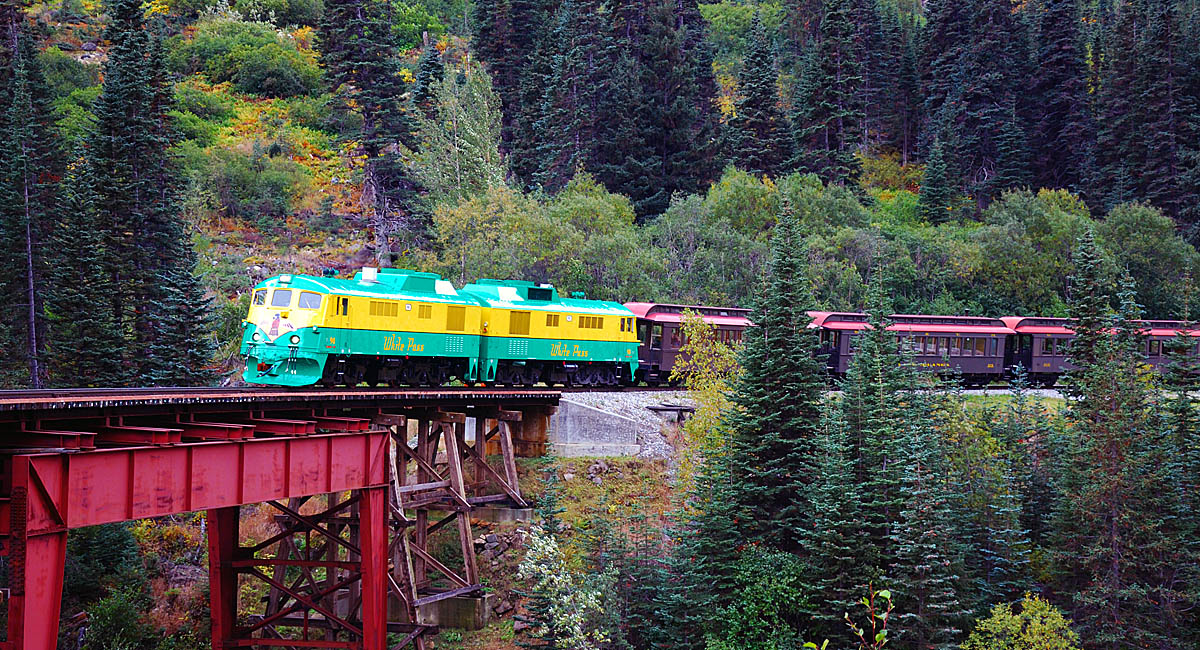