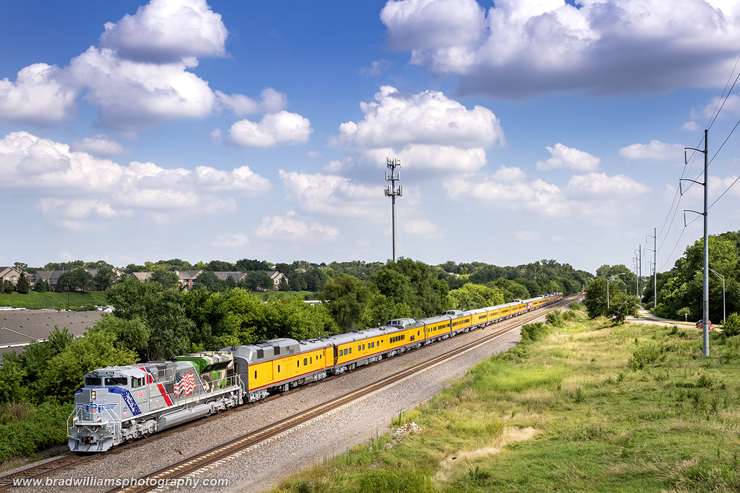 Union Pacific is preparing to run its only steam excursions of the year, the Cheyenne Frontier Days special and a subsequent trip, after a deadhead move on Monday to bring its passenger trainset to Cheyenne, Wyo. Tickets remain available for the Sunday, July 22, trip from Denver to Cheyenne.

Sunday’s trip, the Union Pacific Museum Special, is a one-way move from Denver to Cheyenne, departing at Denver at 1 p.m. and arriving in Cheyenne at 5:45 p.m., with a stop in Greeley (3:45-4 p.m., at the 8th Street crossing). Information and tickets are available here.

These are the only steam events for 2018 as the UP steam crew focuses on preparing Big Boy No. 4014 for events next year to celebrate the 150th anniversary of the first transcontinental railroad.

Monday’s deadhead move for the passenger cars — 19 cars, including seven domes — was pulled by the railroad’s salute to the armed forces unit, No. 1943, Spirit of the Union Pacific. More on that locomotive is available here.