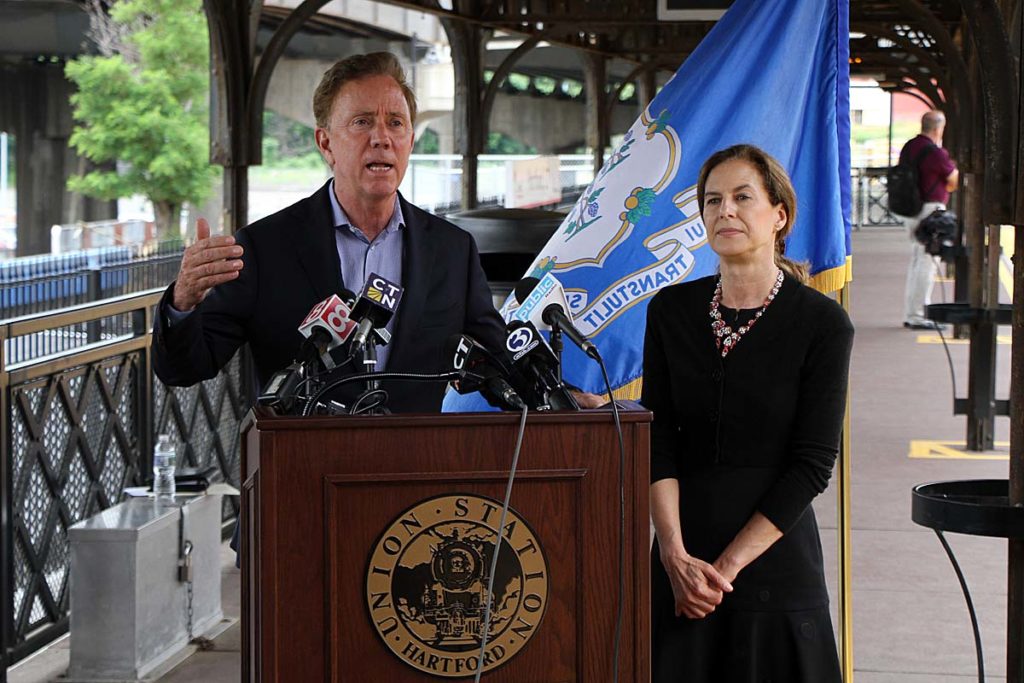 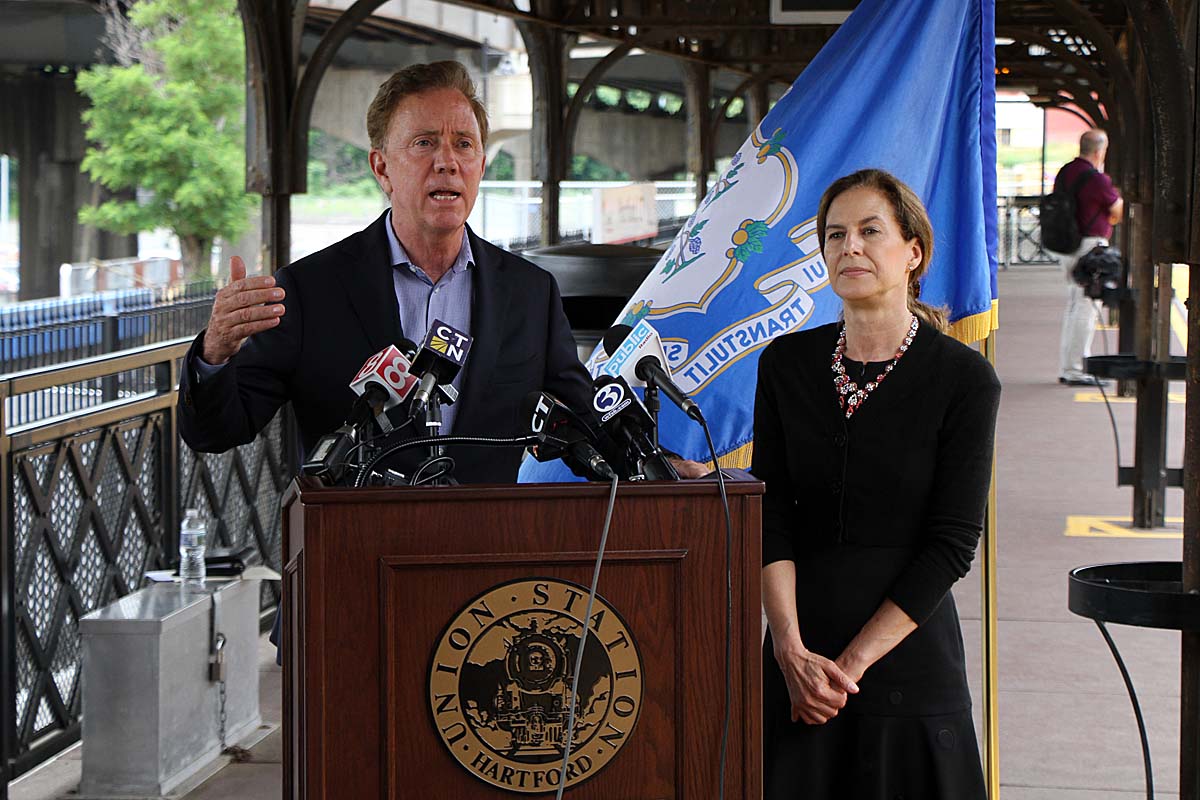 Prior to the departure of Monday’s CTrail midday northbound train No. 4406 from New Haven, local, state and federal dignitaries marked the operation’s one-year anniversary by addressing attendees and riders. Mayor Toni Harp, U.S. Sen. Richard Blumenthal, Connecticut Gov. Ned Lamont and Lt. Gov. Susan Bysiewicz, along with Commissioner of Transportation Joseph Giulietti and Amtrak Assistant Vice President Thomas Moritz, all made brief statements. Lamont, Bysiewicz, Giulietti, and Moritz joined regular passengers on board No. 4406 for the 45-minute ride to Hartford, where a second ceremony was held. Lamont drew laughter as Amtrak passengers hurried through the crowd while attempting to board a southbound Amtrak shuttle train by loudly announcing “All Aboard for Train 473.”

The Year One Report focuses on on-time performance (89%, July 2018-April 2019), a November 2018 passenger satisfaction survey (more than 80% of respondents reported being satisfied with each of seven characteristics), bicycle racks (1,356 bicycle passengers through May), stations and parking, and development of additional electronic fare payment options. Still in progress is retrofitting of CTrail’s leased 31-year old passenger cars to include ADA-compliant toilets. The first two upgraded cars are due later this month.

Still in the future is double-tracking one of the route’s final two sections of single track, 8 miles of between Windsor and Enfield, Conn. (3.8 miles of single track will remain between Hartford and West Hartford), additional station stops at Enfield, West Hartford, Newington, and North Haven, and replacement stations at Windsor Locks and Windsor.

The report includes a simplified chart that shows the initial cost of the service during its first year. Expenses are listed as $43.9 million. with revenue of $7.2 million, leaving state and federal subsidies of $36.7 million. At the same time, an estimated $430 million has been invested in “transit economic development” along the Hartford Line route, the report states.About  1,400 residential units and 242,000 square feet of commercial office space have been constructed or are being designed, according to CTDOT. Much of this new construction involves re-purposing long-dormant large commercial and industrial buildings.
–This story was updated to better reflect the infrastructure between Hartford and West Hartford

CTrail train No. 4406, carrying Connecticut’s governor, lieutenant governor, and transportation commissioner, arrives at Hartford on Monday. The state capitol can be seen behind the train.
Scott A. Hartley