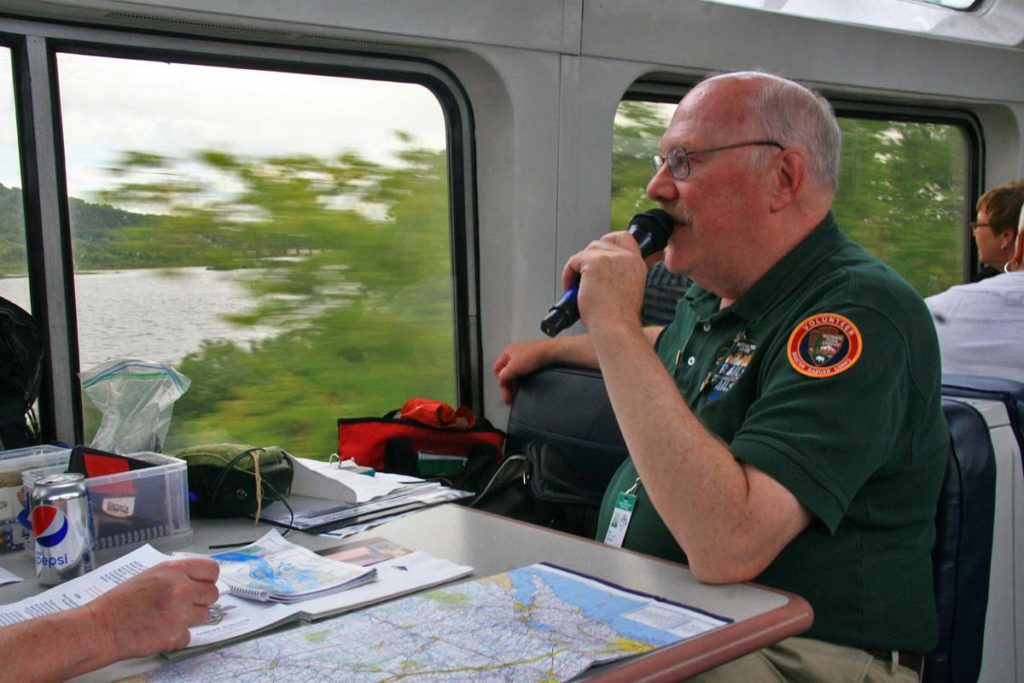 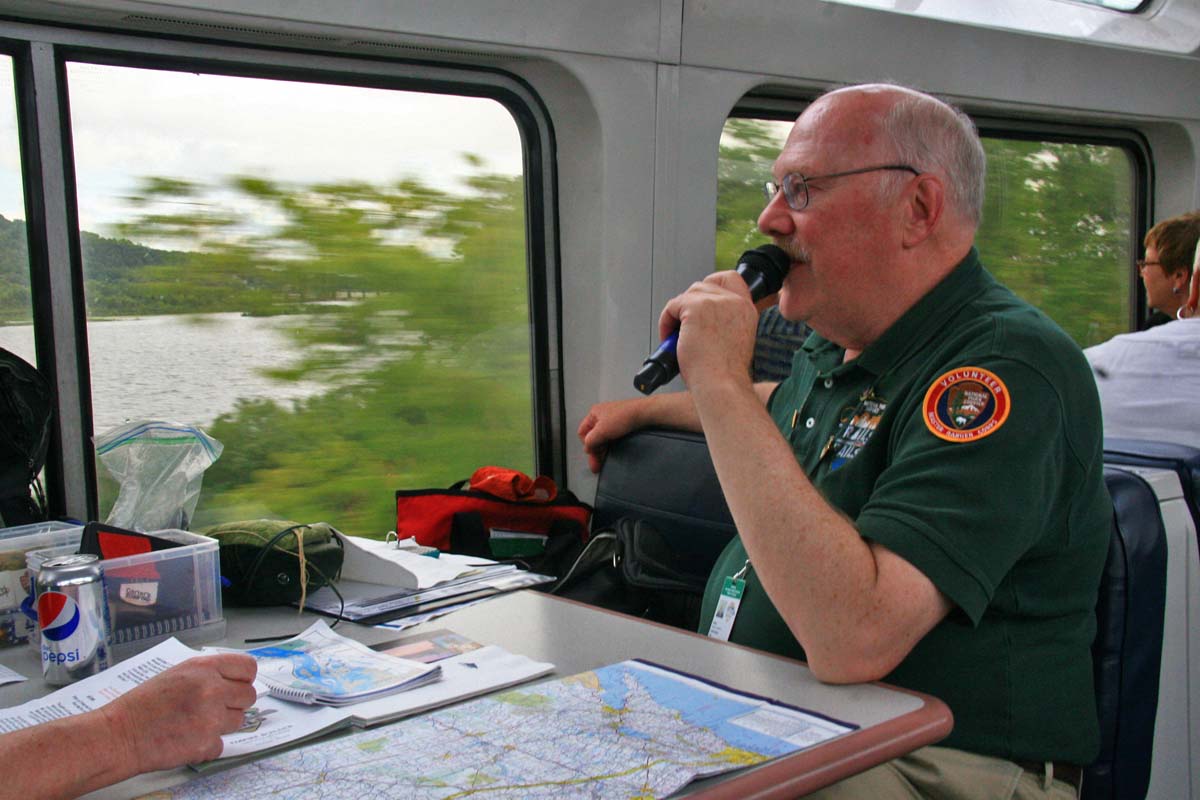 Trails and Rails volunteer Andy Selden describes wildlife along the Mississippi River on the ‘Empire Builder’ in 2014.
Bob Johnston
WASHINGTON – Amtrak’s decision to no longer furnish meals or lodging for “Trails and Rails” program volunteers continues to curtail commentary on rail routes that used to have it. However, a new five-year agreement between the passenger rail carrier and the National Park Service means the redefined relationship will at least continue.

“It seems like we now have a steady source of contact folks at Amtrak in Washington, D.C., to serve as liaisons that can help move the program along,” Trails and Rails National Director Jim Miculka tells Trains News Wire. Communication had previously ended last year when Amtrak eliminated marketing department personnel as part of company wide cost cutting.

Volunteer commentators come from host parks; itineraries have been altered to cover portions of routes so now with some exceptions, they usually make round trips in one day.

For instance, guides from three New York-based parks give informative talks every Saturday and Sunday through at least Nov. 16 on the northbound New York-Montreal Adirondack:

“When Amtrak dropped the onboard meals and the National Park Service expense allotments didn’t change, the parks needed to prioritize how they use the same limited funds – varying from $500 to $2,500 annually – now that meals had to be covered,” says Miculka. “There was never enough money for overnight lodging.”

Commentators typically first introduce themselves over the train’s public address system. Miculka says they have about 45 seconds to explain the program and where they are set up onboard, usually the cafe car, “though periodically the guides walk through the train to answer questions and carry a few props as conversation starters. We make sure we hit the Americans with Disabilities Act sections, and we might make a train-wide announcement if there is wildlife or a particular point of interest.”

Miculka helped start Trails and Rails in 2000 when he was based at a New Orleans park, and is working with Amtrak and the National Park Service national office in planning projects for next year that will commemorate the program’s 20th anniversary.

In addition to the New York routes on the Adirondack the table shows other trains where Trails and Rails guides are present.
–This story was updated May 16 to correct the table 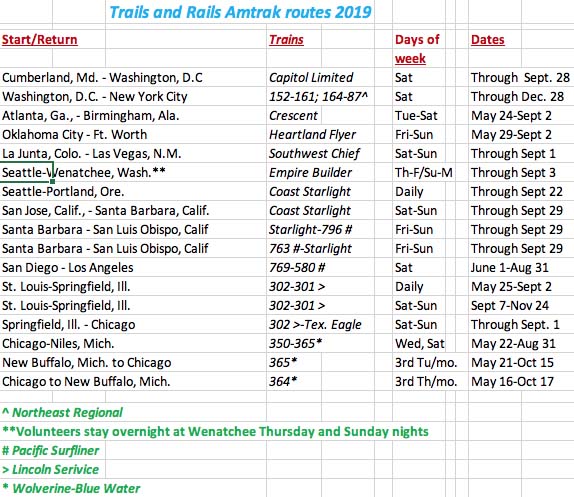