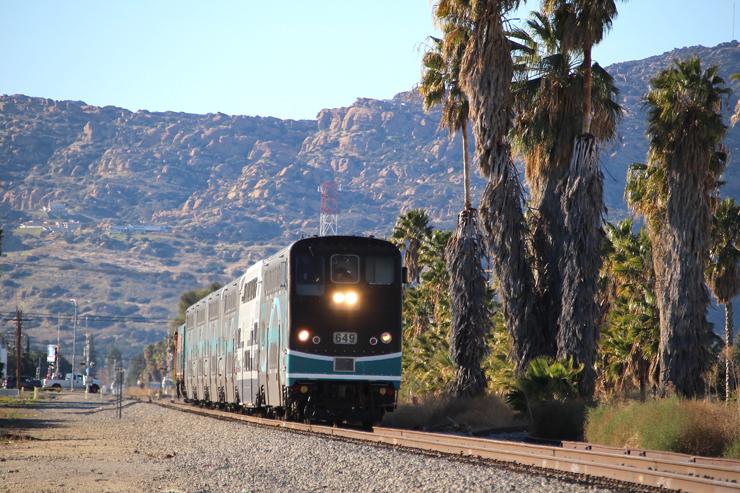 Amtrak is one of four major contractors for the 538-mile, six-county Metrolink system,and has since 2010 provided 170 train and engine crew members. Gardner, senior executive vice president, chief operating and commercial operator for Amtrak, said in the memo that Metrolink “has chosen not to accept Amtrak’s bid to continue to provide services.”

Amtrak submitted a joint bid with Fluor Corp. in response to a summer 2019 Request for Proposals, but was informed that bid would not receive further consideration, Gardner wrote. He wrote that a new contractor is likely to take over the services between September and December 2020.

According to Gardner, Metrolink was looking for a single contractor to provide operating functions as well as equipment, track, and signal maintenance. It is not known whether Amtrak’s decision to partner with Fluor rather than have its own employees perform those functions played a part in Metrolink’s decision.

Amtrak operated Metrolink trains from the agency’s formation in 1992 to 2005, when Veolia’s Connex division took over the operating contract. After a Connex engineer’s inattention owing to extensive texting was found to be responsible for the Chatsworth, Cal., collision with a UP freight train that killed 25 people and injured more than 100 in September 2008, Metrolink did not renew the Connex deal and again awarded the operating contract to Amtrak beginning in 2010.

“We are very proud of you and the work you have done for Metrolink,” Gardner wrote. “…  The Amtrak team has built a reputation in Southern California for providing safe, reliable and efficient operations with outstanding customer service.”

The memo assured employees that the company anticipates “there will opportunities for everyone under the provisions of your collective bargaining agreement to remain with the company.”

Amtrak will remain the contract operator for other commuter rail lines, including MARC’s Penn Line between Washington, D.C., and Perryville, Md., and Connecticut’s Shore Line East. Those operations were projected to bring in approximately $127 million in revenue in 2019. Amtrak also provides contract equipment maintenance for those agencies and four others.

One thought on “Metrolink to end Amtrak contract for crews NEWSWIRE”