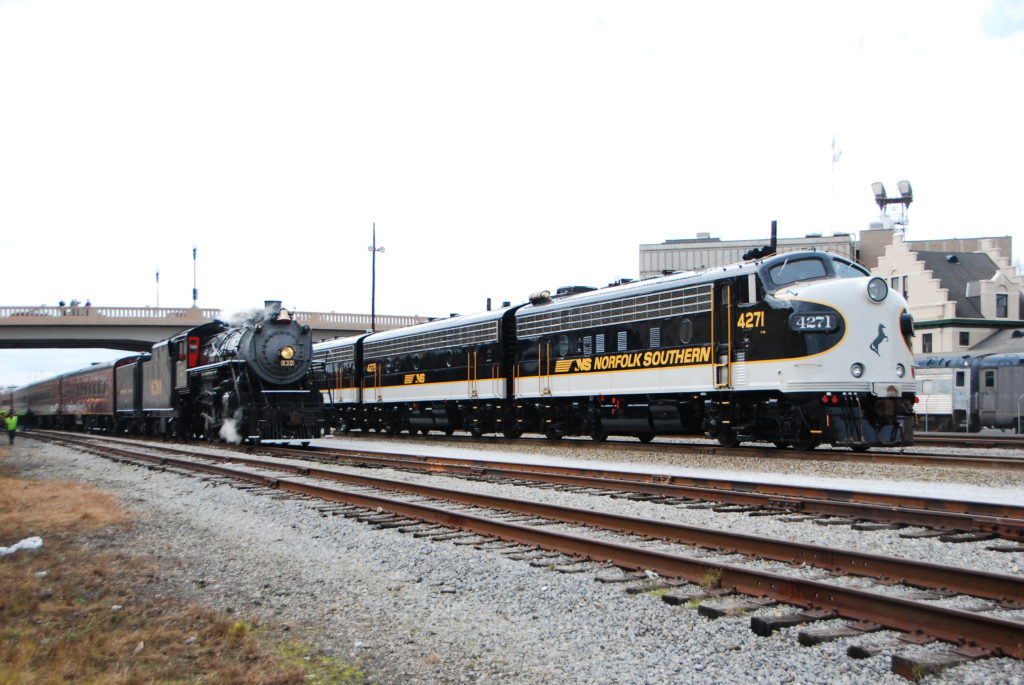 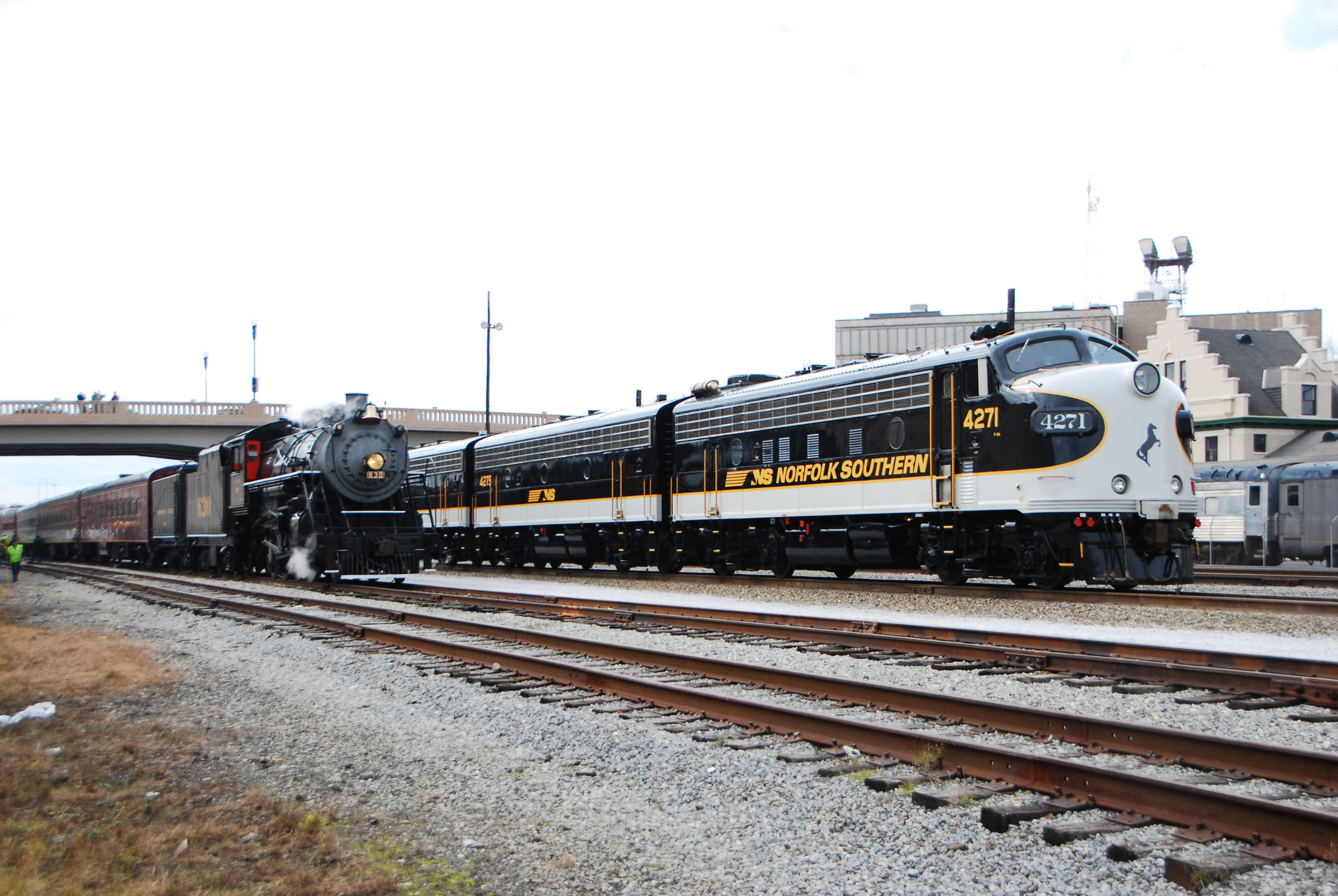 Norfolk Southern 4271 leads the three other F-units at Knoxville, Tenn., in November 2011 as Southern Railway 2-8-0 stands by.
Trains: Jim Wrinn
ALTOONA, Pa. — The last two of Norfolk Southern’s four executive F-units now have a home. F9A No. 271 and F7B No. 276 have been purchased by North Carolina’s Aberdeen Carolina & Western, a 150-mile short line that runs on original Norfolk Southern Railway trackage between Charlotte and Aberdeen, N.C. It was featured in TRAINS’ June 2017 edition as a model for the future with welded rail, unit trains, and modern power.
“We are so excited about the F-Units,” AC&W President Jennifer White said Friday morning. “We are going to get them ready to pull our Economic Development/Corporate Train as soon as possible. We have a deadline of July 2020 that we are shooting to have them complete. The scheme will be different from our locomotives and I have a feeling we will see more magenta and gold on them!”
The other two units in the four-unit set, F9A No. 270, and F7B No. 275, each left for their new home at Pennsylvania’s Reading & Northern, traveling separately from the NS shop in Altoona. R&N plans to use them on excursion trains.
All four Fs had been acquired by NS in 2006 and rebuilt to GP38-2 standards by the railroad’s Juniata Locomotive Shop in Altoona.

Since then, they were based in Altoona, along with the company’s 20-plus office cars. The locomotives wear a version of the former Southern Railway black-and-gray F unit paint scheme, with an image of the railroad’s thoroughbred horse on the nose of each A unit. The cars wear the Norfolk & Western’s classic Tuscan Red paint with gold lettering.