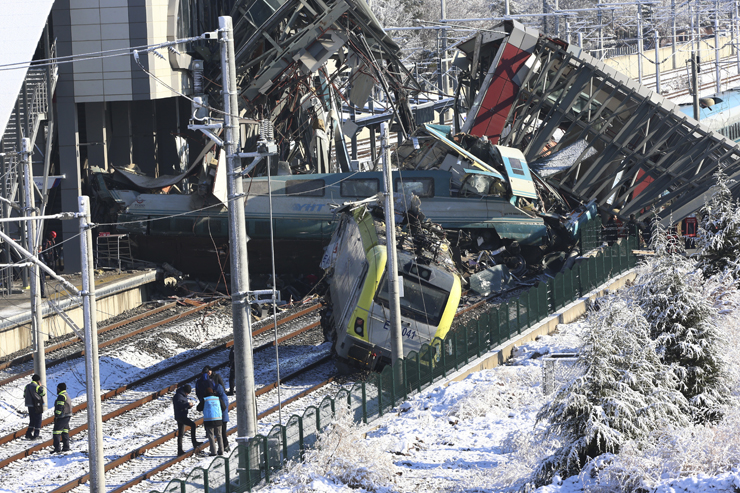 Rescue workers survey the scene of a train accident in Ankara, Turkey, on Thursday. A high speed train hit a locomotive engine and crashed into a pedestrian overpass.
Associated Press 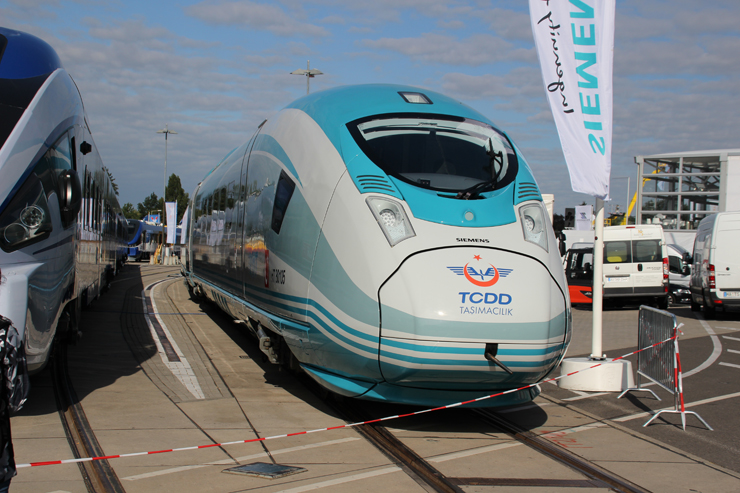 A high speed trainset for Turkey’s state railway is displayed at InnoTrans in Berlin in 2016. One of six similar trainsets was involved in Thursday’s fatal accident.
TRAINS: David Lassen

ANKARA, Turkey — A crash involving a Turkish high speed train has killed at least nine and injured 47, the BBC reports.

The accident, at about 6:30 a.m. local time on Thursday, occurred when the high speed train collided with the locomotive of another train at the Marsandiz station, about five miles from Ankara’s main station, Ankara governor Vasip Sahin told a news conference. The train then hit and demolished a pedestrian bridge.

Three members of the train crew were among those killed. A Turkish news agency reported 206 passengers were on board.

The high speed train was a Siemens Velaro trainset, one of six eight-car trains delivered to Turkey’s national railway, TCDD, following an order in May 2013. The train is capable of speeds up to 186 mph.