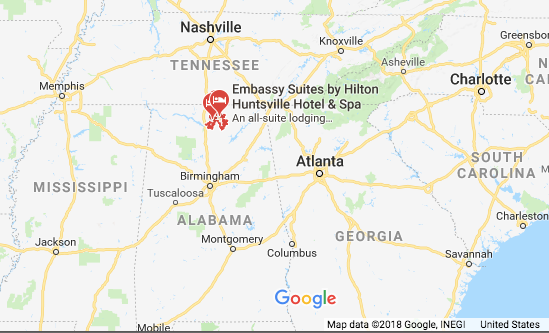 Huntsville, Ala.
Google Maps
NORFOLK, Va. — Norfolk Southern, already the largest rail shipper of auto products in North America, will add another assembly plant to its network when a new Toyota and Mazda factory opens in Alabama in 2021.

The plant will be built in Huntsville, Ala., Toyota and Mazda officials announced on Jan. 10. The $1.6-billion plant, to be located along the NS Memphis East Line, will produce the Toyota Corolla and a Mazda crossover model that has yet to be introduced, the companies said.

The plant will employ 4,000 people and have the capacity to build 300,000 vehicles annually. It will be located just 14 miles from Toyota’s engine plant in Huntsville, which churns out 700,000 engines per year.

“Norfolk Southern’s Industrial Development team provided technical expertise to communities across several states on our network in their efforts to compete for this project. This included helping to identify suitable rail-served sites,” railroad representative Jonathan Glass says. “In Alabama, NS’ Industrial Development team worked extensively with state and Huntsville economic development agencies to provide technical expertise on site development for a rail-served project of this magnitude.”