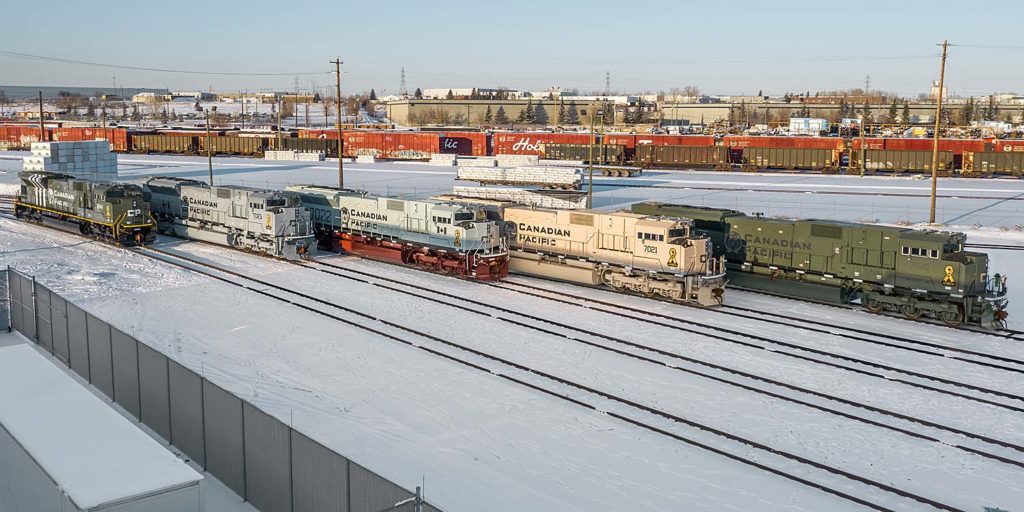 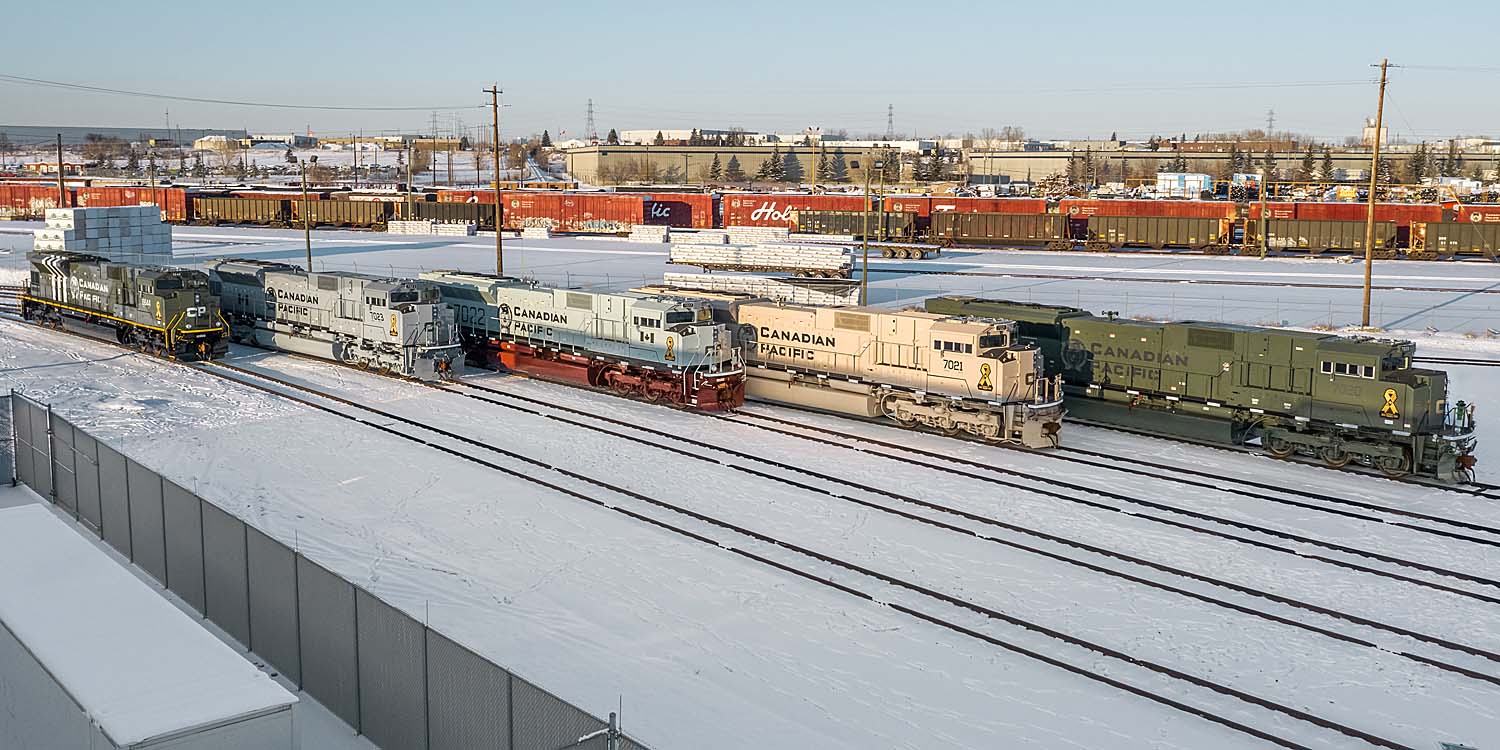 Canadian Pacific
CALGARY, Alberta – Canadian Pacific has unveiled five locomotives honoring Canadian and U.S. armed forces. Each of the five rebuilt SD70ACU locomotives was painted in a different design inspired by various aspects of Canadian military equipment, both past and present.
“As a leading employer of veterans, CP is proud to commemorate military machines and the brave men and women who’ve operated them in conflicts around the world,” says CP President, CEO, and veteran Keith Creel. “As these locomotives pass through communities across the CP system, I hope those who see them will reflect on the sacrifices made by so many of their countrymen to protect and defend their freedom.”
While each are unique, all feature CP’s Support Our Troops logo on the sides and rear of the locomotives. All SD70ACUs except No. 6644 display the Canadian and American flags on the sides to honor the armed forces of both countries the railroad serves. Here’s a brief description of each of the specially painted locomotives.
The locomotives, pictured left to right, are:
CP No. 6644 was painted in Royal Canadian Air Force Dark Green and Ocean Grey and feature a camouflage design similar to Britain’s Royal Air Force Spitfire aircraft during the Second World War. The vertical stripes on the long hood are “invasion stripes” applied to Allied aircraft prior to the D-Day landings. The locomotive road numbers use the Royal Canadian Air Force font found on aircraft of this era. CP chose to use No. 6644 to acknowledge the 75 anniversary of the D-Day landings on June 6, 1944.
CP No. 7023 uses coloring and fonts from the Royal Canadian Air Force. The two-tone paint scheme uses Light Ghost Grey and Medium Grey found on hundreds of CF-18 Hornet fighter jets.
CP No. 7022 honors the Royal Canadian Navy and U.S. Navy by using Shipside Grey and Oxide Red as the primary colors with a different national flag on each side. The black band along the frame is similar to the “boot top stripe” featured on modern warships in the RCN fleet. Road numbers were enlarged and placed on the long hood to simulate hull numbers, utilizing the current font on RCN equipment.
CP No. 7021 has a Desert Sand color with black markings used on military vehicles used in modern conflicts such as Afghanistan and Iraq. Similar to No. 7020, this locomotive also uses the modernized “Army” stencil font for the road numbers.
CP No. 7020 is painted in NATO Green with black lettering and numbers in a simplified design used by modern Canadian Army equipment such as tanks. The font used is a modernized “Army” stencil font.

“We are proud to support our veterans and the invaluable skill and experience that they have gained serving their country,” says CP Senior Vice President Engineering, Mechanical and Procurement Scott MacDonald, a veteran. “These locomotives are a symbol of our support. They will operate in regular service and further support our commitment as a proud employer of veterans in Canada and the United States.”