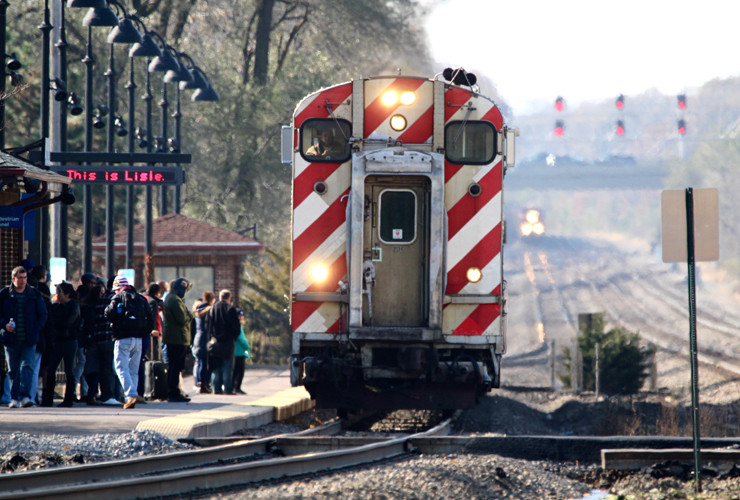 An inbound Metra BNSF train arrives at Lisle, Ill., on Nov. 8, 2019. Metra will install security cameras on 400 to 700 of its passenger cars as a result of a contract approved Friday.
TRAINS: David Lassen

CHICAGO — Metra’s board of directors has approved a $15.5-million contract to purchase and install security cameras inside the commuter system’s passenger cars.

The move came at Friday’s board meeting, which also saw the directors approve Metra’s 2020 budget.

“This project is not a response to any specific incident but is just another way we can use technology to augment onboard security,” Metra CEO and Executive Director Jim Derwinski said in a press release announcing the purchase. “We’re always looking for ways to improve safety and security for our customers and employees.”

Plans are to install nine cameras per car, capable of capturing video of all seating and vestibule areas. The contract with Railhead Corp. of Burr Ridge, Ill., will equip a minimum of 400 railcars and a maximum of 700 cars. Onboard DVRs will record and store the video, which can be retrieved if an incident occurs.