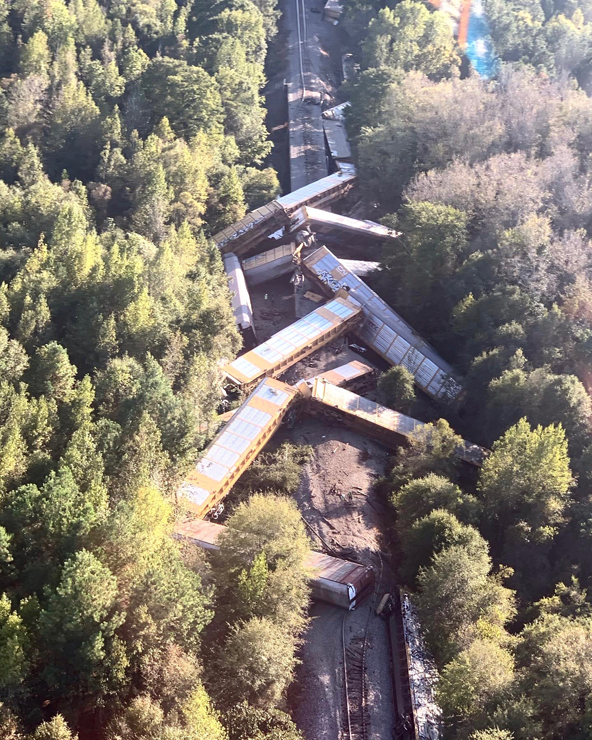 No injuries were reported when 34 cars of a Norfolk Southern train derailed in Perry, Ga., rupturing a gas line to a nearby factory.
Houston County Emergency Management Agency, via Facebook

PERRY, Ga. — A section of a state highway will remain closed at least until Friday following the derailment of a Norfolk Southern train on Wednesday afternoon.

Thirty-four cars of the train bound from Macon, Ga., to Jacksonville, Fla., derailed about 12:45 p.m. near the State Route 247 Spur in Perry, WMAZ-TV reports. The derailed cars struck and ruptured a high-pressure gas line feeding a nearby Perdue Farms plant; plant employees were kept in their building while the pipeline was shut down and gas from the leak rupture dissipated.

Houston County Fire Chief Christopher Stoner told the TV station that no hazardous materials were involved in the derailed cars. A Norfolk Southern spokeswoman told the station that no one was injured in the incident.

4 thoughts on “No one injured when NS train derails, strikes gas line in Georgia NEWSWIRE”