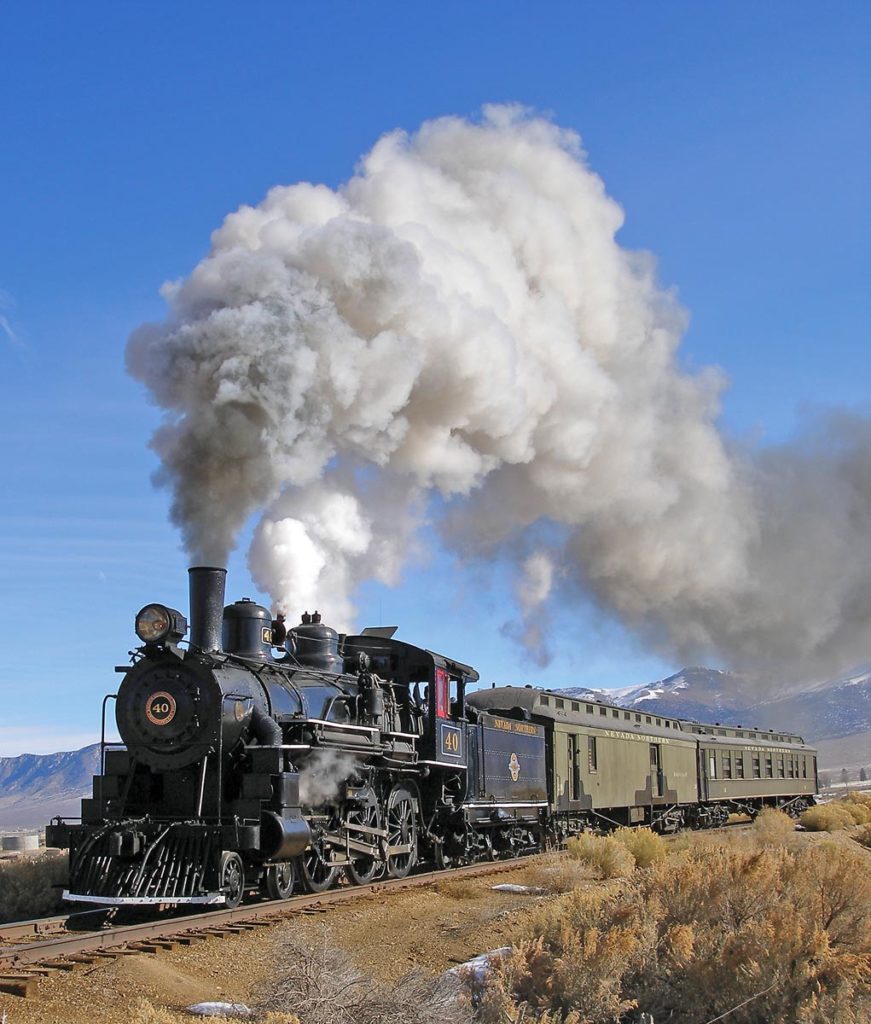 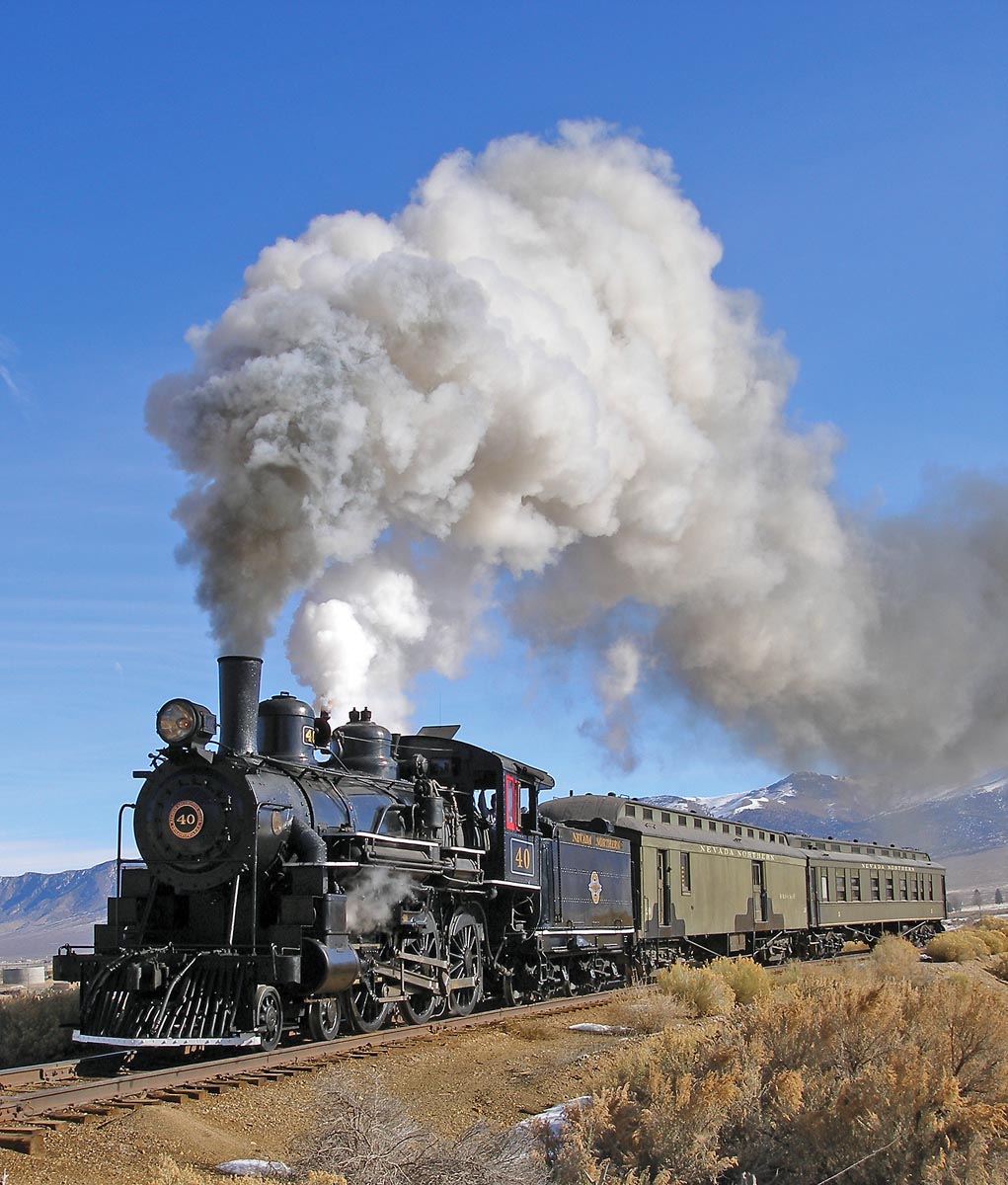 Nevada Northern 4-6–0 No. 40 will star in a Trains-sponsored photo charter before its 1,472-day inspection is due.
NNRY Museum
EAST ELY, Nev. — Trains magazine and the Nevada Northern Railway Museum announce the “Farewell 40!” photo charter event March 7-8, 2020, featuring one of North America’s most handsome Ten-Wheeler steam locomotives before it goes down for its 15-year inspection.

The two-day event is timed to allow for great photos featuring Nevada Northern No. 40. The 1910 Baldwin Locomotive Works product has become an icon of this railroad that is a time capsule of standard gauge Western U.S. railroading in the early 20th century. The locomotive will pull a mixed train on Saturday, and a passenger train on Sunday while 2-8-0 No. 93 does the honors on a freight. As of May 31, the engine will be sidelined for an undetermined amount of time for the federally required 1,472-day boiler inspection and while the restoration of Nevada Northern 2-8-0 No. 81 is completed later in 2020.

“We are excited to work with Trains magazine on raising awareness of the Nevada Northern Railway National Historic Landmark and especially locomotive 40,” says Mark Bassett, president of the railroad. “Locomotive 40 is in a class by herself,” Bassett explains. “She is an official locomotive of the State of Nevada. While this is her farewell year, like a Phoenix, she will raise again, and be returned to service!”

To ensure the longevity of No. 40, its sister steam locomotives, diesels in the Nevada Northern fleet, and other rolling stock, the railroad has launched the Phoenix Dare to raise money to restore and maintain this amazing preserved railroad. Revenues generated from the photo event will help restore No. 81 and give the railroad the opportunity to bring No. 40 back to life, as well.

“Trains magazine and its readership have long admired the Nevada Northern as one of the great steam railway preservation stories in North America, and at the heart of that affection is No. 40, one of the most graceful 4-6-0s we’ve ever seen,” says Editor Jim Wrinn. “Set in the ruggedness of Nevada, No. 40 casts a spell any time she runs. Now is a great time to enjoy this magnificent iron horse before it takes a rest of two years or more.”

Trains and Nevada Northern are offering something new with this event. In addition to 54 standard tickets, four VIP experience half day cab rides in No. 40 and two VIP experience cab rides in No. 93 will be available. Lunch is included in the purchase of all tickets. Bassett will provide an executive director’s overview of the railroad and its preservation efforts on Saturday evening. And everyone gets to meet the railroad’s famous roundhouse mascot, Dirt the Cat.