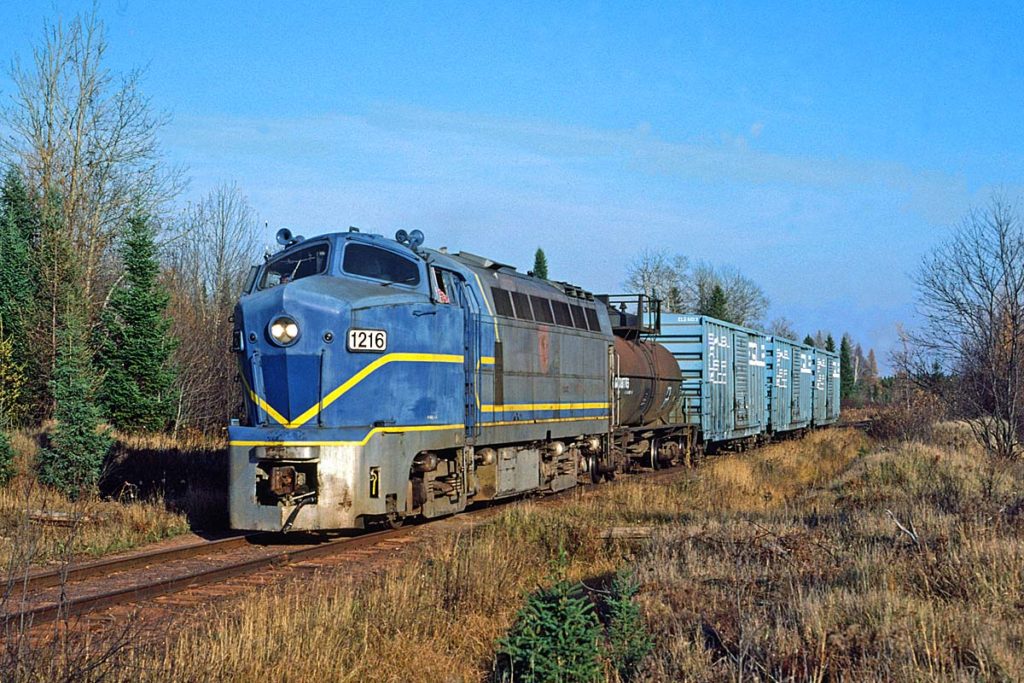 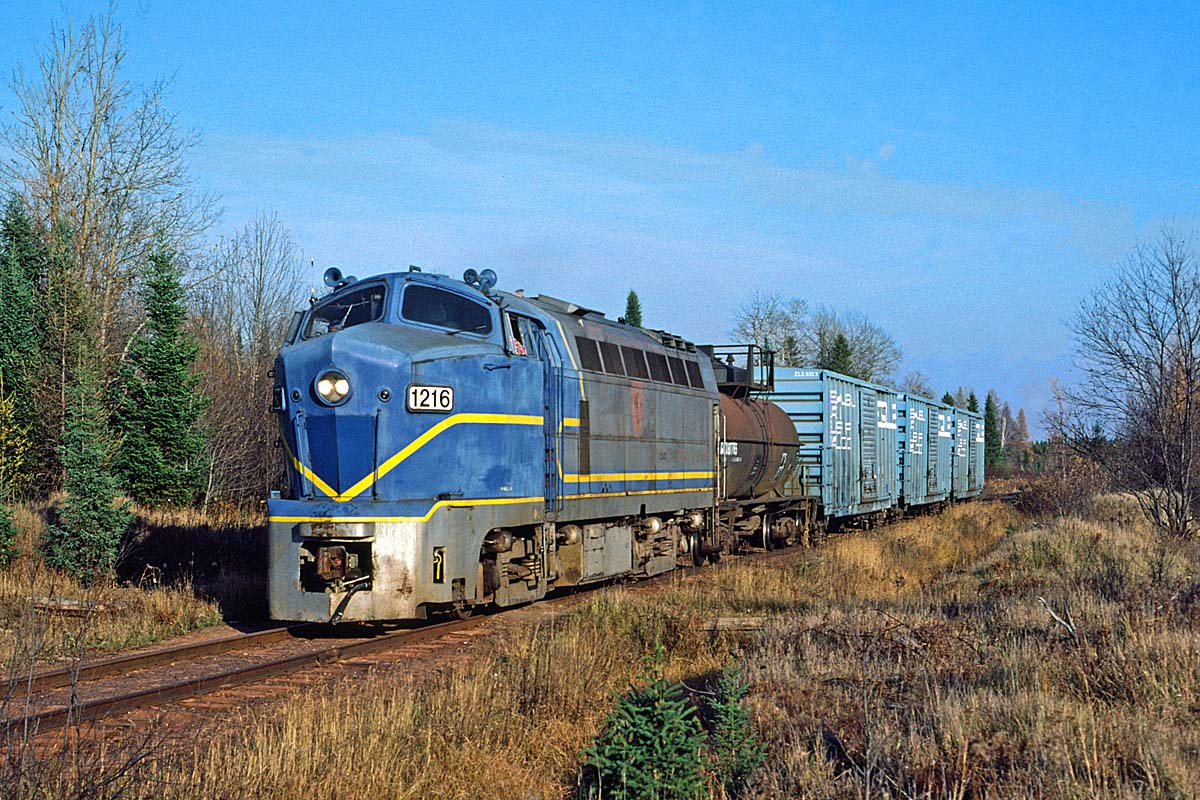 No. 1216 leads an Escanaba & Lake Superior freight east of Channing, Mich., on Oct. 25, 1982.
Steve Glischinski
WELLS, Mich. – The owner of the only two surviving Baldwin RF-16 “Sharknose” diesel locomotives says they will eventually go to a museum. Escanaba & Lake Superior Railroad owner and President John Larkin, in an exclusive interview for Trains News Wire, says that, upon his passing, the two units will go to museums. What museum that will be is yet to be determined, he says.

Baldwin built 109 such A units and 51 B-units between 1950 and 1953 for Baltimore & Ohio, New York Central, and the Pennsylvania Railroad. In 1967 the Monongahela Railway purchased seven As and two Bs from NYC, and operated them into the 1970s. The last two As, Nos. 1205 and 1216, which were in danger of scrapping, were purchased by Delaware & Hudson in 1974. They were used in freight service and in passenger excursion service on the D&H until late 1978, when they were purchased by Illinois-based Castolite Corp. That company leased them to the now defunct Michigan Northern, and then they were moved to E&LS.

No. 1216 was briefly used by E&LS in the summer of 1979; No. 1205 had mechanical issues and remained stored. No. 1216 saw another revival in autumn 1982, but after a few trips between the railroad’s headquarters in Wells and Channing the unit’s crankshaft broke and it has been stored ever since.

Larkin, 73 acquired the units in the 1980s and has kept them in indoor storage ever since. He also acquired Baldwin prime movers and other parts in the event the units were ever restored, but says the costs of rebuilding them would be significant. “But they are protected and out of the weather. They are inside so they are not further deteriorating,” he says.

Many railfans are perplexed as to why the units are not available for viewing and why nothing has been done with them over the years. Despite the fact that in the 1980s the owner erected signs that banned railfans from E&LS property, he sits on the board of the Lake Superior Railroad Museum and has assisted that group in several restoration projects. E&LS is working on the restoration and repainting of the museum’s Northern Pacific North Coast Limited observation car Rainier Club. His interest in railway preservation has resulted in his amassing a large collection of passenger cars and locomotives, but it is his personal, private collection and therefore is not open to the public.

The railroad is not accepting phone calls, emails, or other correspondence regarding the locomotives’ status.