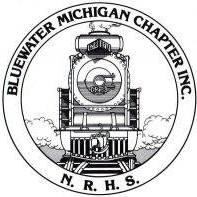 ROYAL OAK, Mich. – The Bluewater Michigan Chapter of the National Railway Historical Society, well-known throughout the Midwest for its fleet of passenger equipment, is going out of business, President John C. Moore Jr. announced over the weekend.

Headquartered in Royal Oak, the chapter was chartered in 1982 and had more than 900 members at its peak, but is now down to about 30 people. It operated excursions trains throughout the Midwest and even in British Columbia and overseas. It maintained an fleet of quality passenger equipment for its trips as well as for lease to other groups.

Moore cited the shutdown of the Norfolk Southern steam program 25 years ago as the beginning of the end. Even the limited return of the NS steam program in 2015 did not help. Despite shifting its emphasis to regional and shortline railroads, changes in insurance and railroad ownership meant passenger trains were no longer welcome. The chapter’s operating and maintenance base in the former CSX yard in Saginaw was no longer available, and locations for safe storage of equipment became limited.

The group has disposed of its collection of rolling stock and is now down to its last two cars, a former Grand Trunk Western buffet-club and a former Seaboard Air Line round-end tavern-observation. Both are leased at present, but the chapter plans to sell them to qualified buyers soon. Three boxcars of parts in Saginaw will also be sold.

Any funds remaining after the sale will be divided between the car owners and the NRHS Rail Camp program, Moore says is a prepared statement. A farewell banquet is planned for November, with the final meeting of the chapter to be held in December.
Trains News Wire is awaiting additional information from the organization.

6 thoughts on “Bluewater NRHS winds down operations; will close at end of year NEWSWIRE”