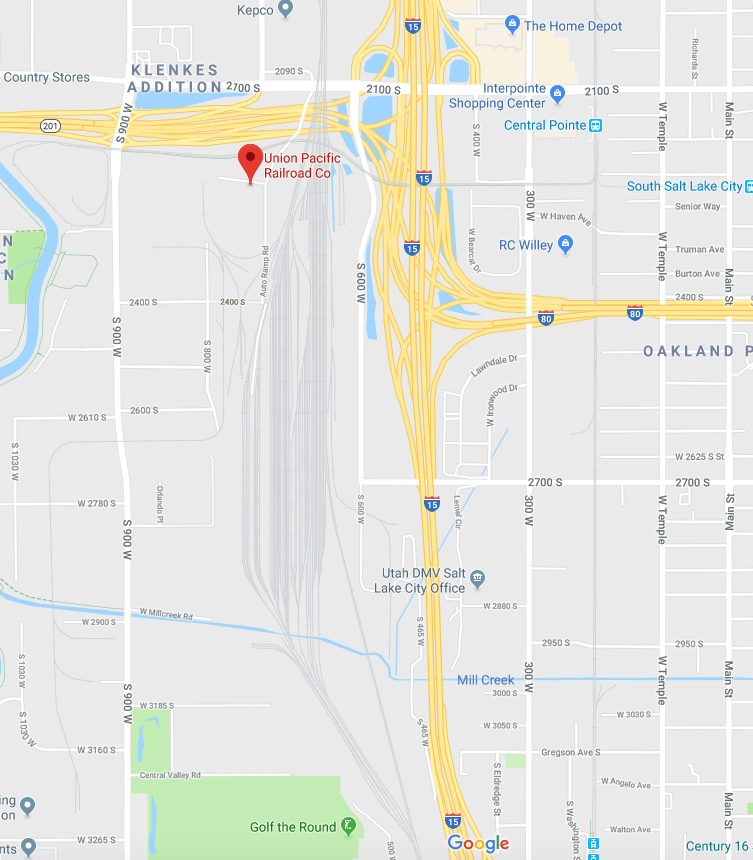 The separate moves, which the railroad announced in a pair of customer advisories on Thursday, are part of UP’s new Unified Plan 2020 operating plan based on the principles of Precision Scheduled Railroading.

“As we prepare to roll out Unified Plan 2020 to more areas, we are carrying out a terminal rationalization strategy intended to identify opportunities where we can improve velocity and efficiency throughout our terminals,” Kenny Rocker, UP’s executive vice president for marketing and sales, wrote in a customer advisory.

“Effective December 1, manifest switching operations at Roper Yard will begin moving to Ogden, a more geographically efficient location,” Rocker wrote. “Automotive trains will continue to run through Roper’s auto facility and available space at the yard will be repurposed to support our focus on increased asset utilization. With this new transportation plan in place, we expect more streamlined operations and improved car cycle times, resulting in more efficient and consistent service in the Utah Valley.”

The changes in the Salt Lake area come as UP begins implementing the new operating plan on its two routes linking Los Angeles and Chicago, the second phase of the rollout of Unified Plan 2020. The first was the Mid-America Corridor linking the Midwest, Chicago, and Gulf Coast.

A railroad spokeswoman did not immediately return a Trains email seeking comment on what the move will mean for employment levels at Roper Yard.

Meanwhile, UP and NS informed intermodal customers about service changes that will take effect early next year.

“Union Pacific and Norfolk Southern have been working collaboratively on an initiative to optimize our interline network,” UP’s customer advisory says. “The primary purpose of the initiative is to provide our mutual customers a safe, reliable and efficient service product. In order to improve reliability while reducing complexity, we will increase steel-wheel interchange and close a number of small volume interline lanes.”

UP and NS will drop service between 166 eastbound domestic origin-destination pairs effective Jan. 8 and Feb. 5, while 70 eastbound international lanes will be dropped effective Feb. 5.

NS on Friday announced changes to westbound interline service with UP. Some 223 domestic origin-destination pairs will be dropped, along with 21 international lanes.

The railroads will no longer exchange intermodal traffic at the Kansas City and St. Louis gateways.

Customers who want to continue service through Chicago can do so, but they would be responsible for the crosstown dray between UP and NS terminals and would have to contract with NS for the eastern portion of the move.

The looming intermodal changes with NS are similar to those UP and CSX Transportation made earlier this year.

Last week, CEO Lance Fritz told the RailTrends 2018 conference that as part of a review of CSX interline service UP found it was serving too many low-volume lanes, which resulted in the railroad building numerous small blocks that could not be moved via steelwheel interchange in Chicago.

UP hinted that more changes may be in the works.

“Union Pacific and Norfolk Southern continue to collaborate on other interline initiatives and will communicate any other changes in the near future,” the advisory says.