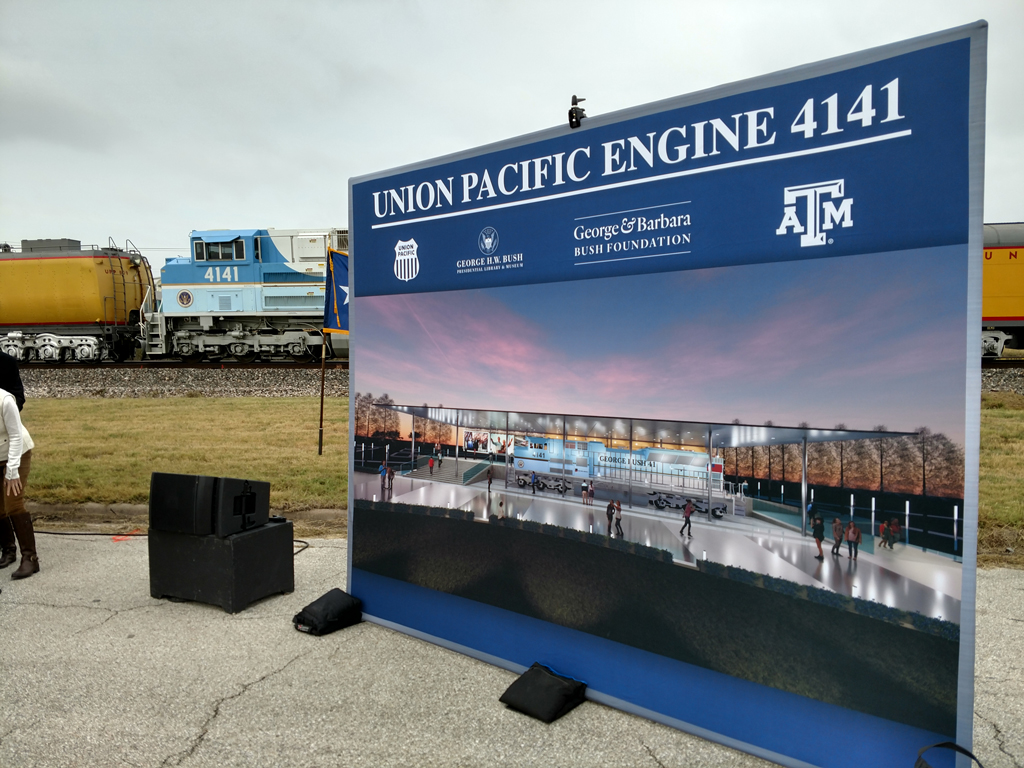 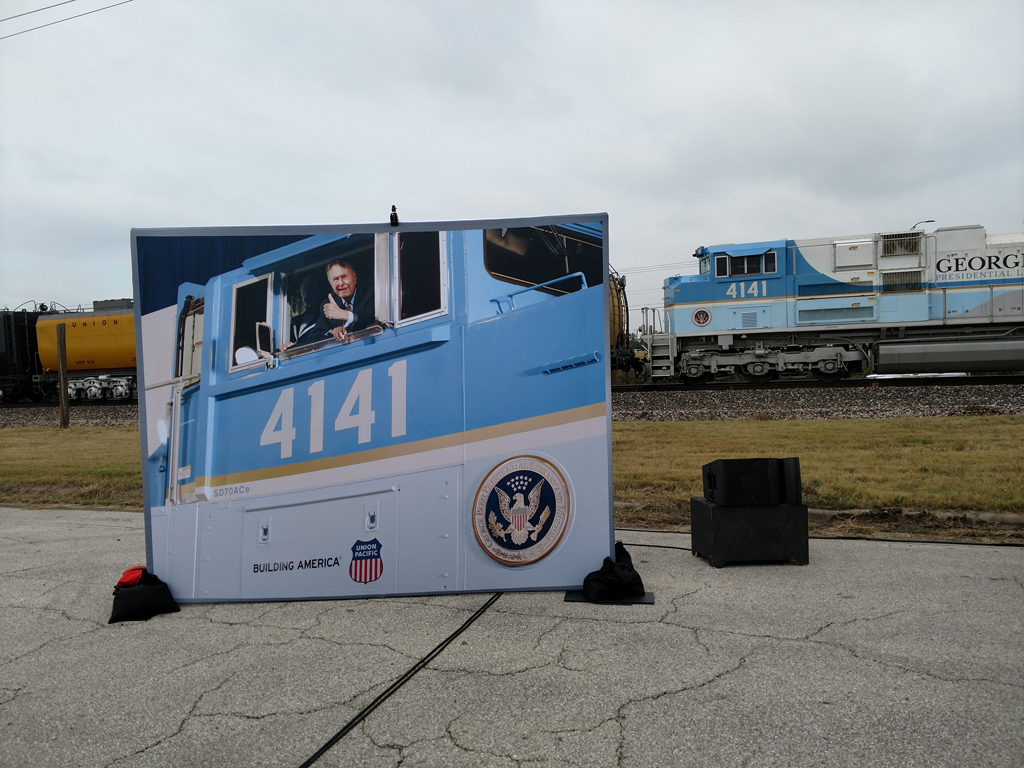 Display showing UP No. 4141 with former President George H.W. Bush in the cab.
Jim Wrinn 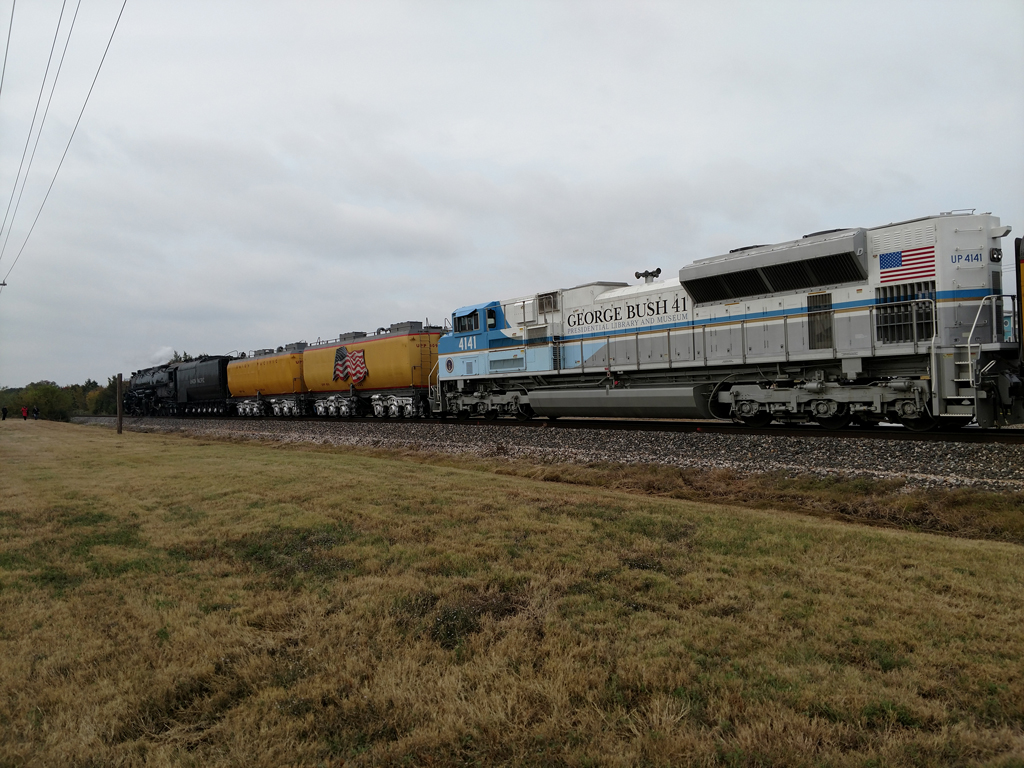 COLLEGE STATION, Texas – Moments after Union Pacific Big Boy No. 4014 with the George H.W. Bush Presidential Library diesel No. 4141 in the consist of its passenger train arrived here at the home of Texas A&M University, railroad officials Friday afternoon announced the donation of the SD70ACe to the Bush library.

In a scene reminiscent of the Bush funeral train that operated with No. 4141 leading from Houston to College station about 11 months ago, No. 4014 and train pulled into this college town for the ceremony that included Neil Bush, son of the late President; Scott Moore, UP vice president; and former UP Chairman Dick Davidson.

No. 4141 was built as UP No. 8423 in 2005 and repainted in a scheme replicating Air Force One later in the year. It operated a short time in the special scheme and was placed in storage during the recession of 2007-2010. It operated briefly before its Dec. 6, 2018 use on the presidential funeral train. It was expected to remain in No. 4014’s train as far north as Palestine, Texas.

A full story about how UP created No. 4141 is in the 2019 edition of Locomotive, the special issue from Trains magazine. No. 4014 is on the second half of its fall 2019 tour of the UP system. That tour is covered in the January and February issues of Trains and in a DVD to be released in early 2020. All of these products are available at KalmbachHobbyStore.com.