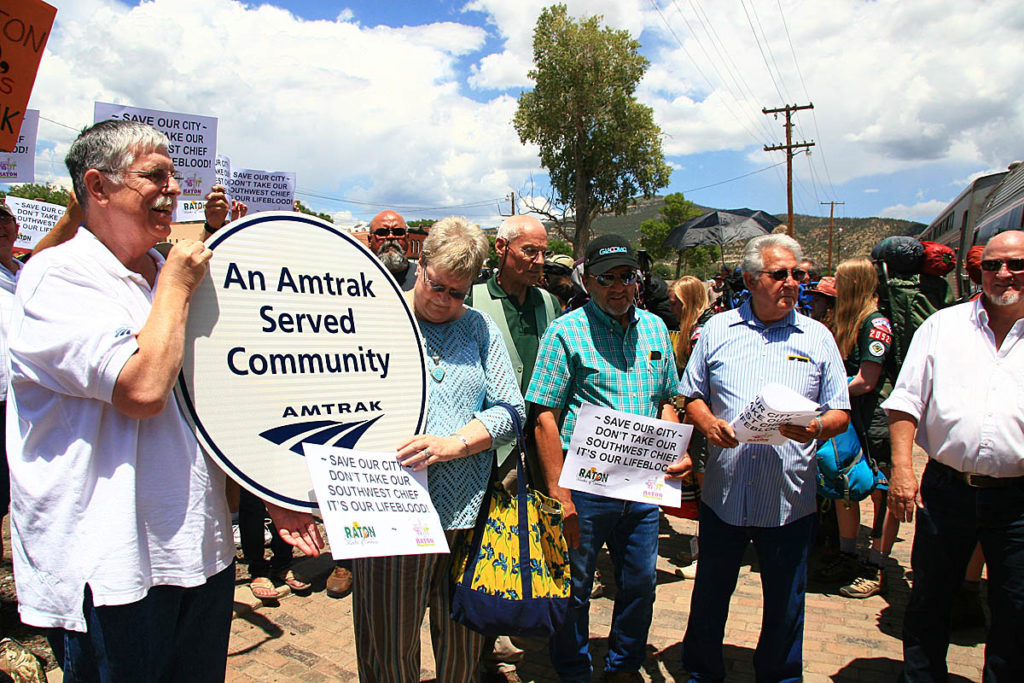 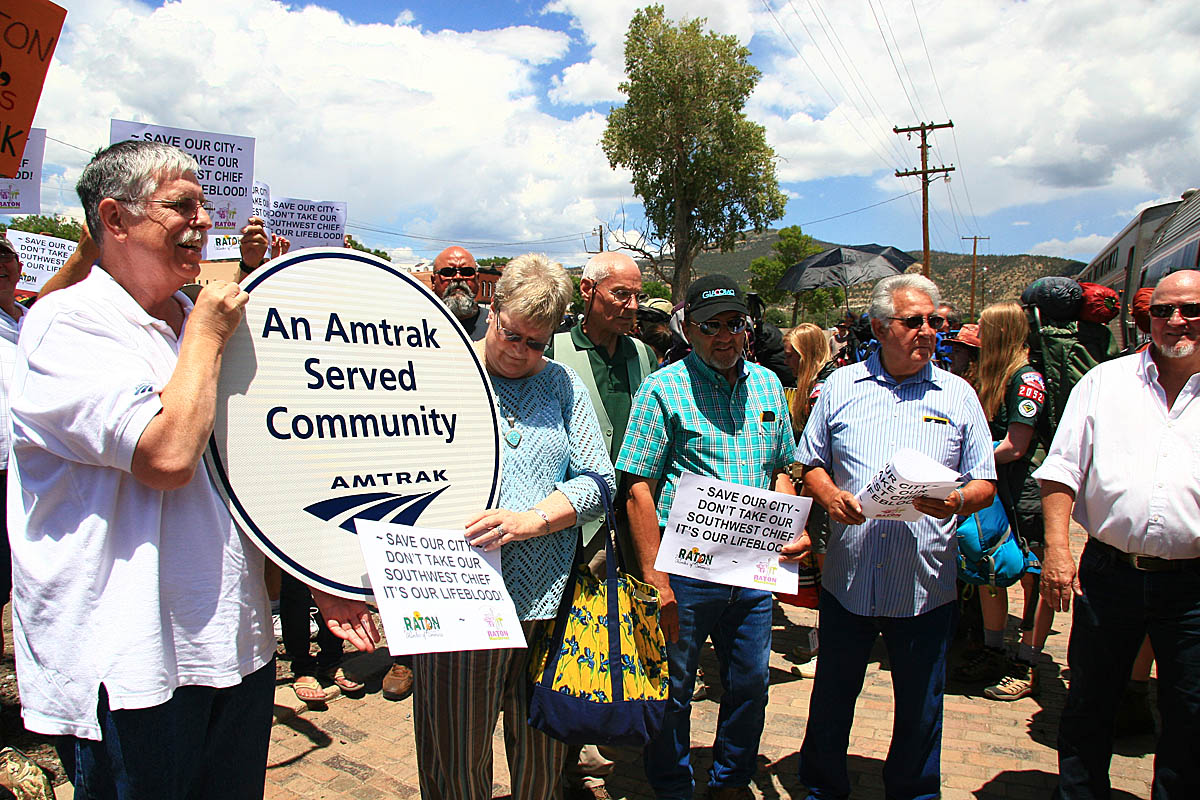 Trains News Wire asked Boardman what prompted an email he sent early Tuesday and subsequently forwarded to elected officials throughout the country.

“This is beyond common sense,” he says of the letter Amtrak sent to elected officials explaining why it was declining to provide its match for the Southwest Chief TIGER grant recently awarded to Colfax County, N. M.

“Amtrak took 20 years to address (infrastructure deterioration) problems on the route. They think they’re fooling someone, but there wouldn’t be this kind of arrogance if (management) valued the economic impact a daily passenger train brings to the communities it serves,” Boardman tells Trains News Wire.

As for the threat to shut down routes that don’t have positive train control, Boardman says Amtrak needs to abide by the decisions made by the Federal Railroad Administration.

“Stopping the service for New Jersey Transit or Metro North if they don’t have PTC? That would be ridiculous. If commuter carriers in the Northeast can continue on (past the Dec. 31, 2018, deadline), then the Southwest Chief can continue on.

He also revealed that when he led Amtrak, he was asked by Amtrak’s board of directors what was the most important train. “I told them it was all of the long distance trains. Did that ever make it out into the rail community? No, because it wasn’t my job to (do that),” he says.

“I understand that there is a high value for development in the Northeast, but there is also a high value for a train to go through Dodge City (Kan.) or La Junta, (Colo.), or Havre (Mont.) once a day in each direction when those communities don’t have other options. I don’t understand why (current Amtrak management) doesn’t get that and doesn’t try to operate it right.”

Continuing, Boardman adds, “Why would we ever want to lose the opportunity for Front Range service from Denver down to Pueblo and Albuquerque to Los Angeles.”

The full text of the email is available below.

Based on the Communication I’ve seen being submitted to Hill Staff, I think that Amtrak has begun to do surgical communications in a way that does not provide a transparent discussion of what they are doing, instead the plan seems to be to keep the recommendations and briefings small and isolated from each other, just the opposite of transparent.

I think the CEO and the Board have drawn a line in the sand at the foot of the Raton Pass, believing that they can convince western politicians that providing service on the SWC is ineffective and too costly, making the Southwest Chief as their first major target to cut.

I believe that after the Washington State and Train 91 accidents the CEO decided to make his safety mark by demanding PTC everywhere Amtrak operates by December 31 2018. However he will use the well respected Safety Management System safety program from the FAA to assess “risk” on each route (more than a dozen) where the FRA decided to exclude PTC requirements on segments as small as “feet” and as large as over “100 miles.”

In and of itself that’s both good and responsible, but the threat to declare that there must be an end to service on the December 31 2018 timeline is not responsible or acceptable. Yes, additional mitigation for those risks which might be ATS (Automatic Train Stop) or perhaps solar powered switch position indicators could be suggested as a part of the “risk” process but it will take time and funding. It has not been made clear by Board Policy or CEO direction that service would be continued while those mitigation’s are funded and completed.

If it is not made clear within six months of the end of the year, then safety is being “Weaponized” as an attack on the National System and that’s not okay. Let it be known that I am strongly in support of both Safety and of the PTC technology but like those at FRA that set up the exclusions, both common sense and the opportunity to mitigate safety improvements over time are critically important. PTC on the NEC started 20 years ago.

For me the Southwest Chief has really become the battleground for the National System. I might be wrong, but I don’t think so. City pairs could be fine but a connected National System on the surface of the United States is and should continue to be our national policy. And if it is changed it should be informed by both hearings and explanations to Congress.

I am concerned that the Amtrak Board has begun to set their policy based on what we might call a “Hedge Hog” as opposed to a “Hedge Fund” approach. Meaning that the Board sees an opportunity to “Hog” all the Federal Assistance to complete the Gateway Plan; Procure new city-pair “Train Sets” operating off the NEC to the Southern big cities like Charlotte NC and Atlanta and others; And shortening more routes in order to transfer more cost to the States while abandoning the National purpose of Amtrak.

Worse yet its being done without a “Public Policy” process. Amtrak is not really a “private business”, it is a “State Owned Enterprise” and it needs an open and transparent process that only Congress seems to be able to give State and National rail stakeholders under this new ” Hedgehog” strategy.

For me its: The Raton Pass vs. The Gateway Tunnel you can’t have one without the other.