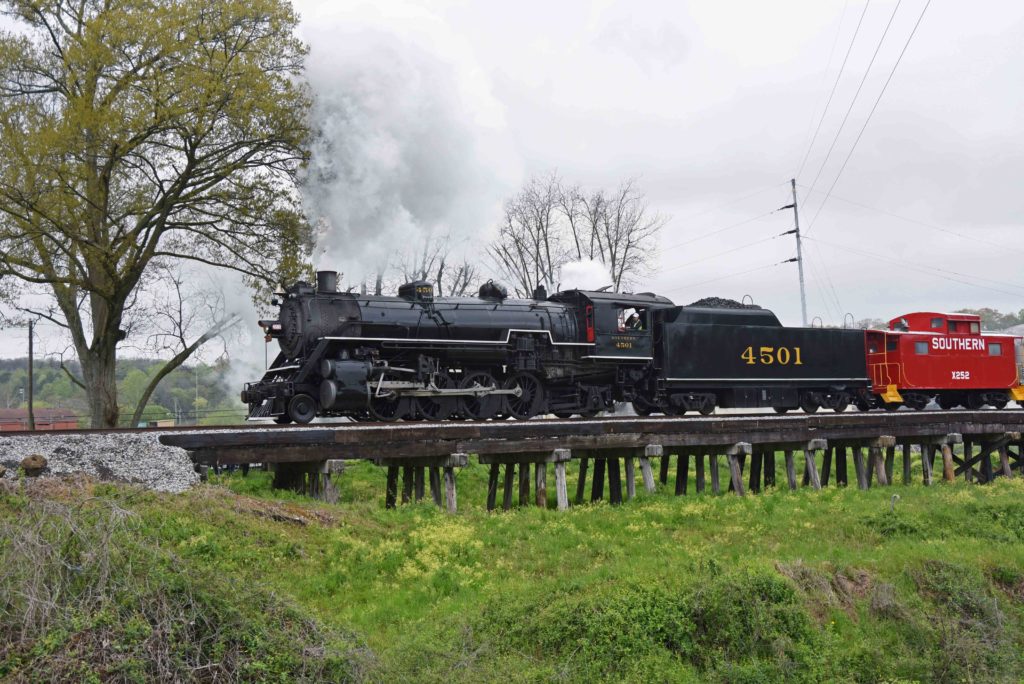 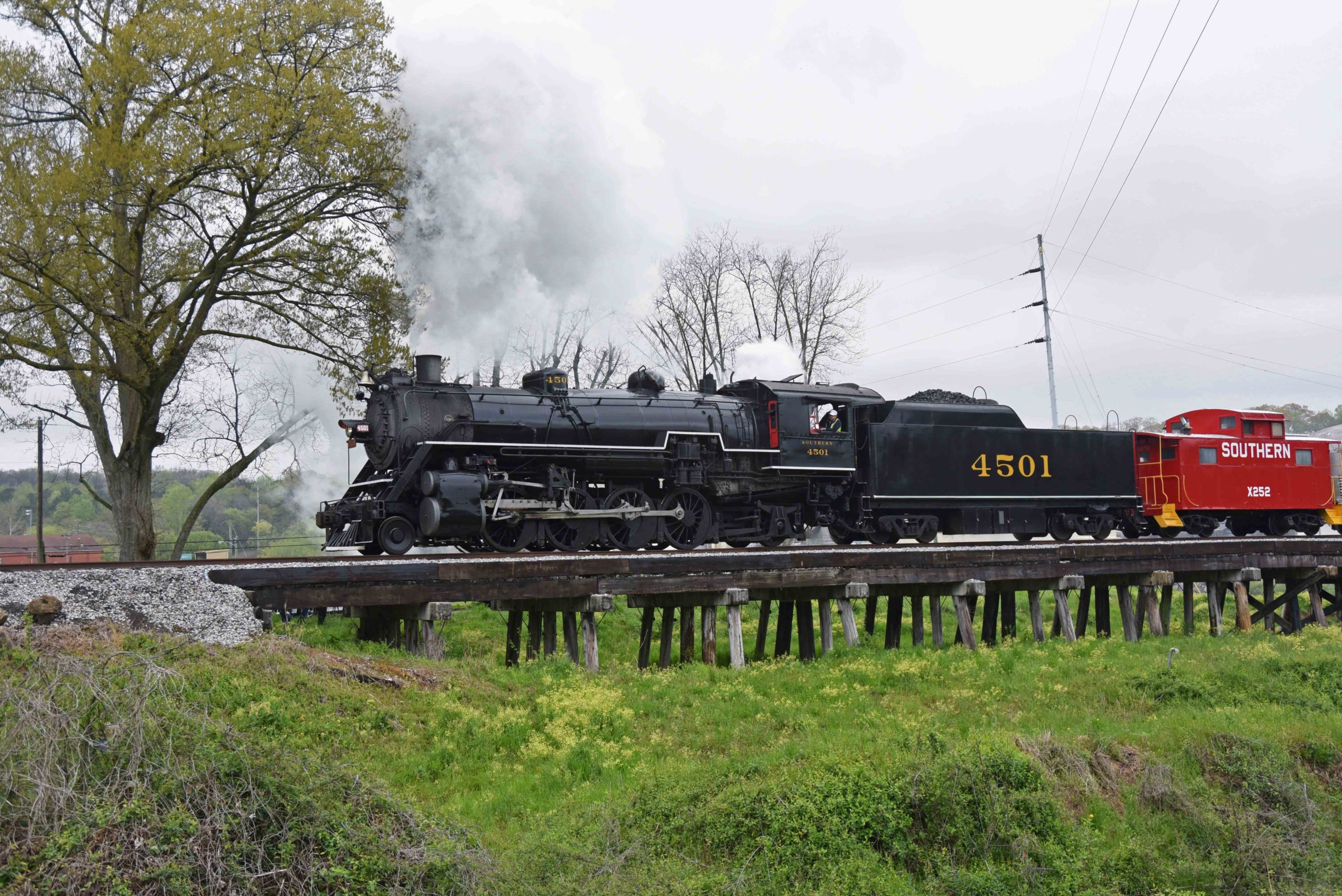 Southern 4501 will become L&N 1593 for the L&N Historical Society annual convention in September.
Trains: Jim Wrinn
CHATTANOOGA, Tenn. — One of the most famous operating steam locomotives of the last 60 years is getting a temporary makeover.

Tennessee Valley Railroad Museum’s Southern Railway 2-8-2 No. 4501, the star of excursions from 1966 to current, will become Louisville & Nashville J-3 No. 1593 for the L&N Historical Society annual convention Sept. 19-21.

Built by Baldwin in 1911, No. 4501 has acquired many styling features of engines built to United States Railroad Administration standards during and after World War I. L&N owned light USRA Mikes. The L&N’s series of 93 engines were numbered 1500-1592. The next available number is also appropriate since South Louisville Shops applied a Worthington feedwater heater to No. 1592, a feature added to #4501 during its most recent rebuilding. Other L&N details to be added include a large Sunbeam headlight with road number painted on the lens, a genuine L&N three note chime freight whistle, and authentic lettering. The normally silvered smoke box will get a coat of dark graphite for the occasion.

The engine will pull a regularly scheduled trip to Chickamauga, Ga., and return, including a photo run-by. There are no turning facilities there, so TVRM will pre-stage Nashville, Chattanooga & St. Louis GP7 No. 710 at Chickamauga to bring the train and steam locomotive back to Chattanooga. Other photo ops with L&N No. 1593 and the NC&StL diesel during the weekend are still being arranged.

The convention train will also be the debut for recently restored and repainted L&N heavyweight diner No. 2728, Cross Keys Tavern.

No. 4501 gained fame in the early 1960s when Southern Railway began running excursions with it across the Southeast. TVRM continues to operate it on excursions with its shortline partner on trips into north Georgia.

For details about the Chattanooga event, visit www.lnrr.org