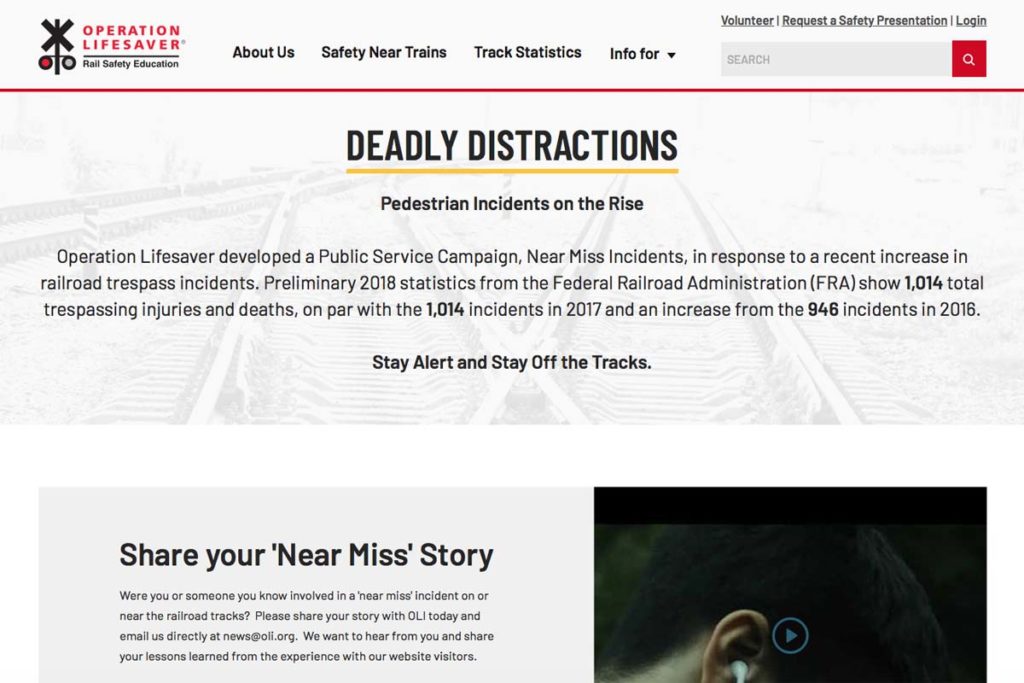 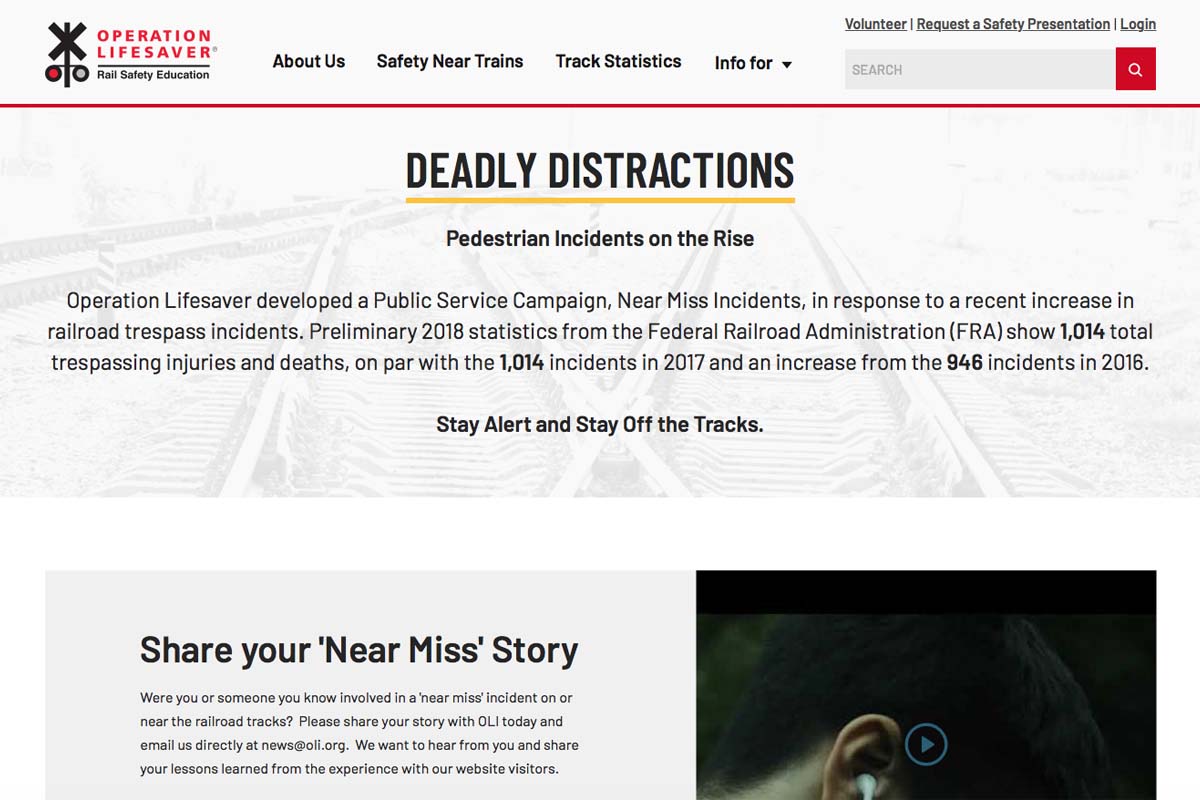 WASHINGTON – Operation Lifesaver is launching a new public service announcement campaign that brings attention to the dangerous distractions that could lead to unexpected and sometimes deadly tragedies for pedestrians on or near railroad tracks.

“Walking on the railroad tracks is considered trespassing – it’s against the law,” says Executive Director Rachel Maleh. “This new PSA demonstrates, in a very compelling way, the potential dangers pedestrians put themselves in by being distracted and walking on or too close to the tracks.”

Maleh noted that funding for the PSA, its initial digital distribution and a pilot project with major railroads in Cook County, Illinois to track near miss pedestrian-train incidents was provided by the Federal Railroad Administration.

Additional funding to continue distribution of the PSA campaign to targeted audiences will be provided by a grant from the Posner Foundation of Pittsburgh.

“We want people to know that there are real and tragic consequences when people choose to walk on the railroad tracks. Near miss incidents are preventable, as are trespass casualties and deaths. This new PSA campaign is intended to bring attention to the issue and encourage pedestrians to make life-saving decisions near the tracks,” Maleh says.

Operation Lifesaver developed this new PSA in response to a recent increase in railroad trespass incidents. Preliminary 2018 statistics from the FRA show 1,014 total trespassing injuries and deaths, on par with the 1,014 incidents in 2017 and an increase from the 946 incidents in 2016.

“Operation Lifesaver’s mission is to end collisions, deaths and injuries at highway-rail grade crossings and on rail property,” Maleh notes. “This new video addresses near miss trespass incidents and the role that behaviors such as wearing headphones and being distracted by phones and other digital devices play for people who aren’t paying attention to their surroundings.”

For more information, go to oli.org/near-miss.