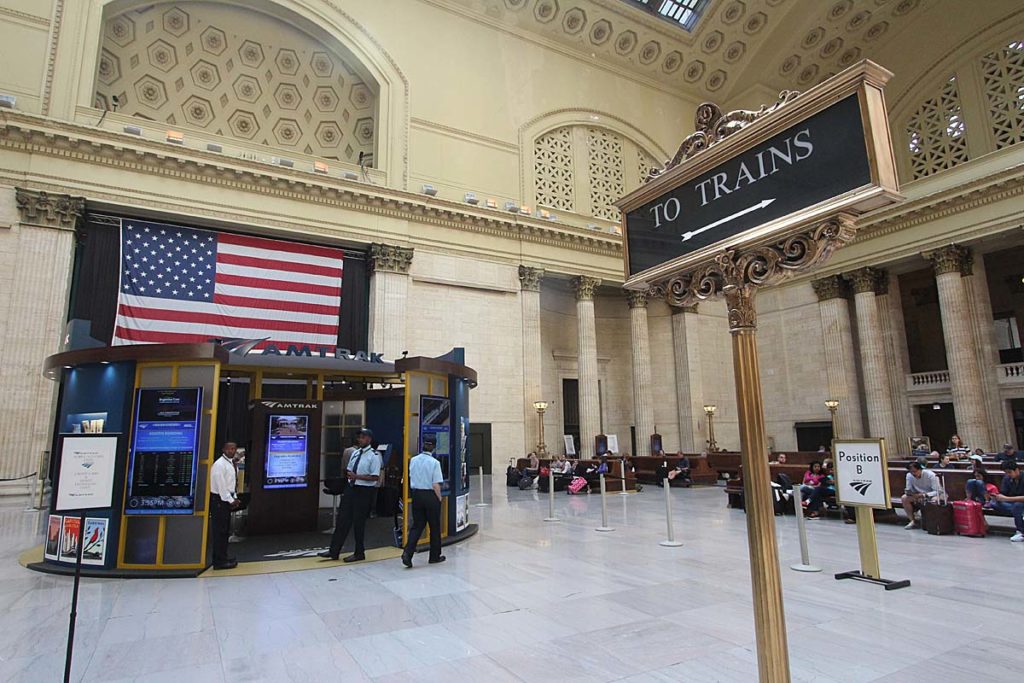 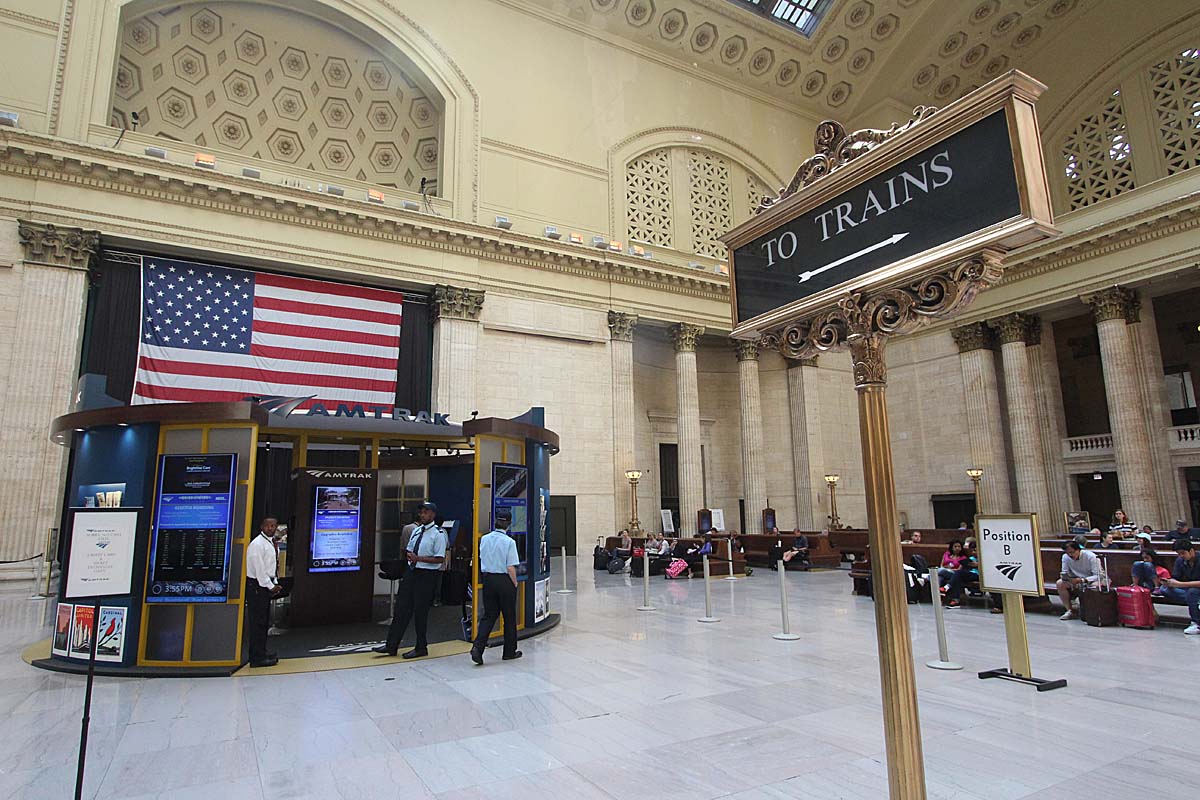 In 1980, a fire damaged the area formerly housing a Fred Harvey coffee shop and adjoining upscale Gold Lion restaurant. It has been shrouded unused behind a plain wall and black curtain ever since.

With more than $10 million obtained from the sale of a nearby parking garage to a developer planning to construct a high rise office building on that site, Amtrak plans to create a new entrance with a canopy along Clinton Street, reinstall the station’s original monumental windows along the western facade, and add two interior elevators.

The company’s commercial planning and development department has released a “request for interest” to potential lessees who might be interested in developing almost 16,000 square feet of retail space on two levels for a food hall and other opportunities.

Although the station has an existing food court tucked into the second level above the north and south concourse boarding areas on the east side of Canal Street, Amtrak expects the new entrance and associated development will attract foot traffic and become a commercial hub for the surrounding neighborhood in much the same way Washington (D.C.) Union Station has flourished. It will also provide new access for Amtrak passengers and Metra commuters entering from the west, who now must walk through two dark hallways opening onto the north and south sides of the Great Hall. 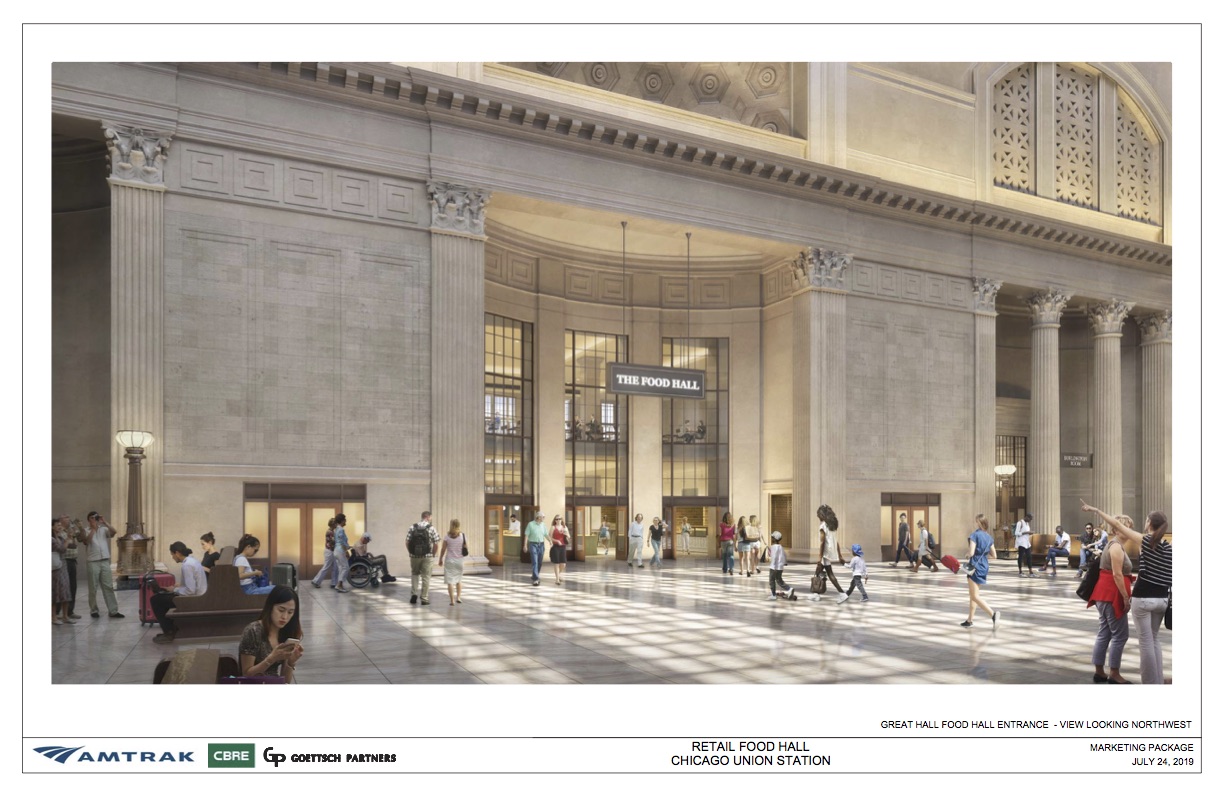 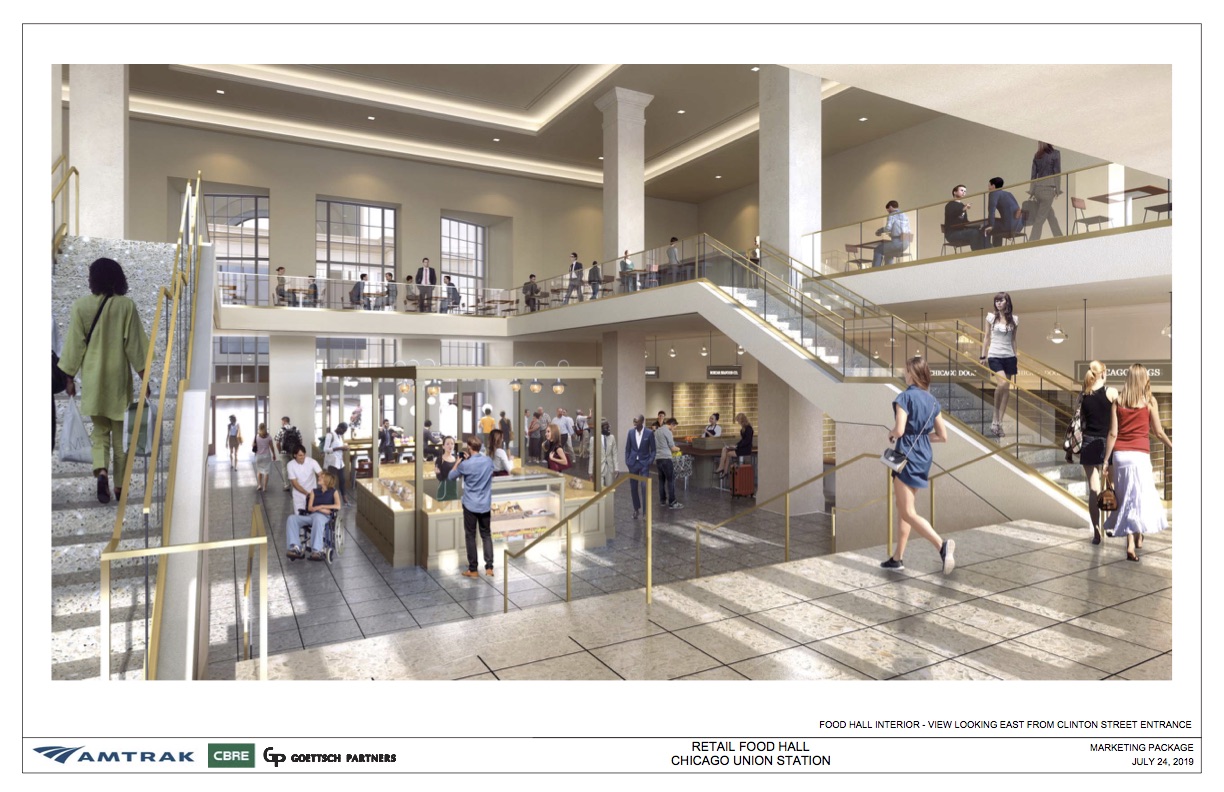