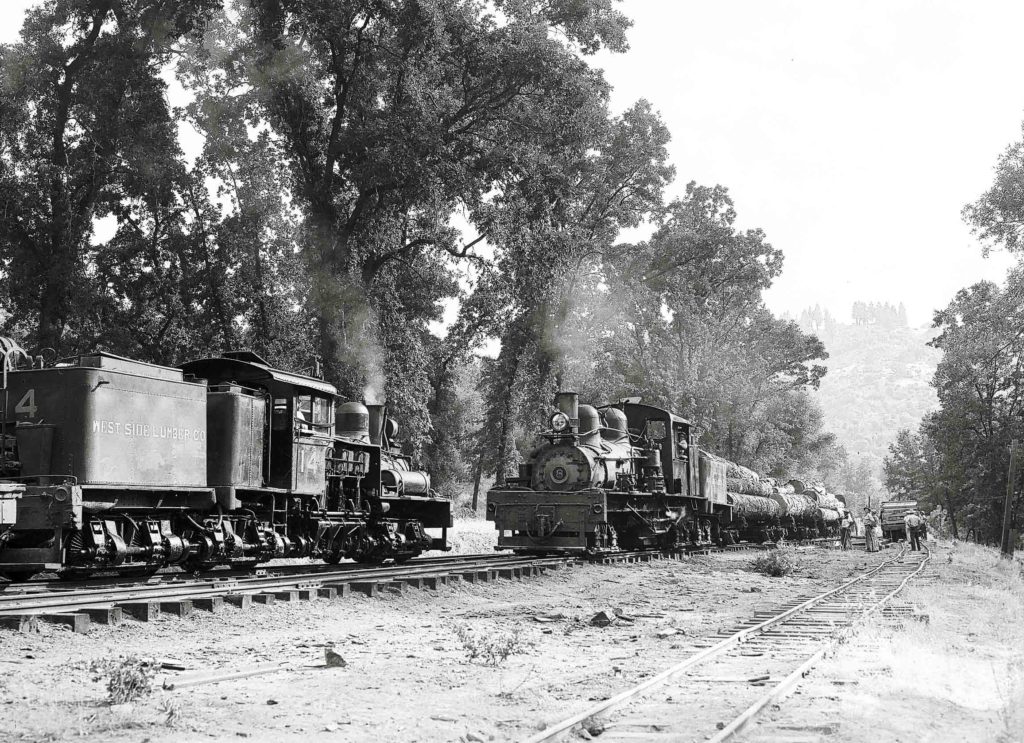 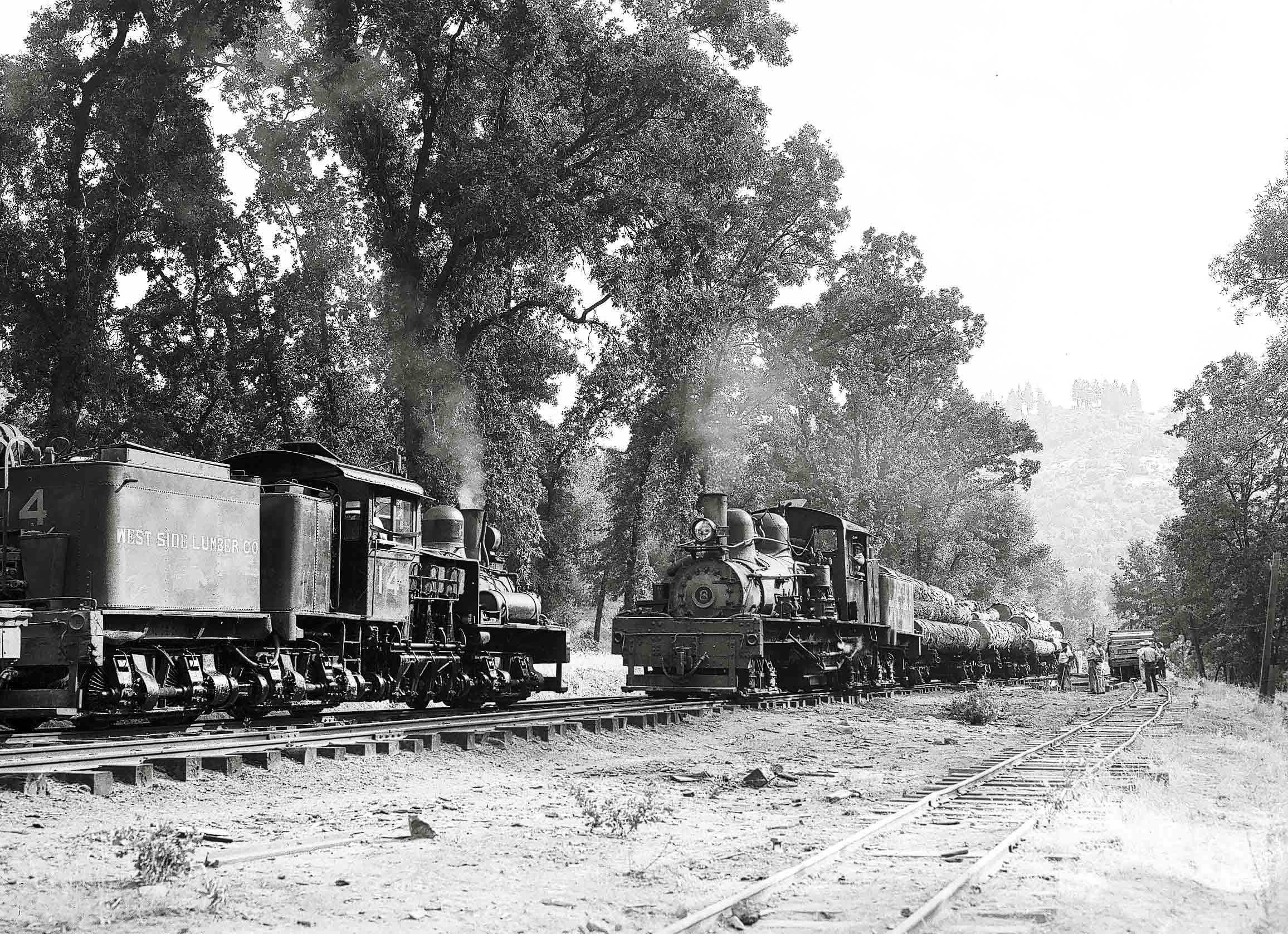 West Side Lumber 14, seen meeting Shay 8, in 1958, may return to California.
Stan Kistler, Martin E. Hansen collection
GOLDEN, Colo. — West Side Lumber Co. No 14, a three-foot-gauge three-truck Shay, may return to its original home state of California if discussions between owners Lindsey and Rosa Ashby and the Roaring Camp & Big Trees Narrow Gauge Railroad at Felton, Calif., are successful.

Reports negotiations are underway to lease and / or purchase No. 14. The locomotive would join West Side Lumber alumni Shay No. 7 and Heisler No. 3. It could move to Felton later this year.

No. 14, a 1916 Lima, had the dubious honor of heading the last train on the famed West Side operation on June 6 and 7, 1961, handling the cleanup of equipment left in the woods when the logging railroad shut down in October 1960.

No. 14 was one of seven Shays operating on the 70-mile logging railroad when it closed. It was sold to a short-lived tourist railroad in California in 1965. It was then acquired by the Ashbys and moved to Colorado, along with West Side Shay No. 12 in 1974. It operated for several years on the Colorado Narrow Gauge Railroad at Central City before moving to Silver Plume and the Georgetown Loop Railroad in 1974. When the Ashbys were unable to renegotiate the operating contract in 2004, No. 14 was moved to the Colorado Railroad Museum at Golden for storage.

One thought on “West Side’s wandering Shays: Will No. 14 return to California? NEWSWIRE”