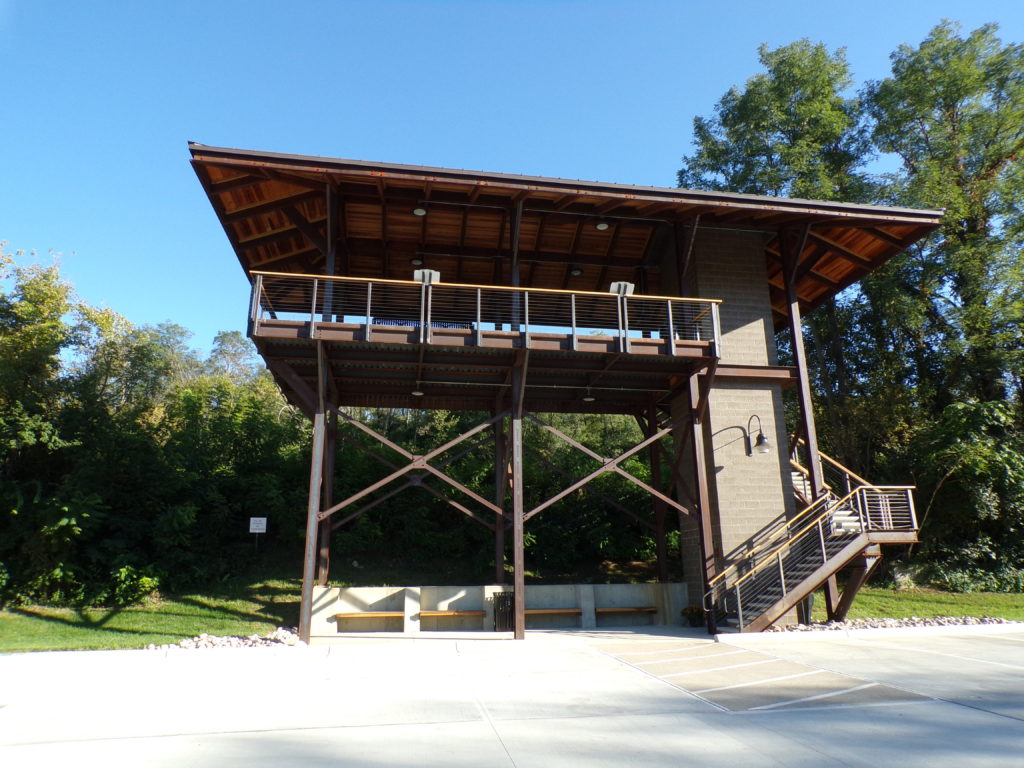 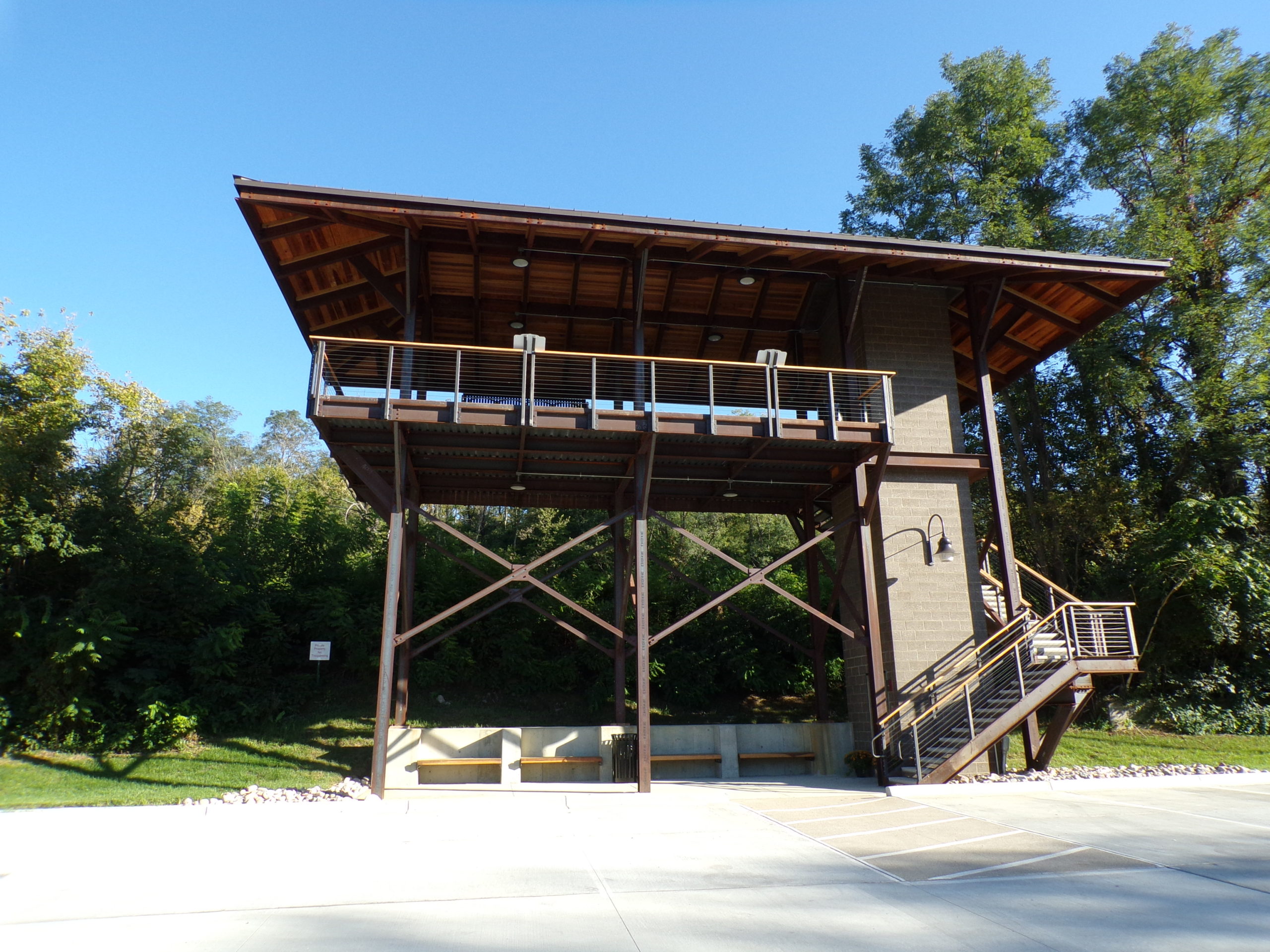 A view of the new railfan viewing tower and platform in Ludlow, Ky.
David T. Rohdenburg 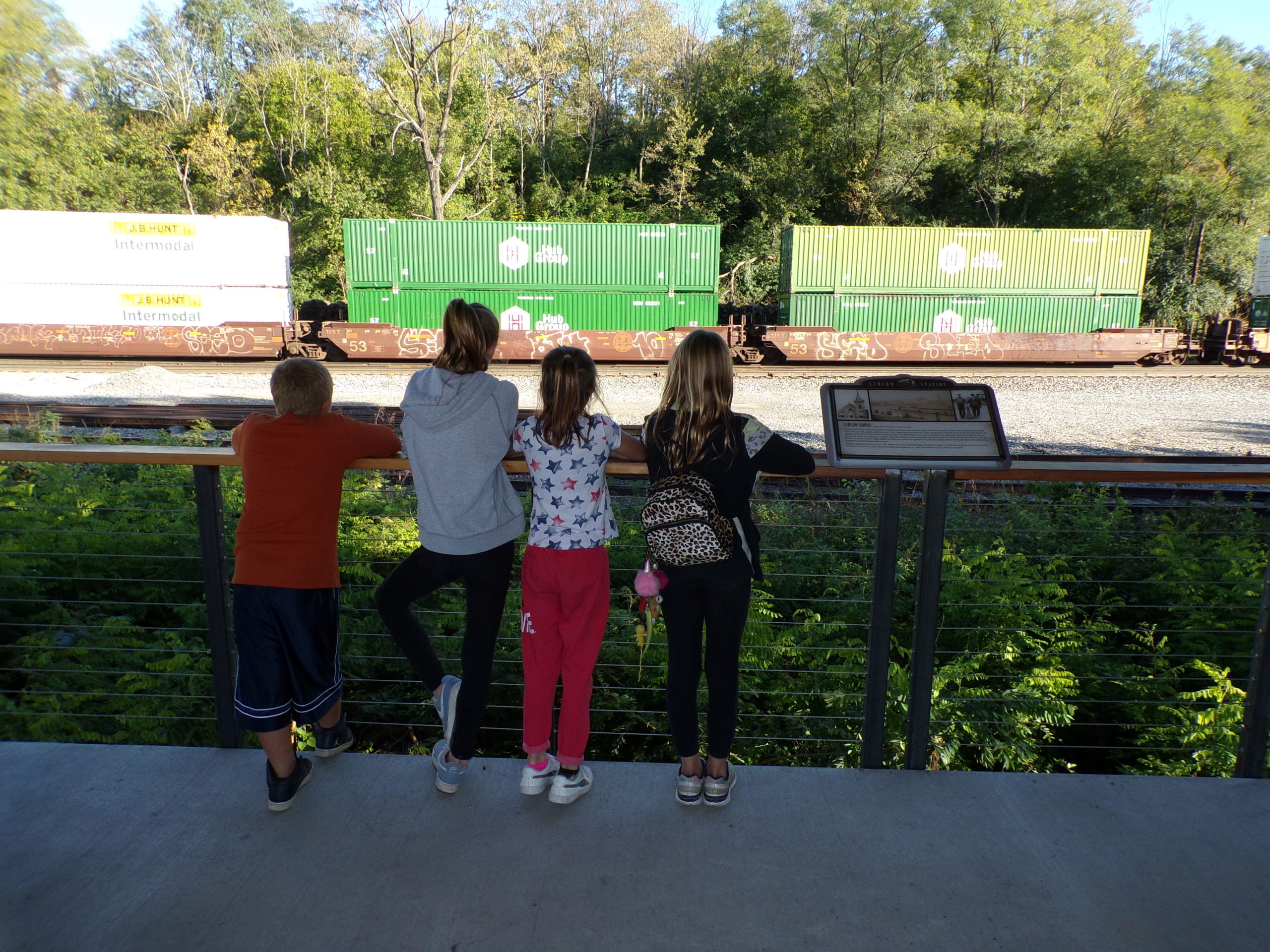 Children gather at a new railroad viewing platform and tower along Norfolk Southern tracks in Ludlow, Ky.
David T. Rohdenburg
LUDLOW, Ky. — Railfans have a new place to watch trains now that officials in a Cincinnati suburb opened a purpose-built tower and platform.

On Oct. 13 the City of Ludlow held a grand opening ceremony for their new rail viewing platform. The two-story platform features an elevator as well as stairs to take railfans up for a trackside view of trains battling the famous Erlanger Hill on Norfolk Southern’s Cincinnati, New Orleans & Texas Pacific line, which hosts up to 60 trains every 24 hours, as they climb or descend the grade. In addition to the trackside elevator, the platform also features benches and historical plaques recognizing the history of the railroad in Ludlow. The platform was built on a former vacant lot on Elm Street next to the Ludlow Police Station.

Ludlow, a small community directly across the Ohio River from Cincinnati, is where the Southern Railway maintained a locomotive shop and yard for their Cincinnati connections. The shops are still standing, but are no longer in use, and the yard is used mostly for car storage. Ludlow itself was built around the railroad, and at one time much of the town’s population was employed by a Pullman car shop in town.

“The city hopes we will attract railfans from across the U.S. to the greater Cincinnati Area,” she says. “Railfans are known for their enthusiasm, and so many have visited our city over the years, but without an appropriate viewing area. This provides a safe place with a unique view.

“I think the uniqueness of the view, and the platform being located a block and a half from our downtown can allow rail fans to immerse themselves in rail viewing as well as rail history. Our history was greatly shaped by rail, and the community embraces our history.”

The city envisions the platform playing a big part in future events.

Jon Glass, a Norfolk Southern representative, says that while NS was not directly involved in the project, the railroad is pleased that railfans and the public now have a safe place to watch trains.

Chamberlain says the idea to build the platform came about thanks to a suggestion from the public, which a city council member forwarded to administrators. After researching the idea more, the city went ahead with plans for the tower and platform in 2017.

While the platform unofficially opened to the public in late August, some amenities were not in place yet, such as the benches and plaques, so the grand opening was held once that work was completed. The site has already become popular with local railfans and neighborhood residents alike.