Latest ridership figures down 95% from a year ago 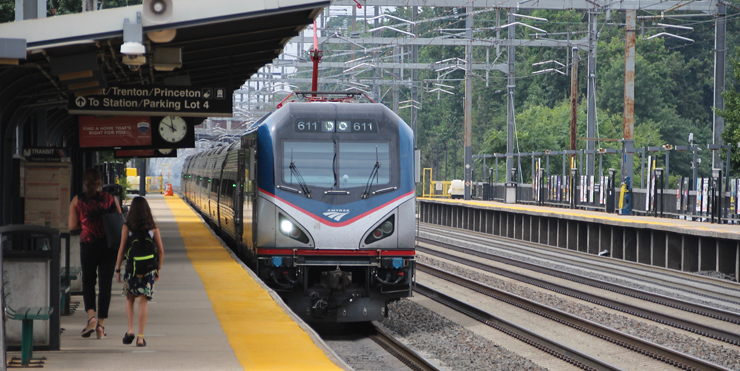 A northbound Amtrak Northeast Regional train passes through Princeton Junction, N.J., in August 2019. As of Monday, Northeast Corridor operations are down to 10 trains between New York and Washington.
TRAINS: David Lassen

The incoming leader showed the troops he was quickly immersing himself in details of Amtrak operations by recounting quick reactions made by Auto Train personnel following the derailment of northbound train 52 on March 26.

“We want to recognize the entire Sanford (Fla.) Auto Train crew for their responsiveness and dedication to our customers last week as a result of the train 52 derailment, which had 10 auto carriers go off the rails,” Flynn said. “Thankfully, no one was injured, but 89 vehicles were damaged and 300 customers were inconvenienced.

“Starting with the onboard service crew and Sanford station (staff) … mechanical, transportation, and engineering teams worked together around the clock, providing essential support to get the auto carriers back to Sanford.”

Though the train proceeded to the Lorton, Va., terminal after leaving the derailed equipment with damaged vehicles behind, Flynn said Amtrak customer service personnel arranged to have 100 rental cars available for the displaced passengers within 2 hours of the train’s arrival. A 17-member emergency response team was dispatched to Lorton and continued to support passengers “by getting baggage and personal effects returned to them and (arranging for) vehicle replacement.”

Auto Train resumed service in both directions on April 2.

Flynn also heaped praise on front-line Amtrak car cleaning, onboard service, and station employees “who go to work every day providing great service in these difficult conditions. And thanks to call center personnel for dealing with customers who changed or cancelled reservations with patience, grace, and courtesy.”

Earlier in the call, Anderson reviewed ridership statistics for the week, compared with the same period in 2019:

— Overall bookings are down 95%, with Northeast Corridor off 98%, state-supported service off 93%, and long-distance ridership falling 87%.

— Daily train frequencies have been cut from 309 to 156, with 77% suspended in the Northeast Corridor.

On Monday, April 6, with the temporary Palmetto cancellation [see “More cuts set for Amtrak regional service,” Trains News Wire, April 4, 2020], only 10 trains are running from Washington to New York (including three long-distance trains that do not accept local passengers northbound) and just four are scheduled from New York to Boston.

In response to an emailed employee question, Senior Executive VP and Chief Commercial Officer Stephen Gardner said Amtrak has no plans to screen passengers for COVID-19. “We are not qualified to undertake mass testing (and) we don’t have the ability to control who is coming on board once they purchase a ticket, but we can reinforce the good guidance that’s out there and we will work with … officials to help them implement health checks should they be required.”

He later revealed that the company has suspended communal dining in its dining cars. With fewer passengers traveling, there is no need to seat patrons at the same table.

Looking ahead, Gardner said he believes “service will come back incrementally — it’s not like a snowstorm; we need to pay attention to this and be nimble because there might be areas of strong demand that will come back quickly. Of course, we will be working with our state partners who will determine how much service we have on routes they help support.”

Flynn added, “We’re planning for several scenarios where the recovery pattern might be different in specific regions — gradual or a big jump.”

Flynn then shared a personal story.

“I was 7 during the recession of 1960-1961. Dad was a locomotive fireman on the New Haven and was furloughed for 5 or 6 months. He took a job at the post office during the Christmas rush — I do remember that time. So when I say our goal is to have no involuntary furloughs, I mean it.”