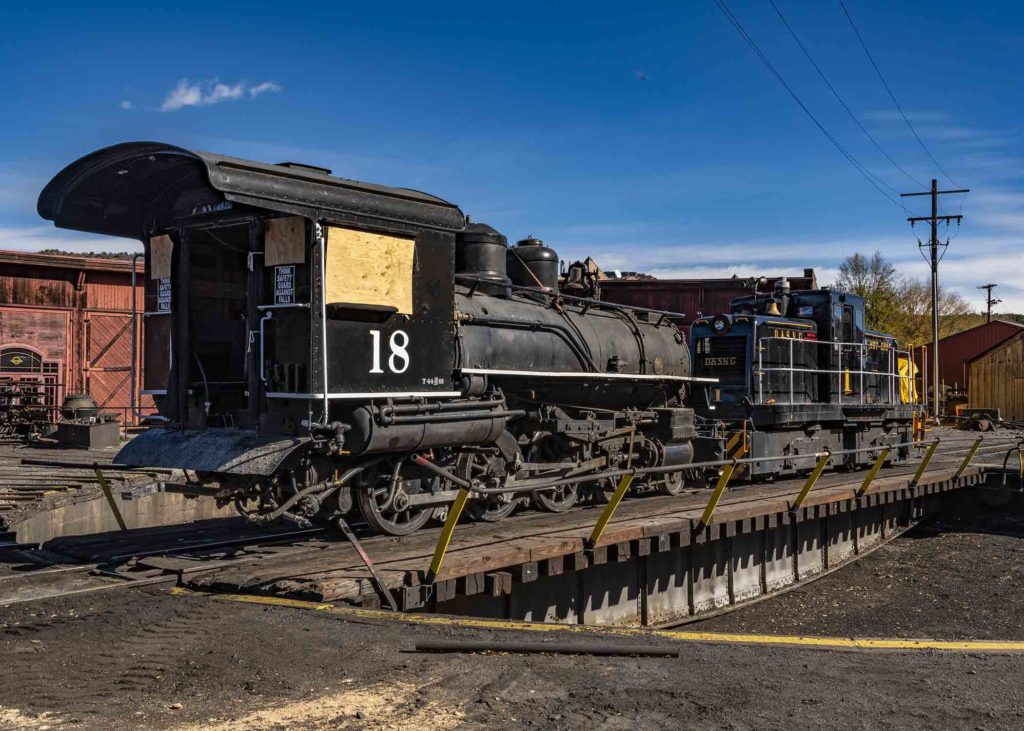 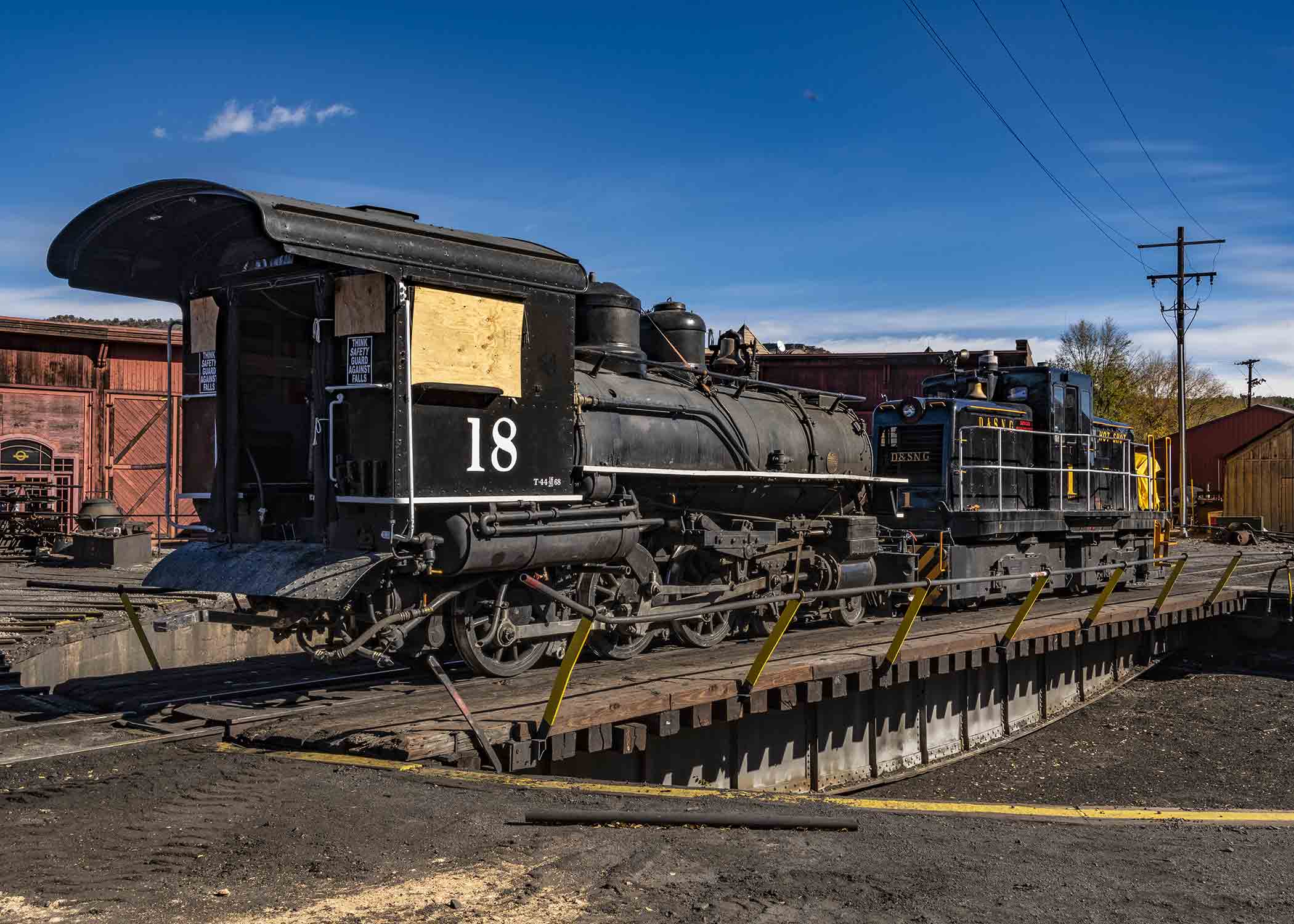 That’s the thought going through the minds of shop crews at Durango & Silverton this morning as they contemplate steaming Southern Pacific 4-6-0 No. 18, which arrived by truck from California over the weekend. No. 18’s whaleback tender arrived late last month from its home in Independence, Calif.

A short-term lease of the 1911 Baldwin, last used by the Southern Pacific on its isolated narrow gauge line in eastern California until 1960, was hammered out between Inyo County, which owns the locomotive, and the Durango & Silverton.

Once the locomotive and tender are remarried in Durango, they will be used to train Durango & Silverton employees on how to maintain and operate oil-fired steam power. In addition, Durango & Silverton will operate excursion trains with No. 18 on select Thursdays in January and February 2019. The Colorado railroad also is in the process of converting Denver & Rio Grande Western K-37 No. 493 to oil firing.

No. 18’s visit is the latest in a long list of narrow gauge luminaries to visit the D&S. The other notable steam locomotive has been privately-owned 4-4-0 Eureka, based in Las Vegas.

The locomotive was restored to service by volunteers with the nonprofit Carson & Colorado Railway, headed by Dave Mull. It is scheduled to be in Colorado until June 2019.

5 thoughts on “SP No. 18 arrives in Durango NEWSWIRE”