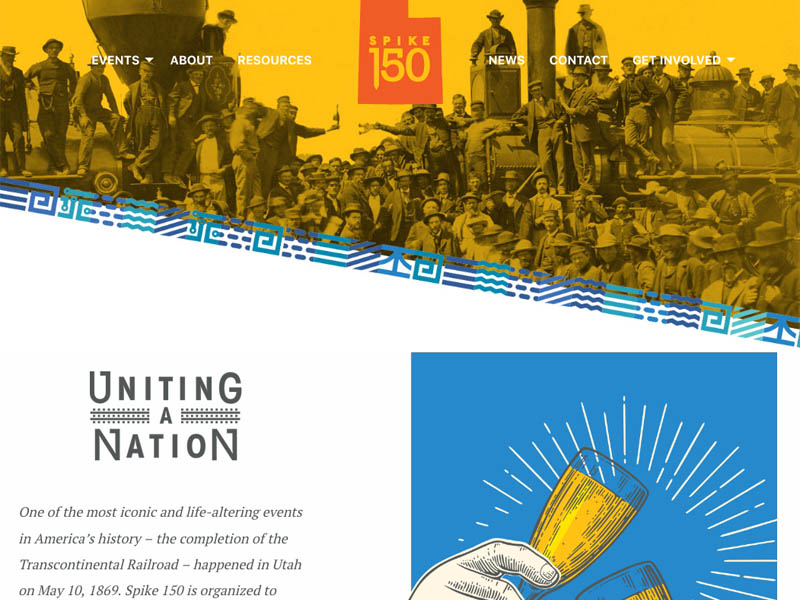 The Spike 150 website already lists about 100 events across Utah.
SALT LAKE CITY – While railroad enthusiasts and history buffs are anxiously awaiting news of when Union Pacific Big Boy No. 4014 will hit the main line in May, officials in Utah say there are already dozens of events to celebrate the 150th anniversary of the Golden Spike to put on your calendar.

Gubler says the Spike 150 website already lists about 100 events across Utah this spring to celebrate the sesquicentennial. They hope to top 150 events before May 10.

Some events are already underway. The Brigham Young University library in Provo has a exhibit titled “Golden Spike: 150 Years of Utah Railroad History” running from now until June. “The Race to Promontory” at the Utah Museum of Fine Arts features images of the first transcontinental railroad by Andrew Joseph Russell and Alfred A. Hart drawn from the Union Pacific Railroad Museum collection. The exhibit runs through May. “Chinese Helped Build the Railroad – The Railroad Helped Build America” is a special exhibit from Stanford University that is currently on display at Salt Lake City Viridian Library in West Jordan. And at Weber State University in Ogden, “Spike 50: The 1919 Parade in Ogden” looks at how the 50th anniversary of the golden spike was celebrated a century ago.

Although details are still being worked out about what the first week of May will look like, Gubler says it’s sure to be an exciting series of events centered around Ogden and Promontory. There are also plans for a fireworks show at dozens of railroad depots across the state on May 10.

For more information, go to spike150.org.